The Acer Aspire AT3-710-UR52 is a system that offers a real bang for the buck, especially if you’re looking at options to upgrade in your PC in future. It has the same 8GB memory as the Core i5-powered ASUS M32AD, though the latter comes with an NVIDIA GeForce GTX 960 gaming graphic card.

Not always do you bump into a desktop PC that subtly balances affordability and performance, the Acer Aspire AT3-710-UR52 does exactly that. With a speedy sixth-generation Intel Core i5 processor, 8GB of memory, a bit of room for expansion, and Wi-Fi (a rarity among budget tower PCs).  It will appeal to the Facebook and Pinterest faithfuls, the college kid, the basic home/office user, but it still comes in as one of the most affordable.

To the low price, the system is awesomely compact, with a small form-factor (SFF) design, that will fit most anywhere – even in a dorm room or office desk. In fact, it gives you the same bang for the buck as the Acer Aspire ATC-780-AMZi5, our Editors’ Top Pick for budget desktop PCs, it’s still a worthy contender, thanks to one of the pocket-friendly prices we’ve seen all year.

The Aspire AT3’s midtower chassis measures 15.6 by6.9 by 18.2 inches (HWD), weighs 18.4 pounds and is fashioned from black painted chassis with a hairline finish. The top is molded to conveniently store your smartphone while you charge it and sync it using one of the two front-mounted USB 3.0 ports. You’ll also find headphone and microphone jacks and an SD card reader on the front face of the system. Also hidden in a pop-open door is a DVD burner in case you need to rip some CDs or install programs from DVDs.

On the back you’ll find audio line in/out ports, an Ethernet port, two HDMI (out) ports, two more USB 3.0 ports and two USB 2.0 ports. For a budget PC, the connectivity options are on point as they allow you to hook multiple peripherals, including that dual-monitor setup when needed. As a bonus, the system comes with 802.11 ac Wi-Fi and Bluetooth 4.0. Obviously, the system comes without a monitor, you’ll have to buy it separately, the 21.5 inch HP Pavilion LED HDMI Monitor won’t be a bad choice, either. Bundled into the package is a wired keyboard and mouse.

Inside, there is enough room, and a few sweet spots for expansion. Here we’re looking at a spare RAM slot if ever you need to expand beyond the included 8GB. The system supports to a maximum of 16GB total, which is a bump from the 4GB found in many budget PCs. There is a free PCIe x1 slot and an available PCIe x16 graphics card slot, but if you’re going to add one, make sure you install a midrange or lower graphics card.

The Aspire AT3-710-UR52 has a 300-watt power supply, which is quite common for the inexpensive desktop category. The internal expansion slots are rounded by a single hard drive bay and a single optical drive. You’ll have to choose between the two., since there is a single SATA bay, but you have one ½ M.2 slot that offers decent expandability.

Thankfully, the system boasts a spacious 2TB, (albeit slow 5400rpm) SATA drive. Lately, we’re seen the snappier SSDs trickle down into the desktop category, but including it in a budget PC will only push the price upwards, so we’re safe with the traditional spinning hard drive. After all, 2TB out of the box is more than enough for downloads and other files.

While budget is a consideration, performance is a major highlight we can’t afford to ignore. The system comes with a 2.7GHz sixth-generation Intel Core i5-6400 processor (up to 3.3GHz) with Intel HD 530 built in. All these combined with upgradable 8GB DDR3 system memory and Windows 10 (64-bit), will have the job done, and it helps keep the price low.

With a CPU mark averaging ~6520 points, the system eschews competing systems like the ASUS M32AD or even the Acer Aspire ATC-780-AMZi5, our Top Pick for the budget category. This far, the machine outpaces Intel-equipped systems like the Dell Inspiron Small Desktop 3000 Series. Essentially, you will be fine using the Aspire ATC-780-UR61 for at least the next five years for day-to-day tasks like editing in office apps, video conferencing, and web browsing.

Budget desktops are never meant for gaming, and this is one thing that makes this, otherwise potent, system less desirable to gamers. The integrated graphics engine, referred to as Intel HD 530 will Play some latest titles but with little eye candy. For instance, if you plan on choking it around with GTA 5, the much you getting is ~25FPS in normal settings and 720p resolution.

However, for the casual gamers who preach League of Legends and the likes, you can have your play at maximum settings and still enjoy smooth frame rates. Otherwise for a real gaming warrior, you’ll have to look upwards at the likes of the CyberpowerPC Gamer Ultra GUA3100A Gaming desktop.

The Acer Aspire AT3-710-UR52 is a system that offers a real bang for the buck, especially if you’re looking at options to upgrade in your PC in future. It has the same 8GB memory as the Core i5-powered ASUS M32AD, though the latter comes with an NVIDIA GeForce GTX 960 gaming graphic card. On just all the other factors, the two desktops are effectively equals–safe for the Core i5 processor, but the additional storage means you can store all your movies, music, media projects without the need for an external drive. 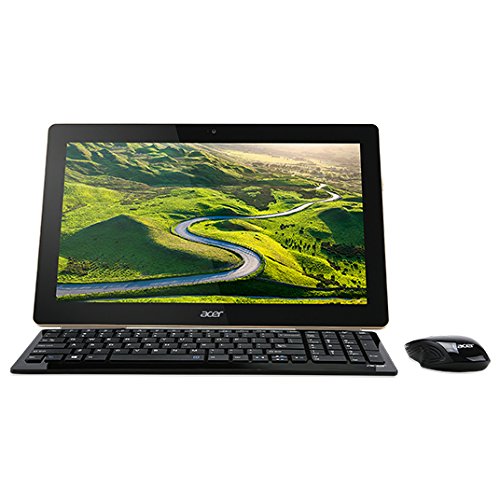