The Acer Aspire ATC-780-AMZi5 is a solid budget desktop PC, with features that will keeps basic PC users satisfied, and to that it throws Wi-Fi connectivity and enough room to grow into something bigger through upgrades.

The Acer Aspire ATC-780-AMZi5 packs discernible power into a good-looking small-form factor (SFF) chassis, alongside some real-estate to grow into something big. For anyone on a budget, a speedy sixth-generation Intel Core i5 processor, 8GB memory and 2TB of storage are hard to pass by. To that, add Wi-Fi connectivity (a rarity among budget tower PCs) and you have a full-fledged general-purpose PC, with enough muscle to handle most daily productivity tasks.

It’s expandable, so it can grow with your family; and, though it doesn’t have the mind blowing processing speeds we’ve seen in some desktop PCs this year, it still holds its own in the budget category. The ASUS G11CD-WB521 gives you a big boost in performance, thanks to its latest Pascal-based NVIDIA GeForce GTX1070 graphics card and remains our Editors Top Pick, but the ATC-780-AMZi5 represents good value for the power it offers.

The ATC-780-AMZi5’s mid-tower chassis measures 15.67 by 6.89 by 17.4 inches (HWD), weighs 18.4 pounds and is fashioned from black painted chassis with a hairline finish. On the top is a tray that comes handy when you want to put your smartphone as it charges or sync via one of the USB 3.0 ports. On the upper deck you have a tray-loading DVD burner, in case you need to rip some CDs or install programs from DVDs. You’ll also find two USB 3.0 ports, headphone and microphone jacks and an SD card reader on the top face of the system.

On the back, you’ll find audio line in/out ports, an Ethernet port, an HDMI port, one USB 3.0 port, and a VGA port. This is excellent connectivity from a budget PC, and you should be able to hook up the majority of peripherals, including that old VGA LCD panel you still want to use. The system comes with 802.11ac Wi-Fi and Bluetooth 4.0.

On the inside, there’s a lot of real estate, and some spots for expansion. The system has two memory slots, although occupied, but you can remove one or both in case you want to expand beyond the included 8GB. The system supports up to 16GB total, but 8GB is double the 4GB found in many budget PCs. There is a free PCIe x1 slot and an available PCIe x16 graphics card slot, but if you’re going to add one, make sure you install a midrange or lower graphics card.

The system has a 300-watt power supply, which is common for inexpensive desktops. A single hard drive bay and a single optical drive bay round out the internal expansion spots. You’ll have to choose between the two, since there’s only one SATA port free to service an additional drive. Bundled into the package is a wired keyboard and mouse, you’ll have to buy a monitor separately.

One thing that stands out in the ATC-780-AMZi5 must be the massive storage. It comes with a spacious 2TB, 7,200rpm SATA drive installed, giving you lots of space out of the box for storage. This is double the storage we’ve seen in most budget desktops, including the Acer Aspire ATC-780-UR61 and ASUS M32CD, both of which come with 1TB hard drive storage. Recently, we’ve seen SSDs and hybrid drives trickle into the desktop category, but for a budget PC they’d only serve to bump the price, so we’re just safe with the traditional rotating hard drives.

Performance is a highlight, since the system comes with a sixth-generation (Skylake microarchitecture) Intel Core i5-6400U processor, 8GB RAM and Intel HD 530 graphics. This processor clocks 2.7GHz, but can hit 3.3GHz in turbo mode, meaning you can do some basic multitasking without shivering. Since the system comes with Windows 10 pre-installed, a processor with a CPU mark averaging ~6520 points is more than sufficient for day-to-day computing.

In fact, it will give you better performance than Intel-equipped systems like the Dell Inspiron 3000 Series. Essentially, you will be fine using the Aspire for at least the next five years for day-to-day tasks like editing in office apps, video conferencing, and web browsing.

Budget desktops are never meant for gaming, and this is one thing that makes this, otherwise potent, system less desirable to gamers. The integrated graphics engine, referred to as Intel HD 530 will Play some latest titles but with little eye candy.

For instance, if you plan on choking it around with GTA 5, the much you getting is ~25FPS in normal settings and 720p resolution. However, for the casual gamers who preach League of Legends and the likes, you can have your play at maximum settings and still enjoy smooth frame rates. Otherwise for a real gaming warrior, you’ll have to look upwards at the likes of the CyberpowerPC Gamer Ultra GUA3100A Gaming desktop.

The Acer Aspire ATC-780-AMZi5 is a great choice for a budget desktop, especially if you want the option to upgrade in your PC in the future. It has 1TB more than the Acer Aspire ATC-780-UR61, although both have Wi-Fi makes them impressive as you won’t be buying a wireless adapter. On just about all the other factors, these two desktops are effectively equals, but the spacious 2TB storage means that you have enough room to store all your movies, music videos and other downloads.

The ASUS G11CD-WB51 gives you a big boost in performance, thanks to its latest Pascal-based NVIDIA GeForce GTX1070 graphics card and remains our Editors Top Pick, but the ATC-780-AMZi5 represents good value for the power it offers. 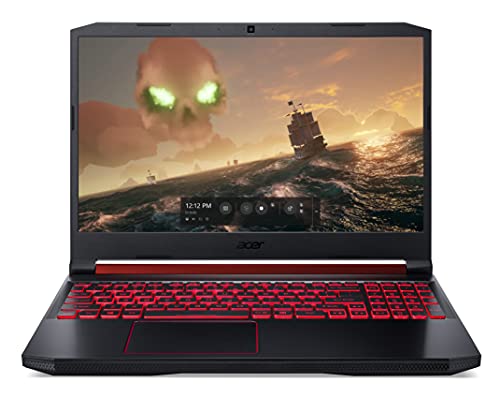