The Acer Aspire E 15 E5-573G-52G3 is a top-notch desktop-replacement laptop with power and hardware designed for strenuous daily tasks, long battery life, a full HD 1080p screen, all at a fairly inexpensive price.

The is a full-featured midrange desktop replacement laptop that will certainly provide strong overall performance, but priced at the lower end of the midrange laptops category. At its category range, we’d expect the system to come with one or two glaring compromises, but the Aspire E 15 E5 ties the loose ends and surges forward with well-rounded features, including a fast 5th Generation Intel Core i5 processor, 8GB of memory, a 1080p display and Windows 10 pre-installed. For the price, the Acer Aspire E 15 E5-573G-52G3 has extra props such as solid performance and discrete graphics card to unseat the Toshiba Satellite C55-C5241 as our Editors’ Choice midrange desktop-replacement laptop.

On the Aspire E 15 E5 you get a fairly attractive design set on a black, textured exterior that mimics the look of brushed aluminum that we’ve been seeing lately in most of ASUS’ laptop releases. The textured exterior coats the laptop’s entire exterior, and while it doesn’t feel overly cheap, it’s not a real substitute of a more premium metal. The same plastic covering is replicated in the interior keyboard housing, though with a textured diamond pattern. The unit is thin enough at 1.1 by 15 by 10.1 inches (HWD), but looks can be deceptive as it weighs in at 5.29, it isn’t as light as it appears.

The display is not touch-capable, but depending on your needs, that might not be a negative. A touch screen would only serve to drive up the system’s price further, and the recent release of Windows 10 (pre-installed in the system) has lessened the dependence on touch navigation. Similar systems that do offer touch screens, such as the Lenovo Edge 15 and the Lenovo ThinkPad Yoga 15, are generally pricier. Acer serves up a well-designed, comfortable keyboard and full numeric pad with keys that provide a satisfying click and a pleasant soft feel, though no backlighting.

The Acer Aspire E 15 E5-573G-52G3 is powered by a 5th Generation 2.2GHz Intel Core i5-5200U processor paired with a discrete NVidia GeForce 940M graphics card with 2GB of video memory. This is quite good for a utilitarian system, as the combination promises on stable performance and power in daily computing. In our productivity tests, the system did amazingly well by scoring 2,473 points on the PCMark 8 Work test and 259 on the CineBench R15 tests.

The E5-573G-57HR is not a high-end gaming system, but it is capable of running at least moderately demanding games, given its discrete graphics card, Core i5 CPU, and 8GB of memory. We took it on a road test, and it produced playable 29.3 frames per second (fps) and 33.4 fps on Heaven and Valley tests respectively.

It does not quite offer the clarity or wide viewing angles of an In-Plane-Switching (IPS) screen, but the picture is sharp and can be viewed reasonably well from most angles. More expensive midrange systems like the Acer Aspire R14 R3-471T-77HT and the Lenovo Edge 15 lack IPS displays as well, and the ASUS N550JX, which does have one, is priced on the higher tier.

Unfortunately, the same experience does not extend to the touchpad, which tracks smoothly once it gets moving, but does not feel particularly sturdy. When you touch it, there’s a rattling sound, and its loose clicks reverberate through the whole pad. You can also hear and feel the touchpad shake when you set the laptop down on a desk or other hard surface.

Connectivity options include two USB 3.0 ports, one USB 2.0 port, a VGA port, an HDMI port, a headset jack, and an Ethernet port. There’s also Bluetooth 4.0, integrated 802.11.ac wireless, and an SD card slot, but the laptop does not feature an optical drive. The system includes 8GB of memory (expandable to 16GB) and a spacious 1TB hard drive.

The Acer Aspire E 15 E5-573G-52G3 leads the desktop-replacement pack, with its top-notch features such as a better display, more powerful gaming and processing capabilities than similarly priced machines. While the system lacks touch capability and won’t play your 3D games or play the majority of titles on high settings; it’s a modest option that still costs at least several hundred dollars less than a specialized gaming laptop.

And in the course of writing this, the Acer Aspire E5-573G-56RG (a new version of the 573G series) has just popped up with double the VRAM for a few more bucks, perhaps you can as well give it a look. Thanks to its strong performance, stable multimedia performance and hardware components that compare well with more expensive midrange systems, the Acer Aspire E 15 E5-573G-52G3 unseats the Toshiba Satellite C55-C5241 and is our Editors’ Choice midrange desktop-replacement laptop. 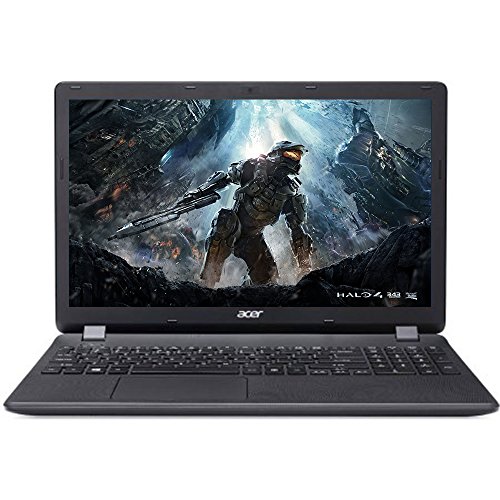