The Acer Aspire GX-281-UR11 is a budget gaming desktop that delivers good performance at a very reasonable price. While it may not be the most powerful, it packs useful port options, and good expandability in case you need to make it bigger in performance.

How do you tell a gaming desktop from a mainstream PC? Usually, you’d look out for a boxy build, a Sci-Fi inspired design, a splash of RGB lighting on the case, and a red-black-blue profile. So, you’re forgiven to assume the Acer Aspire GX-281-UR11  isn’t a gaming PC right away. In fact, were it not for a pair of red LEDs on the front panel, it looks identical to the Acer Aspire ATC Series of regular desktops.

Despite the understated design, this latest entrant into Acer’s budget gaming line packs an Nvidia GTX 1050 graphics card and AMD’s Ryzen 5 processor, which translates to a computer that’s just fine for midrange gaming, video editing, 4K media consumption – and can be had for a reasonable price.

The overall design of this PC invokes ‘subtlety’ as the name of the game. The body of the Aspire GX-281-UR11 is made of a black case, while the front panel gets a ‘gray-ish’ motif, a tongued red LED just beneath the ports on the front, and red ribbing accents along the edges on the front panel. There’s an Acer logo at the top of the front panel, beneath it is a sliding optical drive, and a couple of input ports. The overall effect gives the system, a rather, mainstream look and feel.

Rarely do you get to praise a gaming PC for its design, as it can be used in an office setting, but the Aspire’s design is surprisingly pleasant – a little bonus. While it gets a few RGB lighting on the case, the Acer UR11 has a lot in common with the Acer Aspire ATC-280-UR11. Both almost share a chassis and skeleton. This makes the chassis a tad smaller than most of its competitors, measuring a compact 15.67 by 6.89 by 18.24 inches (HWD).

I/0 port selection is excellent. On the front, you’ll get the much-sought USB 3.1 Type-C port and a USB 3.1 Type A port, while two more Type-A USB 3.1 ports and four USB 2.0 ports are found on the back. Also on the front are: a power button, an SD card slot, and a DVDRW optical drive. The system supports up to three displays connected via its DisplayPort connector, HDMI port and DVI port; and, some iterations get an optional wireless charging deck for your phone. Internet connectivity comes in way of an Ethernet port, while wireless connectivity comes via 802.11AC Wi-Fi and Bluetooth 4.0.

As far as expandability, you have a few options – just not a bunch of them. There are four DIMM slots, which can hold up a total of 64GB of memory, and two available M.2 slots for additional storage drives. Since the system sticks to 1TB 7200rpm storage, it makes sense to throw in a fast SSD to speed things up. Still, as configured, this gaming PC is quite ready for the target demographic.

What’s inside? A 3.2GHz AMD Ryzen 5 1400 Quad-Core Processor, NVidia’s GeForce GTX 1050 (2GB DDR5) graphics card, 8GB of memory and 1TB 7200rpm hard drive. This is similar to the iBUYPOWER AM801Va Gaming PC, which also sports 8GB memory and a GTX 1050, and the same Ryzen 5 CPU, and offers nearly identical performance. The CYBERPOWERPC Xtreme GXiVR8060A5 gets a boost of an Intel Core i5-7400 and a GTX 1060 card, which translates to improved performance over the AMD-powered systems.

There are lots of ways to measure a system’s performance, but for a gaming PC, gaming tests are the ideal metrics. The Acer Aspire GX-281-UR11 managed a respectable, but not earth-shaking 40 fps on the Hitman benchmark tests played at 1920-by-1080 resolution, which is fairly below the desktop average of 82 fps, while similarly priced systems scored better; MSI Trident (78 fps) and ASUS VivoPC X A80CJ-DS51 (61 fps), both are outfitted with GTX 1060 GPUs.

On most games, expect the same level of performance, like 28 fps on Grand Theft Auto V at 1080p, AT Very High settings, with the average being 77 fps. Both the MSI Trident and Asus VivoPC X will deliver anything between 35-46 fps. We consider a score of 30 and above to be playable.

With its understated planning and design, the Acer Aspire GX-281-UR11 can be used for gaming and work. With a dedicated GTX 1050 graphics card, it isn’t the most powerful but, it will allow you play modern games at full HD, though 4K will not be within reach. As configured out of the box at 3.2GHz, it scores well in productivity, though it comes behind Intel Core i5-powered systems, though not far much behind. Multimedia projects should be a breeze, as well, should you need to encode a few videos or edit photos between gaming sessions.

All said, the Aspire GX-281 is designed as a gateway to desktop for budget-conscious shoppers, it fits the bill, and can play most games at medium settings. Plus, it allows for seamless upgradability. But if you’re married to speed and don’t mind some ‘bling’ the CYBERPOWERPC Gamer Xtreme VR GXIVR8060A4 is worth a look as it costs almost the same, delivers solid, VR-capable gaming. 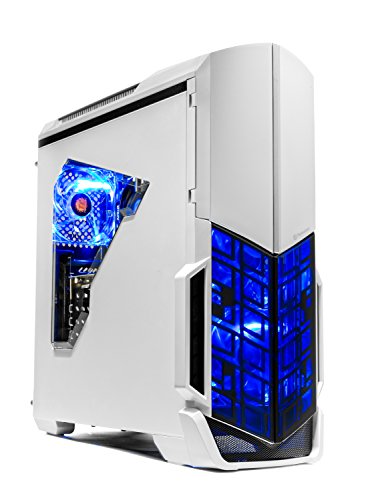