Our review model, the Acer Chromebook R11 C738T-C7KD hits a sweet spot in pricing, design and performance; making it a great yet affordable machine for getting a bit of work done, perfect for college and more importantly one you can occasionally break out as a tablet replacement. 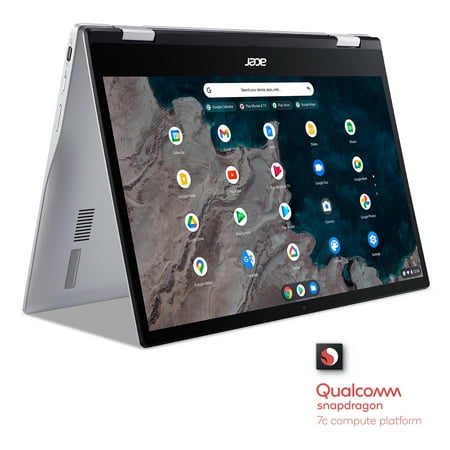 The Acer Chromebook R11 is inspired by the Apple MacBook Air, but our review model, dubbed the Chromebook C738T-C7KD is stylish and can convert from clamshell mode to tablet mode thanks to a 360-inch and an 11-inch touch screen. Unlike its Apple inspiration, the Chromebook R11 is affordable but delivers a competent convertible experience, complete with a beautiful display, long battery life a comfy keyboard.

If we were to compare the Acer R11 to other Chromebooks, we’d have in the same level the Dell Chromebook or our favorite, the Asus Chromebook Flip. But, the C738T-C7KD is a lot better than competing Chromebooks, thanks to its 360-degree hinge. That doesn’t make it the fastest in the room, you can leave raw processing power and RAM capacity to the Apple Air and Windows laptops. However, Chrome OS isn’t tailored for touch, and that holds this hybrid from earning our Editors’ Choice award.

The Acer Chromebook R 11 is largely housed in a thin, black plastic chassis with a matte finish. Where that design stands out, however, is on the lid that of the machine, which features a texture black panel that looks and feels great. Despite being a largely plastic affair, the Acer C738T-C7KD feels surprisingly sturdy in the hands, with little to no give whatsoever.

Port selection is typical for a budget Chromebook. There is a single USB 2.0 and a single USB 3.0 port, each on opposite sides. You also have a full-size HDMI port with HDCP support, a headphone jack, and an SD card slot for transferring files and photos.

For the display, we expected something better than the 1,366 x 768 resolution screen on the R11. That being said, this is by no means out of the ordinary for this market segment and price point, and the screen on the Acer convertible is pretty as good as they come.

When you need to edit documents and do some general web browsing, the 11-inch display is up to the job.

It’s bright enough for prolonged use, and the viewing angles are impressive thanks to the in-plane switching (IPS) technology. Likewise, media looks great and motion is quite crisp in the several movie clips you’ll be watching. The only complaint here, though, is the contrast level, which while it isn’t horrible, it isn’t amazing either. As such, we can’t really recommend doing any hardcore image editing job on the Acer Chromebook R11, but it should work just fine for writing, browsing the web and YouTube binge watching.

The idea of using the Chromebook R11 in standard laptop mode, as a tablet, or in tent mode means you’re going to be putting the touch panel to use at some point. While some will be excited over the touch option, touch input with Chrome OS is a bit of a mixed bag. All that stems from the fact that you’ll be letting Chrome do most of the work with a non-touch optimized web, hitting your touch targets can be difficult sometimes, meaning some may not readily want to leverage the C738T-C7KD as a complete tablet replacement.

The speakers are excellent, producing crisp and clear sound even when maxed out. Bass output is lacking, something we expected, and that’s par with most laptop speakers. For the price, audio output on the R11 beats even more expensive 2-in-1s hands down. 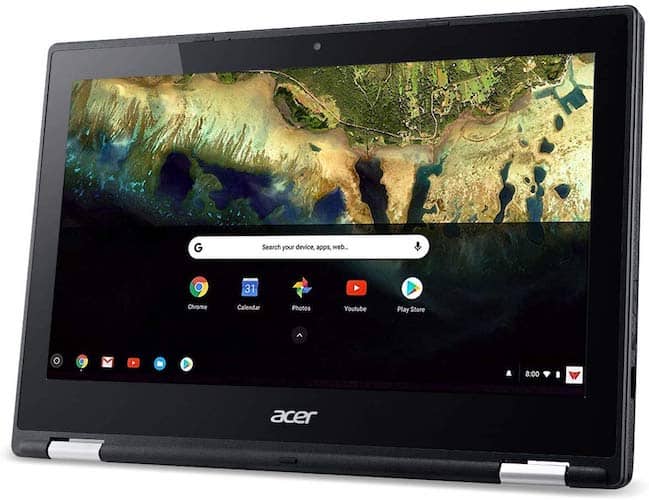 If you’re coming from a traditional notebook, let’s say, a MacBook Pro, you may initially not care for the Chromebook R11’s keyboard for its softer action. However, the more you use it, you’ll come to like it. The spacing between keys are a smidge wider, but tapping them feels nice and you might find yourself back to typing at normal speed. Another highlight here is the texturing on the keys, which has a tad more grip to keep you grounded while your fingers hit the keys.

But as much as you may love the keyboard, the trackpad may not add up as much. When pressing down, there is a noticeable mushy feeling before it clicks, and the amount of pressure needed to initiate a click doesn’t feel consistent from press to press. Also, Acer claims that the Chromebook 11 features a “click anywhere” trackpad, but with the overly different levels of pressure needed to initiate, you’ll find yourself defaulting to the bottom corner every time.

The Chromebook C738T-C7KD performs admirably on most tasks, albeit with a few minor hiccups. The combination if the Intel Celeron N3060 processor and 4GB of RAM keep things surprisingly fluid, even when typing in a Google Doc with a couple of YouTube videos streaming in the background. In fact, that’s pretty much you’ll be doing with a Chromebook.

You’ll notice some minor hiccup in performance with the Acer R11, however. Occasionally, Google docs seems to struggle with keeping up with fast typing. The lag is infrequent and typically works itself out in a second or so, but it does break the typing train several times when doing a long document.

Also, when switching between the dozen or so tabs, opening a new tab and loading something like Facebook or YouTube takes a little patience than it would ordinarily take. The experience can be unbearable especially if you’re coming from a fully decked-out laptop as your daily driver, but it isn’t the worst either. Storage comes in way of 32GB flash storage paired with Intel HD graphics 400, both typical of sub-$300 Chromebooks, which means there’s nothing to complain about here.

Acer claims around 10 hours of battery life for the Chromebook R11, and that’s surprisingly close to true. This is great for those shopping for something portable and one that can last all day, particularly in the education market where Chromebooks call the shots.

With brightness set around 50-60%, the C738T-C7KD lasts just over nine hours between general web browsing, watching a video in-between, and typing away a document. Given the generally accepted efficiency of chrome OS, this isn’t at all surprising, but it’s a great stat nonetheless. Compared, both Dell’s Chromebook 11 and Asus’s Chromebook Flip last just over eight hours, which is also fine.

The Acer Chromebook R11 certainly isn’t going to turn heads, it isn’t the best in Chromebook computing, but its design is a dream come true for budget hunters. The textured finish on the lid combined with a build that feels pretty solid make the laptop feel great in the hands. Of course, there are more sexier laptops on the market, and it’s no competition to the all-metal MacBooks out there, but its not lacking its own little appeal.

The laptop’s battery is up there with the best of them, soaring slightly ahead of the Chromebook competition. To that list add great overall performance on most basic tasks, a bright screen that works well enough for the binge video stream, and the Acer Chromebook R11 C738T-C7KD not only feels good in the hands, but feels superb to use as well.

Overall, the Acer Chromebook R11 C738T-C7KD is a solid buy if all you need is something that will last a full day without sacrificing screen brightness, perform well under pressure and overall pack up a solid web browsing experience. 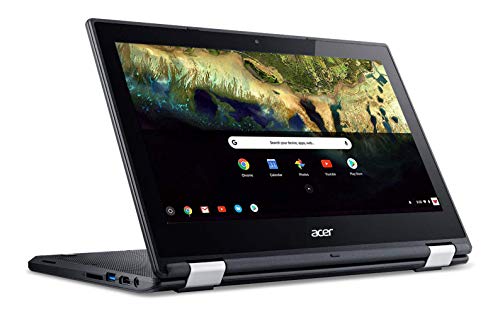