The Acer Swift 5 (SF515-51T-73TY) isn’t very cheap compared to today’s flock of ultraportables, some of which offer gaming aces, but it performs well where it matters and sports a premium look, making it ideal for business executives. 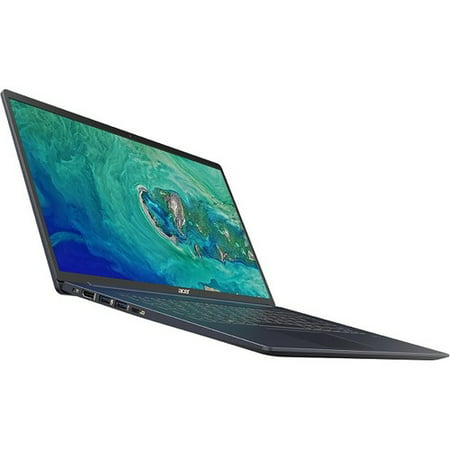 Acer is on a mission to deliver ultra-thin laptops that are very portable, at any cost. Many times, that quest for thinner and lighter laptops leaves a few compromises. With the Acer Swift 5 (SF515-51T-73TY), however, it seems like the company finally managed to create a reliable, stylish and versatile laptop at a great price. The Swift 5 under review is an improved version of the Swift 3, and for a few more dollars over its predecessor, it nets you an improved display, better performance on everyday computing tasks, and remarkable battery life.

Mind you, expect a few drawbacks, like a so-so touchpad, which means that like nearly every ultraportable, this Acer SF515-51T-73TY is a study in compromises. But it walks the line better than many.

The Acer Swift 5 is a very slim laptop that you can carry on daily commute without boggling you down. It measures 0.63 by 14.09 by 9.04 inches (HWD), and weighs in at 2.2 pounds. That’s pretty thin and light for a 15-inch laptop, but not entirely unique as we have the likes of Asus ZenBook 3 that takes the honors of being the lightest ultraportable around, weighing just over 2 pounds. The silver color looks easy on the eyes as it looks premium, but it isn’t as beautiful as the gold-themed Acer Aspire 7 we reviewed last year.

The touchpad is huge, accurate and comfortable to use. Nestled in a slight recess above the touchpad is a lovely, black, Chiclet-style keyboard that is utterly a striking inverse of the touchpad below it. Being non-backlit makes it less impressive, though still functional with plenty of space between keys considering the Swift 5’s thin profile.

Meanwhile, the Swift 5 (SF515-51T-73TY) is one of the latest ultraportables to decide against QHD resolution (or higher) for a humble 1080p on its 15.6-inch screen; joining the HP Spectre and Asus ZenBook 13.  After all, the choice for 1080p instead of 4K or QHD actually gives the Swift 5 a performance boost as its less demanding on the rest of the hardware, and to some extent contributes to longer battery life.

It isn’t a super AMOLED or Retina Display, but it delivers an impressive 105 percent color reproduction on the sRGB gamut, better than the 95 percent average (Dell XPS 13-94 percent; HP Spectre-100 percent). The ASUS ZenBook 3 scores slightly well, at 111 percent. Also, although the display’s accuracy leaves much to be desired, its brightness averaged 319 nits, which is so far the highest we’ve seen for the 301-nit category average.

For a lithe ultraportable, port selection is striped to the bare minimum. All you find here are two USB 3.1 Type-C ports and headset jack on the right–there isn’t anything else. Wireless connectivity comes via 802.11ac Wi-Fi. Those who like Skype, the integrated 1280 x 720 will come handy though it takes grainy pictures. As always, thin design and great audio rarely go together, and the Swift 7’s bottom-mounted speakers didn’t perfect on that. We had distortion problems during testing, but the output was pleasantly crisp at moderate volume.

Our review unit of the Acer Swift 5 is powered by an 8th-Generation Intel Core i7-8565U processor, 16GB of RAM and a 512GB SSD – all of which make it an above the fold productivity machine. Again, considering the thin profile, it makes for an excellent business laptop that easily rivals Lenovo’s ThinkPad as it now offers a TPM Security Chip for securing your data.

Apart from the ThinkPads’ sturdy construction, the security feature is one aspect that has kept most business executives going the Lenovo way. Asus now offers the same level of security in a stylish, portable and powerful ultraportable.

Acer also offers a lower configuration of the Swift 5 (SF515-51T-507P) that packs an Intel Core i5-8265U processor, 8GB RAM and 256GB SSD storage, making it quite impressive both on paper and on productivity. There’s more good news from the hard drive option. It’s a solid state NVMe-based drive that offers read speeds of up to 1,097 megabytes per second and write speeds of 964 MB/s. It doesn’t set any record, but it’s much better overall.

Well, the new Intel processor doesn’t do much to change the level of graphics performance. You’re getting the usual Intel HUD graphics, and that can only mean basic gaming performance for older 3D titles, and even then, you’ll only play at lower settings. If you need something portable that lets you play while not working, both the Asus ROG Zephyrus S and Razer Blade 15 are good alternatives.

The Swift 5 will last almost through a work or school day. It lasted 78hours 26 minutes during tests, which better than the mainstream average of 6 hours 14 minutes. The Acer Aspire E 15 offers more than 10 hours battery life, which is equal to a whole day plus commute in both directions.

The Acer Swift 5 isn’t very cheap compared to today’s flock of ultraportables, some of which offer gaming aces, but it performs well where it matters. It is a decathlete, meaning it’s able to switch from productivity apps to creative multimedia work and then to the enjoyable. It’s a particular powerhouse for business productivity tasks and video editing and a poor man’s workstation for number-crunching with large datasets. And its screen is simply gorgeous. 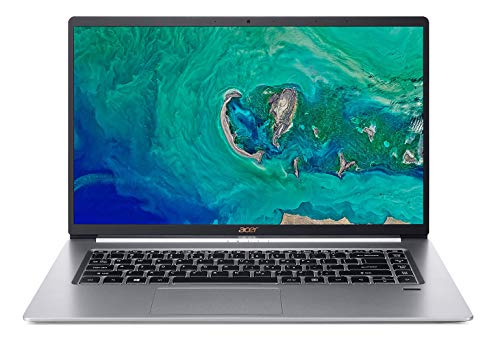