The Alienware 15 ANW15-7493SLV does not quite match the gaming performance of the Aorus V3 Plus X3 or the Razer Blade (2015), it is relatively affordable. If it wasn't for its poor heat management and thick, heavy case.

If you are not on a budget and in search of a gaming laptop that offers the best in gaming stability, build quality and upgradeability, then the Alienware 15 ANW15-7493SLV is the ultimate laptop that you can settle on. While it’s bigger and heavier than gaming notebooks of similar size, the Alienware 15 offers solid graphics performance for less than the competition and offers longer than average battery life for a gaming laptop.

It comes with an already pre-installed with Windows 10 that offers unique user experience that differs from previous versions of Windows.

Bucking the trend of glossy displays, the Alienware 15’s IPS anti-glare screen is a joy to behold. The 15.6-inch, 1920 x 1080 display lacks the slight haziness I’ve seen on non-reflective displays while also producing good brightness and vivid colors that make watching movies or games a pleasure. When I viewed the trailer for San Andreas, I got a sort of a guilty pleasure watching Mother Nature’s towering blue tidal waves and building-shattering earthquakes turn Southern California into a detailed heap of broken glass and rubble. And with a screen that remains sharp and vibrant from almost any angle, it’s easy to share a movie with a friend.

The Alienware 15 features Klipsch stereo speakers positioned on the front side of the laptop, enhanced by Creative’s Sound Core3D-EX DSP (digital signal processor) and paired with Sound Blaster Pro Studio audio software so you can customize a whole range of settings, including the equalizer, jack setup, mixer, sound positioning, voice recording and more. However, it is important to note that even with copper heat sinks, the Alienware 15’s cooling system doesn’t keep it cool enough.

In terms of connectivity, the Alienware 15 utilizes the left, right and back sides. On the left, there are two USB 3.0 ports, separate headphone and microphone jacks and a port for power, while the right features Ethernet, an SD card reader and the remaining two USB 3.0 ports.

On the back, there’s HDMI and mini DisplayPort, along with the proprietary connection for the Alienware Graphics Amplifier. It has an impressive 2-MP Webcam that takes pictures at 1920 X 1080 and videos at 30fps. It also features a Intel dual-band 802.11ac Wi-Fi and Bluetooth 4.0.

For storage, the Alienware 15 features a 256GB M.2 SSD boot drive and a large 1TB 5400 rpm HDD, so space for your files will never be a problem. There is 16GB of DDR3L RAM memory to ensure that programs and games open quickly with minimum loading times. Multitasking runs smoothly so you can check email, browse the Internet, and more.

The Alienware is powered by a 4th Gen Intel Core i7-4710HQ CPU, with a 6 MB cache and up to 3.5GHz clock speed, using the Turbo Boost Technology, you will definitely enjoy everything you run on this laptop at the max. Also, it comes with 16GB of DDR3L memory, while a NVIDIA GeForce GTX 970M card is in charge of the graphics department. With 3GB of dedicated GDDR5 video memory, expect nothing but some spectacular visuals.

The Alienware 15 ANW15-7493SLV does not quite match the gaming performance of the Aorus V3 Plus X3 or the Razer Blade (2015), it is relatively affordable. If it wasn’t for its poor heat management and thick, heavy case, the Alienware 15 might be the top choice for portable gaming. Even so, for gamers not on a budget looking for mobile gaming, the Alienware 15 offers a lot of value in a pricey market. 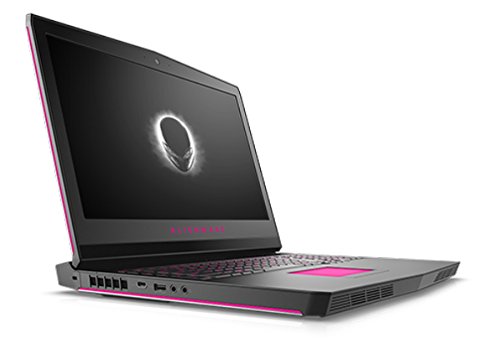