The new Amazon Echo Dot (4th Gen) once again delivers the best of sound quality and Alexa integration in a redesigned spherical design, but the Echo Dot with Clock is better value. 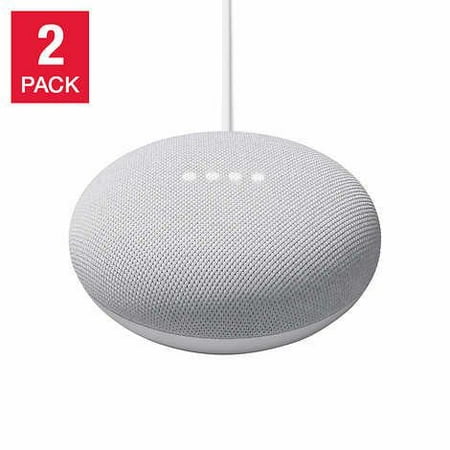 Our favorite little Alexa speaker is back with a timeless all-new design. The Amazon Echo Dot (4th gen), just like the full-sized Amazon Echo has gone spherical for 2020, and it looks more awesome than ever. And while the new design doesn’t come with any obvious spec bumps – at least on paper – but, in day-to-day use, Amazon’s best-value speaker is better than ever, and it remains a top pick for smart-home buyers on a budget.

Over the past few years, the Amazon Echo Dot in its various versions has stood out as the best choice for people who are just getting into smart home tech but want to take the first baby steps. With such an easy step and very low-price tag, it’s proven to be one of the best ways to get connected to tech without spending too much money, committing a lot of time, and investing lots of energy.

In that context, Amazon manages to deliver this small, sphere-shaped device that provides a compact home for Alexa to live inside your bigger home. It also packs in enough sound performance to fill most medium-sized rooms – although audiophiles stay warned, this isn’t going to replace/compete with your sound system.

This newest iteration of the Dot, the Amazon Echo Dot (2020), rides on the legacy laid down by all previous Echo dot devices that came before it – a stylish, small, and decently loud device, and thanks to Alexa, it’s a smart, too.

Simply put, while the Echo Dot (2020) is aesthetically different from the models that came before it, it carries forward more of last year’s Echo Dot (3rd Gen) to your home. Not a bad thing at all considering how much we loved the previous model, and many that came before it.

The fourth generation of the Amazon Echo Dot went on sale in mid-October 2020 and was priced at $49 at launch (see links for the latest price). It’s available in three colors: Charcoal, Glacier White, and Twilight Blue.

For around $10 more, you can get the 4th-generation Echo Dot with Clock, which has the same design as the Echo Dot, but has an LED panel that shows the time, and weather, and can be used as a timer. Also available for sale is the Echo Dot Kids Edition, which comes with either a fun panda or tiger motif, alongside a one-year subscription to Amazon Kids+ (FreeTime Unlimited).

The 3rd-generation Echo Dot is still available while supplies last, and it goes for a much lower price. There aren’t many other cheap smart speakers available for sale right now, but the closest competitor we can think of is the Google Nest Mini which cost around the same price as the Echo Dot.

In designing the new Echo Dot (4th Gen), Amazon took a completely different approach: Gone is the plastic hockey puck of the first two generations, and the fairly fatter fabric look of the third, in its place, a sphere that’s slightly larger than your average cricket ball. The spherical chassis is divided into two parts: a layer of hard mesh and a plastic piece at the back with rubber feet on the bottom so that it doesn’t slide or scratch your table.

There’s also a plastic translucent ring along the bottom that serves as the LED indicator light, telling you when Alexa is listening (blue), when the microphone is muted (red) or when the speaker’s network connection is lost (yellow).

At the top, there are four control buttons – volume up, volume down, mic off/on, and a button that launches Alexa. You won’t necessarily need to use them if you don’t want to – since all of them can be replaced by voice commands – but they are worthwhile additions for anyone who prefers to interact with the Echo Dot manually.

When you flip the speaker around, you find a power connector and a 3.5mm aux jack that doubles as a line out to send audio signals to an external speaker. That’s a great feature considering the Echo Dot’s less-than-stellar sound quality, and it’s just disappointing that the 3.5mm aux doesn’t double as a line in port as it does on the full-size Amazon Echo.

Beneath the top layer is a single 1.6-inch full-range front-firing speaker. This tiny-but-powerful speaker is the source of the entire frequency range of the Echo Dot, and the results, well…a mixed bag.

Also included on the inside is a microphone array and we don’t have any complaints at all, provided the Echo Dot can hear us over the full blaze of our music and process the commands correctly.

Of course, smart speakers are more than just playing music, and currently, it’s a two-way race between Amazon and Google to see who has the smartest digital assistant in the room.

When it comes to smart home skills, though, Alexa is ahead of Google Assistant in a couple of key areas.

The first has to be with smart home routines. Though Google recently added the ability to create routines based on your (or family members’) location, it is only available for use with smart lights and Google’s Nest Thermostats and home security cameras. Alexa’s Routines, on the other hand, not only offer geolocations as a trigger but also take inputs from other smart home devices, which gets you closer to an automated smart home.

Another clever feature with Alexa is Alexa Guard, which will use the microphones in the Echo Dot or any Alexa speaker to listen for such things as smoke alarm or glass breaking and push alerts if it hears anything. You can also link Alexa Guard to several DIY home security systems, too.

Furthermore, Amazon has partnered with several companies so that you can pair smart home devices such as lights and sensors directly with Echos, and use them as smart home hubs. In fact, with the launch the Amazon Fire TV Omni, you can even use your Echo Dot as the TV’s speakers. The Echo Dot can also use the new motion-sensing feature, which relies on ultrasound to detect when people enter or exit a room. That’s a bit like what the Echo Show already does, but without the camera.

Now, when it comes to sound quality, the Amazon Echo Doth (4th Gen) shines in on the midrange, delivering clear vocals in songs and emphasizing speech in podcasts. Elsewhere, the soundstage isn’t particularly wide, instead, you get fairly shallow sound with little separation between instruments.

The spherical shape might lead you into believing that it offers 360-degree sound, but in reality, you’re getting pretty focused, directional audio that’s at its best when you’re standing a few feet in front of the Echo Dot. Not a bad thing at all, but it’s worth noting.

While the third-generation Amazon Echo Dot sounds a bit constrained, the new Dot is a lot crisper and clearer, with the enhanced distinction between each instrument on a track. It can also reach louder volumes without distortion, although it’s not a speaker you’d routinely want to push past 5/10 on the volume dial. Still, both generations of the Echo Dot are better than the Google Nest Mini, too.

I don’t want to emphasize this: but there are limits to the kind of sound a $50 speaker can churn out. All I can say, however, is that Amazon has once again made me reconsider my opinion of what those limits can be: the Dot is a truly wonderful choice for the price, and while it skimps on the full-sized Echo’s 3in woofer, most non-audiophiles will be absolutely satisfied with it. Even the big audiophiles will find some value here, especially when listening in a smaller room.

Plus, it can always be paired with a second Echo Dot for stereo sound, and an Echo Sub to offer the missing bass – although in that case, you’re certainly going to spend a lot more, and you may wonder why you didn’t just spend that money on an Echo Studioinstead.

Where the new Echo Dot falls downs a little is in its smart capabilities. While Alexa is a few odd years ahead of the Siri digital assistant, Google Assistant makes it feel a little dated, both in terms of understanding the questions you ask, and the quality of answers it returns.

Not a big problem though. Personally, I rarely find myself needing much from my digital assistant, preferring instead to Google stuff myself. Therefore, if you’re like me and tend to use Alexa just to play music, get the weather and hear the occasional joke, then the Echo Dot is an excellent choice.

With the 4th generation Echo Dot, Amazon has once again delivered an affordable smart speaker that packs lots of quality features, at a very palatable price. However, while I think the new spherical shape is beautiful, it doesn’t serve much purpose. At first, I was convinced it now delivers 360-surround sound, unfortunately, that’s not the case.

Again. Unlike the larger echo, which is designed to be more of a central entertainment device, the Echo Dot’s purpose remains to be more of a personal smart speaker; to that end, I certainly prefer the older hockey puck shape. (And, it’s now available for sale at a much lower price).

Is it worth buying an Echo Dot?

Yes. Alexa is no Google Assistant, but you should seriously consider Alexa to be a worthwhile bonus. Personally, I like the sphere shape of the Echo Dot with Clock, as it raises the display a bit and makes it easier to read. For my money, I’d opt for the Amazon Echo Dot with Clock; it’s just $10 more, but the addition of a clock makes it infinitely more useful. 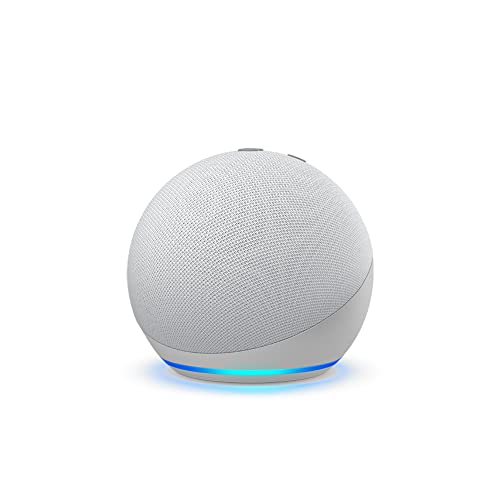