As Apple fanboy #45, I always wait for each new release of the top-of-the-line Apple MacBook Pro with bated breath…so do many others. The Apple MacBook Pro MJLT2LL/A 15.4-inch with Retina Display is one of those system we all waited for, and true to our expectations, it does set new benchmarks in the MacBook line.

For Mac power users, here is something that’ll put a smile on your faces, including art director, film editors, photographers, videographers, and the like. Obviously, the first question is, “how unique is this MacBook from the other models?”. In this case, we’d say it’s different only in a few aspects.

For instance, you have 16GB memory which is now standard, up from 8GB; a larger 512GB of PCIe-based flash storage. The Core i7 processor is definitely a couple of hundreds of megahertz faster, although it doesn’t necessarily translate into faster performance.

That said, the 15-inch MacBook Pro suffices as an excellent laptop for power users, a veritable object of lust, therefore it earns our Editors’ Choice award for high-end desktop replacement laptops.

In this model, we’re only seeing a couple of changes, but most features remain unchanged. The aluminum and glass unibody exterior remains untouched from the previous iteration. The MacBook Pro MJLT2LL/A measures 2.17 by 15.51 by 11.06 inch (HWD), and its weight is still below 5 pounds, 4.5 pounds to be exact. Connectivity options are on point: HDMI port, a headset jack, SDXC card reader, two Thunderbolt ports, and two USB 3.0 ports.

For business users, the missing Ethernet port can be quite limiting. No worries, you can easily add one with Apple’s Thunderbolt Gigabit Ethernet Adapter. For wireless connectivity, you have 802.11ac Wi-Fi and Bluetooth 4.0; though. The 802.11ac is not very common in the Windows platform, though we’ve seen it trickle in some premium systems like the Dell XPS 13 Touch that offers the faster wireless protocol.

On the keyboard, you still have the same excellent black keycaps with well contrasted characters. It is a back-lit keyboard, making it easier to read the silver-on-silver illumination than most competitors. The glass-covered trackpad is well-proportioned, and multi-touch function is made awesome by the Force-Touch feature.

Currently, we do not have a Mac available with a touch screen, and we don’t expect it anytime soon, though that’s not a drawback since OS X, and even the recently announced MacOS aren’t optimized for touch.

The Apple MacBook Pro MJLT2LL/A comes with a quad-core 4th generation Crystalwell 2.5 GHz Intel Core i7 processor with Intel Iris Pro Graphics AMD Radeon R9 M370X with 2GB GDDR5 video memory and 16GB memory. This is a low voltage processor, meaning that it delivers extended battery life without sacrificing system performance. To that, add 16GB of memory and a 512GB of speedy PCIe-based Flash Storage, and you have all the power on your laps. The PCIe-based flash storage module is akin to SSDs that we’ve seen on most Windows-based notebooks.

The system’s memory can’t be upgraded, though, most will find it more than sufficient, but the Flash Storage is technically upgradable. By technically we mean. You’ll have to get a compatible PCIe Storage Module, purchase a special P5 pentalobe screwdriver for the specialized screws on the bottom lid. In short, it is not very upgradable, and so are most notebooks and ultrabooks these days.

The on-board Iris Pro graphics card is undoubtedly Intel’s high performance version. We are inclined to assume that performance is improved to a point that Apple opted to use Iris Pro while shelving its base mode of mid-level discrete graphics found in older MacBook Pro iterations.

This will give gamers butter-smooth frame rates on almost all modern titles, but video editors and photographers will be the happiest. Ideally, the system will be able to pull through most 3D games, better than Windows laptops with integrated Intel graphics. Perhaps discrete workstations graphics are the only ones that might deliver faster 3D performance, but still the MacBook Pro has its graphics in order for most complex tasks.

The 15.6-inch IPS display sports a stunning 2,800-by-1,800 resolution, which is by every pixel higher than the 2,560-by-1,440 resolution we’ve on high-end laptops, like the Toshiba Kirabook 13 i7s Touch, although it is still lower than the 4K UHD 3,840-by-2,160 screen on the Lenovo Y50. It is a Retina Display, and the bundled OS X Yosemite automatically scales the screen to crisp levels, provided that the application you’re using is Retina display ready.

A few days ago, Apple just announced MacOS Sierra which replaces the OS X sequence, and we’re hopeful to see it the next crop of MacBooks that will be released later this fall. Still, text is scaled to crystal levels, viewing HD videos in full resolution on both Safari and Chrome is unmatched. Contrast this with the Kirabook 13 i7s Touch, where you have to continuously adjust the scaling, and you realize why the MacBook Pro is every power user’s laptop of choice.

Having used MacBooks for a while, I can attest that using a Mac is not awesome, always. It’s fun and games, until you get aw project that requires an older version of a program (like Microsoft Office for Mc 2008, for example), whereby scaling of images and texts really eats on the quality. If we get nitty, the system doesn’t have a matte screen portion which might not be acceptable among folks that aren’t into screens with glossy glass.

Battery life on a MacBook Pro is always on point. Up to 9 hours of juice on an incredibly powerful machine isn’t a walk in the park. However, Windows competition is starting to muscle on Apple’s dominance with models that are delivering longer battery before you can plug into a power outlet. Some of the worth contenders include, Dell XPS 13 Touch (9:33), Samsung NP900X5L-K02US (11:29), and the Toshiba Kirabook 13 i7s Touch too manages to beat the 8-hour mark.

The Apple MacBook Pro MJLT2LL/A with Retina Display is still the laptop of choice for power content-creation tasks, thanks to a high-resolution screen and enough power. If you’re a power Mac user upgrading from a pre-Retina Display MacBook Pro (or MacBook Air), this laptop is certainly worth the move.

However, for users on a budget but want the power and larger display, there exist high-end Windows systems, like the ASUS ZenBook 13 (UX325EA-XS74) that offer almost similar performance, design, premium materials and stable day-to-day speed for far much less.

In 2021, Apple have updated the MacBook Pro line to feature the newer M1 chip, which means more power and better battery life for the favorite Pro line. As such, the new Apple MacBook Pro ‎MYDC2LL/A is our newest Editors’ Choice, featuring the Apple M1 Chip, 8GB RAM and 512GB SSD storage. 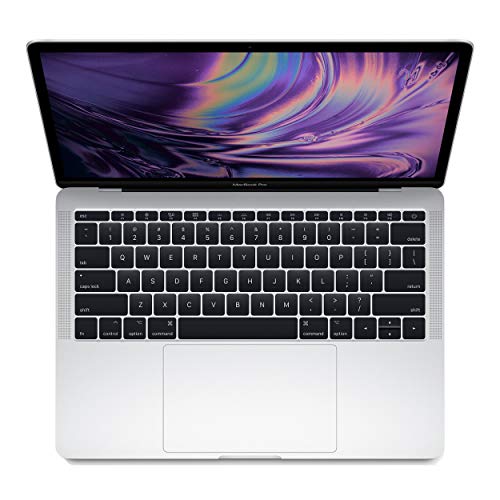