The Apple MacBook Pro MLH12LL/A brings some genuine innovation to the Mac Faithfuls since 2012. Here we’re looking at a sleek Touch Bar, a sleek design and class-leading performance for a 13-inch laptop.

For the Mac faithful, the release of a new gadget, especially MacBook, comes with a surge of expectations and in late 2016 the folks down at Apple in Cupertino, CA didn’t particularly disappoint. They gave us new Macs with a touch bar for both the 13.3 and 15.4 inchers and some notable redesigns and performance tweaks.

The Apple MacBook Pro MLH12LL/A is the 13.3-inch iteration boasting better connectivity, a speedy 2.9GHz Core i5 processor, making it a solid performer than the base model.  But the real deal rests on Apple’s new Touch Bar with Touch ID, which opens your world to a versatile row of function keys, while at the same time giving you an intuitive way to interact with your programs and data.

In the new MacBook, we’re seeing a more refined build quality and the performance we’ve come to expect of Apple’s other devices all in one place. Even with that, we still have a few rough edges including the new shallow keyboard, that means you need more time to get used to it, as well as the need to either make a switch over to the USB-C/Thunderbolt 3 infrastructure or stash a selection of adapters into your laptop bag. If you can put up with the changes, though, it suffices as a lighter, versatile, more powerful MacBook Pro and among the best ultraportable laptops you can buy without a second thought.

Since 2012, its now that the MacBook Pro is getting revamped, and overall, that’s a good thing-though we expected more. Like the base model that comes without a Touch Bar, with the same chassis, the system measures 0.59 by 11.97 by 8.36 inches (HWD), and this version weighs 2.98 pounds (0.01 pound less than its brother).

It’s about half a pound lighter than the 2015 model, and this makes a difference if you need an ultraportable to carry around. Still, its smidgen deeper than our Editors’ Choice high-end ultraportable laptop, the Dell XPS 13 Touch, but not to levels that would otherwise make it bulky. Our review unit comes in an all-aluminum Space Gray, but you can also opt for the Apple MacBook Pro MLVP2LL/A which comes in Silver color, for folks who prefer a traditional Mac aesthetic.

The keyboard is one area most avid users will to be a little disturbing. If you’re an editor or a freelancer who spends considerable time typing, the keys here are have very shallow travel, but, they feel better than on the 12-inch Apple MacBook MLHC2LL/A. Plus, its considerably larger than the one we saw on last year’s model, and the fact that it uses Force Touch makes it better.

Its easy to use with palm rejection, which could otherwise be an issue with lots of surface area. The speakers flank the keyboard, and produce clear sound without distortions, and are audible enough to fill a small-to medium-size room easily.

The 13.3-inch Retina display has a resolution of 2,560-by-1,600 and is rated for 500 nits which helps brush off reflections, when working in a sun-drenched office or finishing a project outdoors. Just like its predecessors, the display has a DCI-P3 color gamut, to match the wider range of colors that you can capture with the iPhone 7 and 7 Plus, the iPad Pro, or an actual camera.

This resolution isn’t the best considering that  the competing ultraportables in the same category come with QHD and 4K resolutions including the Dell XPS 13 Touch that features a QHD+ (3,200-by-1,800) screen, while the Blade Stealth‘s display is 4K (3,840 by 2,160).

Connectivity is excellent, at least on MacBook standards. The new MacBook Pro is fitted with four USB-C/Thunderbolt 3 ports, which is double those in the 12-inch MacBook Pro. There are two placed on each side, and you can actually charge the laptop from any of them, alongside a standard headphone jack on the right. While we give Apple credit for including four ports, we’d have preferred at least one USB 3.0 (Type-A) port for connecting older peripherals. What that means is that you’ll have to purchase a USB-C–to–USB adapter if you want to connect a USB thumb drive, a USB-C–to–Lightning cable for your iPhone, and a Thunderbolt 3–to–Thunderbolt 2 adapter to connect a Thunderbolt hard drive.

Port selection is at par with competitors like the HP Spectre 13 and Asus ZenBook 3, but the Dell XPS 13 Touch boasts both USB 3.0 and USB-C/Thunderbolt 3 ports. Apparently, and a third party docking station will come handy or even a monitor with a Thunderbolt 3 cable, but you’ll probably need to buy a bag full of dongles or simply upgrade your peripherals. Yes, we all will eventually adjust, but for now it’s an incomprehensible, costly inconvenience that will annoy most of us.

This configuration is equipped with 8GB of RAM and a 256GB solid-state drive (SSD), though you can go for as much as 16GB of memory and 1TB of SSD space. The RAM can’t be upgraded later, so keep that in mind before you make a purchase. As with all Macs, it comes with several preinstalled apps, including iTunes, iBooks, Keynote, Numbers, Pages, and Photos, so you’re all set to use the system as a home base for your Apple TV, Apple Watch, iPhone, and iPad.

Getting around the Touch Bar

So far, the most interesting new feature, the Touch Bar, an active area that measures about 10 inches wide and just under a half-inch tall, but transforms the space at the top of the keyboard, traditionally held the row of Function keys. Its essentially an auxiliary touchscreen that app developers can use to their benefit; on a lighter note though, Apple have been trying hard not to bring a touch screen to the MacBook, but we now have it – the small size and position notwithstanding.

However, being an actual glass, don’t expect it to be more effective and useful like the function bar and adaptive keys on the 2014 version of the Lenovo ThinkPad X1 Carbon, which integrated a set of backlit stencils into sharing buttons in four modes on the same physical surface.

The Touch Bar functions more like the Apple Watch, if the tactile surface that can change and display graphics or text and thumbnails are anything to go by. Don’t confuse it for a touchscreen, rather, consider it to be more of a workflow enhancer, since it only displays commands, but you have to dig for the menus.

Using it is quite straight forward, especially if you’ve been using Apple products and familiar with the icons. For instance, from the keyboard control panel you can replace any of the Touch Bar’s default functions with specific commands to turn on the screen saver, take a screen shot, activate Sleep mode/screen lock, enable dictation, among others.

If you often use this functions, then the Touch Bar will make have them close for convenience. In case you still need the traditional function keys (and the Esc key), all you got to do is tap and hold the Fn key on the bottom row of the keyboard to call them up on the touch Bar. The bar supports 10-finger touch input, so you can hit multiple buttons simultaneously or use other multitouch gestures as an app requires.

The MacBook Pro MLH12LL/A is a mid-tier laptop so we really don’t expected mind blowing performance, but we expect it to deliver on where it matters. Our review unit came with an Intel Core i5-6267U processor with Intel Iris 550 graphics. This is an improvement over the Core i5-6360U processor with intel Iris 540 graphics found in the base model.

Put side-by-side with the competitors, it crunched solid numbers on day-to-day computing tasks, no doubt due to the combination of the speedy processor and the snappier PCIe-based SSD. On multimedia tasks, it remained competitive, with solid performance Photoshop, though it remained slightly behind the Dell XPS 13 Touch and the new Razer Blade Stealth. Still, it’s a MacBook Pro that we can recommend as being ready for day-to-day graphics works, more reason for a mainstay of the Mac Faithful.

In Q3/4 of 2016, all the recent high-end and midrange I have tested have come with integrated Intel HD Graphics, but it’s the first time the more powerful Intel Iris graphics is making an entry. The difference is clear on 3D tests, and the combination can deliver decent frame per second (FPS) on most modern game titles, though on some you’ll have to do with 1,366-by-768 resolution with the graphics quality set to Medium.

At native resolution and with the graphics settings turned up, frame rates were not quite good enough to be called playable. In other words, you should be able to play 3D games at a casual level, or view 3D interfaces for architectural drawings smoothly, but look elsewhere if you’re heavy into CAD/CAM or want to play graphic-intensive games.

Battery life on MacBooks has always been impressive, and the MacBook Pro’s 9 hours, 27 minutes, on our battery rundown test is nothing short of impressive. That’s enough juice to keep your powered all-day, and is a tid better than the New Razer Blade Stealth (9:20) or the HP Spectre 13 (8:36). That said, the base model of the MacBook Pro endured a bit longer (11:53), as did the Asus ZenBook 3 (12:07), and the ultraportable leader is still the 13-inch Apple MacBook Air (17:36). While Apple is still selling that model, the company has not announced plans to update the MacBook Air line.

The 2016 iteration of the 13-inch Apple MacBook Pro brings into the competition a fresh redesign that is both sleek and capable with impressive interoperability (with your iOS devices, Apple TV, and watchOS) thanks to the Touch Bar. And the power and battery are enough to keep you working all day; you’ll have to adjust to the new keyboard, though, and you might likely need to buy some adapters to get the work done. When USB-C and Thunderbolt 3 are as ubiquitous as USB 3.0 is now, we won’t have any reservations, but until that time, our Editors Choice award go to a system that has both USB-C/Thunderbolt and USB 3.0 ports. The Dell XPS 13 Touch checks all boxes in terms of ports, competitive performance, and a higher resolution screen, and for that, it remains our Editors Top Pick for high-end ultraportable laptops.

An updated MacBook Pro in 2021

Wondering if you should upgrade from an older MacBook Pro? Yes, provided that you will ungrudgingly move from USB 3.0 and Thunderbolt 2 devices to USB-C–Thunderbolt 3. If you have a 2014 or 2015 MacBook Air or MacBook Pro, you should probably hold off, unless you really, really want the Touch Bar. The benefits of the new processor and screen alone aren’t worth the trouble of getting used to the new keyboard and USB-C interface.

If you’re considering the base-level MacBook Pro, we think it’s worth the extra dollar for this model, for its faster processor and the Touch Bar’s potential utility. And if you need more power, the 2021 Apple MacBook Pro is the best you can buy right now, with an M1 Pro chip and tons of processing power. 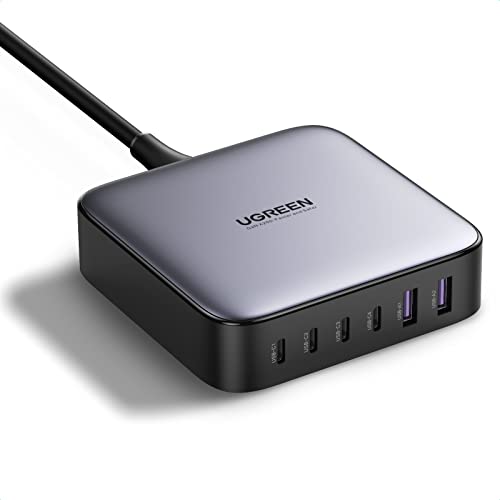