The ASUS F554LA-WS71 offers solid performance that almost matches more expensive laptops. It spots an attractive design and powerful performance to match thanks to an Intel Core i7 processor and 8GB memory.

The ASUS F554LA-WS71 is yet another desktop replacement laptop that keeps pace with the performance of most power laptops on everything else-except for the lower price. Just like the ASUS K501LX-EB71, the F554LA-WS71 offers stable comparable performance with most power laptops, most of which cost upwards of $1500, without necessarily breaking the bank. Be aware, however, that the price won’t necessarily get you all the tweaks and furnishes you see on more expensive laptops such as the Toshiba KIRAbook, most of which cost more. For the price, it certainly deserves a nod as a good gig at a decent price.

On the Asus F554LA-WS71 you get a combination of a not-so-great modern design but complemented by powerful performance, making it your ultimate all-purpose computer. The body features a simple but classy textured finish, that serves as a protective coating while at the same time preventing accidental scratches and annoying fingerprints. The only thing that rivals the design is performance, although we’ve seen a clean metallic design on the ASUS K501LX-EB71 with performance to match, at almost the same price.

The ASUS F554LA-WS71 measures 1.0 by 15 by 10.10 inches (HWD), with a 15.6-inch widescreen display. Its 1366-by-768 resolution is suitable for watching videos and movies, and the screen size provides plenty of visual real-estate for multi-tasking with several windows open or viewing two documents side by side. Weighing 4.9 pounds, the F554 is noticeably lighter than the Dell XPS 15z (5.5 pounds) and MacBook Pro 15-inch (5.5 pounds). It comes with a full-sized chiclet keyboard with backlights.

The layout and typing experience are quite comfortable, thanks in part to keys that are slightly wider than those on other laptops. These keys are also dust-repellent, a thoughtful feature for a desktop replacement that may be fairly stationary. It has a multitouch trackpad, and though its color blends into the palm rest, it is slightly recessed and surfaced with plastic, making it easy to find and use by touch alone. The multitouch features are competent, and the touchpad responsive, but the separate right and left mouse buttons don’t have the same color as the rest of the laptop, and are a bit stiff to click.

On the F554LA-WS71 you get a fairly standard collection of ports, offering 2 USB 3.0 ports, 2 USB 2.0 ports, 1 HDMI output, headphone and microphone connectors, a wired Ethernet port, and a multi-format card reader (SD, MMC, MS). Internally, you’ll find it equipped with 802.11 A/C Wi-Fi. There’s also a slot for a laptop lock on the right hand side, letting you easily secure your laptop when necessary.

The ASUS F554LA-WS71 packs a decent set of components available. The 5th generation 2.4GHz quad-core Intel Core i7-5500U processor is one of the best in Intel’s laptop processor line-up, and Asus complements it with 8GB of DDR3 RAM. For high-end apps, the processor can clock a maximum of 3GHz, and the Turbo feature makes it even amazing. This same combination is found in the ASUS K501LX-EB71, and both laptops have strikingly similar performance results.

So far, these two are among the best below entry-level systems in the desktop replacement category, but they are both outclassed by more expensive laptops like the Dell XPS 15 (Touchscreen) and the Apple MacBook Pro 15-inch , both of which are among desktop replacement laptops in the market.

Despite the higher processor performance rating of the Dell XPS 15 and MacBook Pro, the ASUS F554LA-WS71 can still go toe to toe with either one in terms of multimedia performance. If your hobbies include photo and video editing, the F554 has the chops for multimedia work for half the price of those other two laptops. Sadly, it used common Intel HD graphics but you can still play games but at reduced resolution.

The ASUS K501LX-EB71 outclasses the ASUS F554LA-WS71, thanks to an Nvidia GeForce GT 540M graphics processor, thus, the former makes a strong showing in the gaming department, putting up scores that will please all but the most hardcore gamers.

This system may be considerably more affordable than a top-flight desktop replacement, but it does so at the expense of its feature set. For basic functionality you’ll still find everything you need as far as components and ports are concerned, but the higher-end features, like Blu-ray drives, and WiDi, are all noticeably absent.

For those who aren’t swayed by the lack of bells and whistles, the 1 TB Hard Drive is quite decent for stuffing up your movies and other data, and transfers speeds are at an advantage, especially when using an external HDD on the USB 3.0 ports for programs and media collections alike.

The ASUS F554LA-WS71 offers much of the same core functionality as the more expensive Editors’ Choice laptops, the Dell XPS 15 (Touchscreen) and Apple MacBook Pro 15-inch. Getting that raw power without the price tag means sacrificing some of the finer aspects of those elite machines. If those details are essential to you, then buy either one with confidence.

However, you can do without a few of the niceties and want to save yourself a few hundred bucks, the ASUS F554LA is a smart value buy. If you need better performance in terms of discrete and dedicated graphics, a metallic finish, Full HD resolutions and enhanced gaming and multi-tasking capabilities at almost the same price, the ASUS K501LX-EB71 is worth a long look and is a more recommendable option. 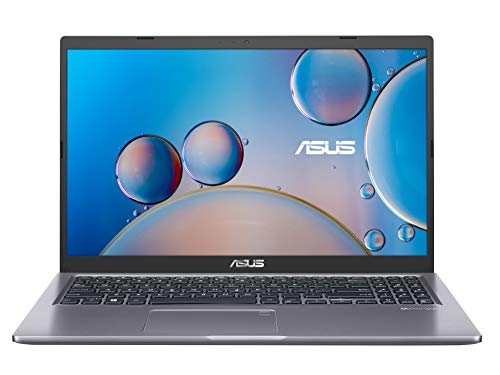