The ASUS F555UA-EH71 is essentially juiced-up version of the AMD A10-powered Asus X550ZA-WH11, providing a bit of extra processing power in the latest Skylake Intel Core i7 processor, but sports the same display, memory and hard drive capacity. There is a corresponding increase in performance due to the upgraded components, but it isn’t really a game changer without other upgrades like a better case and a backlit keyboard.

Asus has maintained a solid line of laptops, especially the desktop-replacement, and the ASUS F555UA-EH71 is no exception. This midrange desktop replacement has 8GB of memory, a 1TB hard drive and the latest 6th generation (Skylake) Intel Core i7 processor. But while it performs faster on our tests than the Acer Aspire 5 A515-56-50RS, our Editors’ Choice in the desktop replacement category.

The difference in performance isn’t that huge, but it maintains similar features to the Asus X550ZA-WH11, including the same body, weight, storage and screen, only that the Asus X550ZA is powered by an AMD Quad Core A10-7400P processor and AMD Radeon R6 graphics.

This laptop sports a fairly attractive design, with black concentric circles on the exterior meant to mimic the look of brushed aluminum which has lately become standard in premium laptops. This material coats the entire exterior body, and while it doesn’t feel unnecessarily cheap, it isn’t a true substitute for a more premium metal.

For storage, there is a 1TB hard drive. While hard drives aren’t as fast as solid-state drives (SSD), it can be forgiven for a budget desktop replacement laptop, it is larger than the 500GB hard drive space offered in the Lenovo G50, but is the same as the 1TB in the Toshiba Satellite C55-C5241. However, in as much as it is a budget laptop, we can’t ignore one flaw in the 1TB 5,400 rpm instead of faster 7,200 rpm since Asus didn’t feel generous enough to through a SSD in there.

Nonetheless, 1000 GB is still enough real-estate to stash away your media contents: movies, videos, audio collections and pictures without worrying about limited storage. The keyboard and touchpad are nicely made and worked well during testing, though unlike the Lenovo Edge 15 and the Dell Inspiron i5447-6250SLV, the keyboard lacks any backlighting.

You’ll find a good selection of I/O ports on the sides, including an Ethernet jack, an SD card reader, two USB 3.0 ports, one USB 2.0 ports, a VGA port and an HDMI output. There’s also a built-in DVD burner. Wireless connectivity comes by way of 802.11AC Wi-Fi and Bluetooth 4.0, letting you connect to a wide variety of the latest wireless hotspots and smart devices.

Since the laptop doesn’t support full HD (1080p) resolutions. If you need to play some advanced games at higher resolutions, the Dell Inspiron i7559-763BLK suffices as a recommended option. For those looking to play casual games, the Asus F555UA-EH71 can pull through the likes of Minecraft and League of Legends at better frame rates.

Inside the ASUS F555UA-EH71 is a 2.5GHz Intel Core i7-6500U (Skylake), 8GB of memory and Intel HD Graphics 520. These are fairly powerful components, for medium users, and as such the system will deliver well on most productivity tasks. The dual-core low-voltage processor’s clock rate sits between 2.5GHz and 3.1GHz turbo mode, which is a major boost from the older core i7-5500.

A CPU benchmark of 4500 points means that advanced users can get more from this rather powerful processor. On demanding tasks such as multimedia processing and other demanding applications, it compares well with the competition, although it slightly lags behind the ASUS K501UX and even Lenovo Z70, which features an Intel Core i7 processor, 16GB system memory and a dedicated NVIDIA GeForce GT840M 2GB graphics card.

The F555UA-EH71 doesn’t come any closer to seamlessly playing modern games, and the lack of a dedicated graphics card doesn’t help either. Nevertheless, any modern laptop can play games the only issue is the game selection and amount of detail in terms of resolution you require. All it means that you can sacrifice eye candy on modern titles such as GTA 5, but you’re assured of ~25FPS (frames per second) when played on low to medium settings at 720p.

The F555UA-EH71’s 2-cell battery isn’t that great, it lasted 4 hours 11 minutes in our tests; which is way lower than the Toshiba Satellite C55-C5241’s 6 hours 13 minutes, but being a desktop-replacement laptop we hope it isn’t a deal breaker in the backdrop of energy efficient 6th generation processor and Windows 10.

The ASUS F555UA-EH71 is essentially juiced-up version of the AMD A10-powered Asus X550ZA-WH11, providing a bit of extra processing power in the latest Skylake Intel Core i7 processor, but sports the same display, memory and hard drive capacity. There is a corresponding increase in performance due to the upgraded components, but it isn’t really a game changer without other upgrades like a better case and a backlit keyboard.

The ASUS F555UA-EH71 is a decent system with quick performance, and you may prefer it for the added power and design for most of your daily computing needs. However, the ASUS K501UX, strikes a balance in terms of performance and value thanks to a faster 256GB SSD storage and a dedicated NVIDIA GeForce GTX 950M to enable you play modem games and other graphic-intensive projects. For that, it deserves a long look as you shop around. 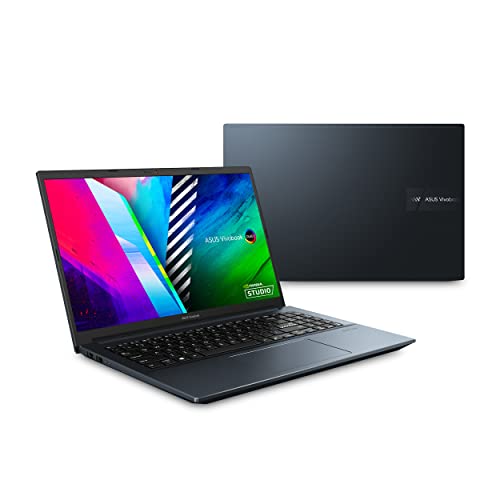