The ASUS L402SA is a modestly priced laptop with a respectable feature set, handy hardware and solid performance on day-to-day tasks. It has a colorful screen, the keyboard is comfortable for longer typing, but the battery life is somewhat lackluster, though not prohibitively so.

The entire body is covered in plastic, and same material is used on the lid and keyboard deck. Its hinges are quite sturdy, and it doesn’t flex as many others do. A good thing for a budget laptop. It comes in three colors: white, blue (our review unit) and red, so you’re spoilt of choice.

You get a 14-inch 1366-by-768 (720p) resolution display, while the Asus F556UA-AB32 gets a 1080p. For the price, including a crisp 720p, LED-backlit display is impressive, though the AB32 offers better color quality. The screen It isn’t going to wow you with the brightness or sharpness of most premium ultrabooks. But, you aren’t getting overly washed out pictures, or the poor picture of most budget laptops. With 206 nits of brightness,pictures are visible enough, though the glossy screen impacts on the quality.

For a value system, it isn’t surprising to see the not-so-good build extend to the keyboard and touchpad. The keyboard feels OK, and well laid as I was able to type up to 72 words per minute, which is almost my personal best. Its responsive keys are comfortable, and its 1.3 millimeters of travel suffices for a better typing experience.

However, the right Shift and Control keys have shrunk in this model, which is a sacrifice Asus made in order to create estate for the full-size directional keys. Its touchpad is responsive and feels solid enough, though scrolling feels, rather wobbly.

Connectivity is quite generous for a notebook at this price. On the left side, there is a plethora of ports: Power, Ethernet, VGA, HDMI, one USB 3.0, and an SD slot. On the right, you have a USB 2.0 port, a headphone jack and a Kensington lock slot. It doesn’t include a Type-C port, which isn’t surprising considering it’s a value system.

There’s 32GB of flash storage and most of it is occupied by the pre-installed Windows 10 operating system. If you need more storage, you can hook up an external hard drive via the USB 3.0 port or insert an SD card. These capacity is the same as what you’ll find on most Chromebooks.

The system is powered by an Intel Celeron N3060 CPU, 4GB of RAM and integrated Intel HD graphics card. The Celeron processor isn’t the most powerful in the budget category, but still better  than Chrome OS outfitted in Chromebooks. When compared, the Acer Aspire E 15 rings a Kaby Lake Intel Core i3-7100U processor, but remains equally affordable.

While it doesn’t allow you to multitask, it does give you efficient performance than you’d find in any value system. For instance, I was able to work on Google Docs with three tabs open, but an extra tab brought up some sluggishness.

So, you won’t be multitasking on this unit, but for basic tasks, it does edge out most Chromebooks, and a number of budget notebooks. Afterall, it is a basic system that we don’t expect to match the speeds of Core i3 and Core i5 systems, that enter whole different price tiers.

Definitely, you won’t want to have the ASUS L402SA as your media project hub, but as a general-use notebook for watching videos, surfing the web, word and spreadsheet processing, and related use, it will get the job done.

For gaming, the integrated graphics card won’t take any strenuous 3D games. If you must play, you can easily get a deserved escape with less-demanding 2D games or those games that aren’t RAM sipping. Even at medium-quality settings, it doesn’t meet the threshold for smooth playing, but Minecraft and its ilk are still playable.

On battery life, the much we got, during testing, was a mere 6 hours 7 minutes, which we expected to be better. The Acer Aspire E 15 E5-575-33BM gives an impressive 9 hours 43 minutes, which is better than most of the competition, including the Asus AB32’s 7 hours and 29 minutes, which is still acceptable. Only a handful of smaller laptops can endure for longer, like the Asus Transformer Mini (T102HA-D4-GR), that excels with 14 hours 12 minutes of battery life.

The ASUS L402SA is the hallmark of a value laptop, offering a useful set of features and god hardware for a fair price. It does a fine job as a general-use notebook for watching videos, surfing the web, word processing, excel spreadsheets, and similar tasks.

There are some even cheaper options, especially chromebooks, but if Windows is a must-have, the Asus L402SA is worth considering. its battery life, though acceptable, is unimpressive –considering that notebooks with nearly identical components offer longer battery life. That said, the Acer Aspire E5-576-392H offers the best combination of value and feature set, and a modest price. 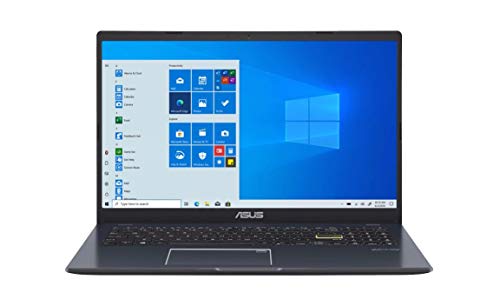