The ASUS M32CD-AS31 is a solid budget desktop PC, that offers the best of two worlds. It has forward-looking capabilities, such as a Wi-Fi card and Bluetooth 4.0, and integrates features such as a sixth generation processor and enough storage, that keep most users happy.

The ASUS M32CD-AS31 is a solid budget desktop PC, that offers the best of two worlds. It has forward-looking capabilities, such as a Wi-Fi card and Bluetooth 4.0, and integrates features such as a sixth generation processor and enough storage, that keep most users happy. A while back, we reviewed the ASUS M32AD-US001T (see review here), with its 4th Gen. Intel Core i3-4170 processor, 8GB DDR3 RAM and a roomy 1TB hard drive.

The AS31 maintains the same tower design, but throws in there some upgrades such a sixth-generation Intel Core i3-6100 processor, 8GB memory, 1TB hard drive and integrated HD graphics 530. It has everything you need in a general-purpose PC, plus the extra features that make it a better choice for the long haul.

The Asus ExpertCenter D500SC (2021 model) remains our Top Pick for budget business desktops, thanks to a combination of solid features offered at a very reasonable price.

It has the same design as its other stablemates, the ASUS M32AD and ASUS M32CD-US003T. The midtower chassis measures about 16.1 by 15 by 6.90 inches (HWD). It is slightly raised on the front than in the back, making it easier to access the I/O ports and the Integrated 24X DVD-RW Drive on the front panel if you tend to keep your PC on the floor under your desk.

The M32CD-AS31 is painted bright silver to mimic the look of brushed aluminum. The case doors are actually black, and the top and front panel are made of plastic. The system has potential to grow, thanks to empty slots at the back cover and we hop e for more in the spacious chassis unlike the small-form-factor (SFF) that are have limited expandability options.

The sixth-generation(Skylake microarchitecture) 3.7GHz Intel Core i3-6100 processor will offer you subtle performance, thanks to the dual-core processor’s hyper-threading support of upto four threads as needed. The Core i3 processor is paired with integrated Intel HD 530 raphics card and 8GB or memory that will definitely push performance to new excellent levels.

You’ll appreciate the turbo power when you have multiple projects running simultaneously, let’s say 10 browser windows, over 5GB data transferring and a video encoding somewhere in the background and the system won’t stutter even for a minute. With these specs, we expect the M32CD-AS31 to push competition to new frontiers and even match stronger competitors such as HP Pavilion 550-050 although it comes with a discrete graphics card for gaming and even the similarly priced HP Pavilion  outfitted with AMD Quad-Core A8-6410 Processor.

All said and done, the AS31 offers ample computing power and will perform well in casual gaming although its Intel HD 530 graphics card may not match the dedicated NVIDIA GeForce GTX760 we’ve seen in the Acer Predator AG3-605-UR1D ; but still the HD Graphics will give you decent playability for some modern titles.

If you need in inexpensive gaming rig that can also multitask at the same time, the Lenovo X315 and Acer Predator AG3-605-UR1G are recommendable options, but hardcore gamers will looks upwards at the HP ENVY Phoenix 810-460 or even the All-in-One MSI 24GE 2QE-016US. Still, for the price category the system remain competitive on the game grid with playable scores.

The M32CD-AS31 is fully loaded from the factory. The standard configuration includes a 1TB SATA Hard Drive (7200RPM), Intel Core i3-6100 processor up to 3.7GHz, Intel HD 530 Graphics and 8GB of system memory. The chassis still has room for an additional hard drive, one more optical drive, and more PCIe x1 expansion cards. That’s pretty good for a midrange system.

Connectivity comes in way of beyond Gigabit Ethernet and 802.11ac Wi-Fi and Bluetooth 4.0, with the M32CD-AS31 also featuring dual monitor capability through the HDMI and VGA connections available.

Rounding out the package are 2x USB 3.0 (front) ports, 2x USB 3.1 (rear), 3x USB 2.0 (rear) ports and 8-channel audio. For entertainment, M32CD desktop PC features ASUS SonicMaster audio technology along with MaxxAudio from Waves to deliver fine-tuned surround sound for movies and games. The included ASUS AudioWizard features five preset profiles to optimize sound from music to voice recording. You also get a bundled ASUS keyboard and mouse in the box, which is quite a kill for the price.

The M32CD-AS31 is one of those desktop PCs that you can’t easily scratch off your shopping list. It has its multimedia, entertainment and multitasking functions in order, and goes the extra mile to include seamless wireless connectivity. It gives you what you’d expect at this price point: very good multimedia benchmark performance, a good amount of day-to-day performance, and some gaming prowess.

The combination of forward-looking technology, such as the latest 6th Generation Intel Core i3 processor, 1TB hard drive, Windows 10 and the latest USB 3.1 ports, and legacy features means that the unit offers the best of both worlds.

If you’re looking for a multimedia-oriented, do-it-all system, the ASUS M32CD-AS31 should be at the top of your list; and so are the M32CD-US003T (Intel Core i5, 1TB), the ASUS M32AD (Intel Core i3, 1TB) and even the Intel Core i5-powered Dell Inspiron 3000 with similarly amazing computing power. 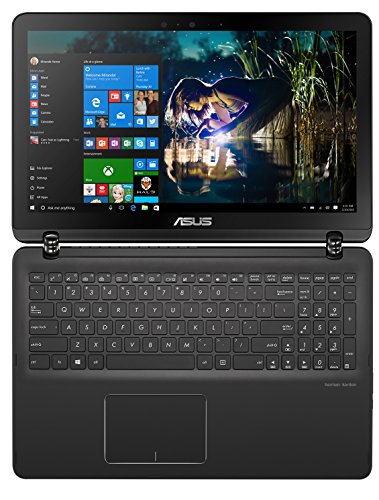