The epitome of a midrange gamin laptop is one whose price below what we see in the expanse of high-end systems, but still excites on muscle and power. The ASUS ROG Strix GL753VD-DS71 tosses the dice in the right direction, for that matter, by ringing a price that is far much less than the competition while offering similar –and, in some cases, better–performance. Featuring a Kaby Lake Intel Core i7 processor, 16GB of memory, and Pascal-based Nvidia GeForce GTX graphics, makes this system a value proposition in every angle.

The 1080p resolution isn’t bad, though we’ve seen rivals like the HP Omen 17 ring 4K display, but it’s acceptable for the category. If you’ve always desired to own the Asus ROG Strix GL702VM-DB74, our top pick midrange gaming laptop, but price has been an obstacle, then you should seriously consider the ROG GL753VD-DS71 as it delivers solid performance at a relatively affordable price.

On the GL753VD, you have a chiclet-style keyboard with a numeric keypad, which offers some decent key travel, at least for gaming standards. To that, add a responsive touchpad with two touch areas; the same we’ve seen in previous modes in the ROG line. Similarly, it maintains the familiar ROG logo on the lid and the curves and corners give the system a rugged look that is acceptable among most gamers.

Connectivity on the Strix GL753VD-DS71 is excellent and varied. Here you have the I/O ports you might need including: three USB 3.0 ports, one USB 3.1 Type C (gen 2)—doesn’t support Thunderbolt 3, an HDMI port, a miniDisplayPort – for hooking up to external monitors, an Ethernet jack, and mic-in, headphone-out, and line-out jacks, as well as an SD card reader. The system also features Bluetooth 4.1 and dual-band 802.11ac Wi-Fi for wireless connectivity, as well as an HD Web camera. You also have an optical drive in case you need to play some games or media from DVDs

Alongside the brand new 4GB Nvidia GTX 1050 graphics card, the ASUS ROG Strix GL753VD-DS71 is equipped with a similarly new Intel Core i7-7700HQ chip, a quad-core CPU based on the latest Kaby Lake architecture. Other specs include 16GB memory provided by two 8GB modules, but can take a maximum of 32GB. For storage, you have a 7200RPM 1TB hard drive (in our review unit), although we get that Asus will offer different memory and storage configurations over time for the different variants of the same base model.

Given the new graphics cards, though, it’s the 3D and gaming test results that are of most interest. The new notebook cards are meant to be very similar to their desktop counterparts for the first time, and this can be reflected on GPU scores. The 3DMark benchmarks point to relatively fast rendering on the gaming front, especially, when put side-by-side with its predecessors including the popular GTX 960M.

The next faster models the GTX 1070 are GTX 1080 present an impressive experience of NVidia’s high-end chips that are bringing desktop performance to mobile devices. For gaming, you expect some solid frame rates per second, thanks to a combination of  a strong CPU nand equally potent GPU. The GTX 1050 totes some solid frame rates per second (FPS) on most modern titles in high settings including: The Witcher-28FPS, Fallout 4-42FPS, and Battlefield 1-47FPS.

For a very reasonable price, you get a Kaby Lake processor and GTX 1050, making the ASUS ROG Strix GL753VD-DS71 an attractive proposition in every inch. Its performance is at par with or better than you’ll see from midrange gaming laptop that come in for far much more, many of which can’t match its performance. Here you get more than what you pay for, and it’s just hard to argue against performance that rivals what you get from even some latest gaming desktops.

The only real concession is the plastic body, especially if an aluminum build is important to you, but the design is pleasant and it doesn’t feel cheap. The Asus ROG Strix GL702VM-DB74 is also powerful, and equally affordable but adds features like Nvidia’s G-Sync and is VR Ready. but more expensive, and the screen is smaller and only 1080p. At the midrange price tier, where bang for your buck plays a pivotal role, the Strix GL753VD-DS71 is a superior option that effectively demonstrating the power of Nvidia’s new Pascal notebook cards. 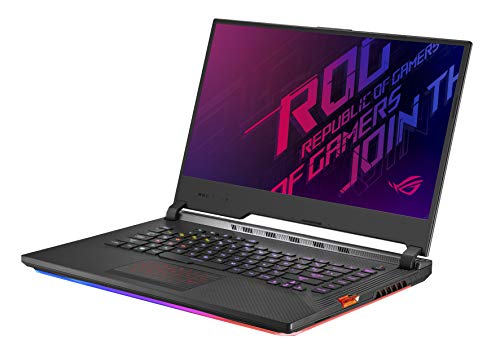