The ASUS VivoBook S400CA comes in with great bang for the buck due to its high-performance processor, large amount of storage, touch screen, and above all a nice price. While it doesn't have the battery life (or pricing) to unseat our budget laptop Editors' Choice, the Acer Aspire S7-392-6832, the VivoBook S400CA certainly has the muscle to become deliver on your daily computing needs and a great Windows 10 touch experience.

Windows 10 works best with touch, and the ASUS S400CA brings that experience to the masses for a relatively wallet-friendly sticker price. This 14-inch Ultrabook features a touchscreen display along with a solid array of components, spearheaded by a Core i5 CPU, 4GB of RAM and a 500GB hard drive with a 24GB SSD as a fast-booting sidekick.

Equipped with the practically generation-standard 1.7GHz Intel Core i5-3317 processor, as seen in many other ultrabooks, along with its Intel HD 4000 integrated graphics, the VivoBook S400CA hardly surprises.

It performs about as well as any of the other laptops we’ve seen, handling applications well and running games reasonably effectively, too, provided they’re not graphics barnburners. That’s good news, because it means the VivoBook performs well enough to do almost anything you’d expect out from a basic laptop.

To be fair, among these systems, only the HP lacks an optical drive like the ASUS does, but the S400c still deserves kudos for being the lightest and thinnest 14-incher with touch around. And it’s that thin without feeling the least bit flimsy.

The ASUS S400CA looks like a standard 14-inch laptop, with a 1,366 by 768 resolution touch screen. It has a dark brushed metal lid, and a matte silver keyboard deck. The Windows 10 Start screen is snappy whether you use the touch screen or the trackpad, but it’s much more intuitive with the touch screen.

That screen is bright and clear. Screen viewing angles on the LCD screen aren’t quite as wide as they would be on a system with a more expensive IPS panel, but they are sufficient for a single user.

Some critics will call out that the 1,366-by-768 screen isn’t full 1080p HD resolution, but 1,366 by 768 is sufficient for use with today’s apps and websites, and the lower resolution makes text larger and easier to read without having to use glasses. 1080p videos scaled down to fit the 720p screen played just as smoothly as they would on true 1080p laptops.

Asus took advantage of the Asus S400CA’s above-average thickness to stuff it with more ports than the typical ultrabook. The left side of the laptop boasts a Kensington lock slot, a pair of USB 2.0 ports, a combination headset and microphone jack, and an SD card reader, while the right side rocks a speedier USB 3.0 port, HDMI and VGA connections, and an Ethernet port. As is usual with ultraportables, there’s no optical drive.

The full-sized black chiclet keyboard isn’t backlit, but is comfortable to type on. One other minor nit while we’re at it: Conventional wisdom dictates that the row of function keys above the keyboard should work first for their primary function (volume, screen brightness, sleep, etc.), then F1-F12 after you hold down the Fn key. On the VivoBook S400CA, you need to hold the Fn key to use the primary functions.

It’s not a deal breaker, but it’s counter-intuitive, like having to hold down the shift key to type lower case letters. Otherwise, the rest of the keys are where you’d expect them to be, plus the system doesn’t have miniature arrow keys, as on the non-touch ultrabook in the same price class, the Acer Aspire S3-391-6046.

Speakers on the ASUS S400CA which are embedded with a SonicMaster HD codec along with Waves Maxx audio 3, nest on the edges of the underside. They also get a software-based boost from AudioWizard, which can be found in the ASUS VivoBook tile. When we listened to “Need You Tonight” by INXS and “Orange Crush” by R.E.M, the sound seemed somewhat hollow. The speakers don’t handle heavily distorted guitars or bass drums well.

The ASUS S400CA comes with a 3rd-generation Intel Core i5-3317U processor, Intel HD Graphics 4000, 4GB of memory, and a 500GB hard drive with 24GB caching mSATA SSD. The SSD lets you boot the VivoBook from a power off to the Start screen in about 12 seconds, which is likely much faster than the laptop or desktop you’re replacing.

Waking from sleep mode only takes a few seconds. You wouldn’t expect great performance in a less expensive system, but in this case you’d be wrong. The VivoBook’s Core i5-3317U processor is the same one we’ve seen in systems costing over $1,000, so the VivoBook made a great showing at our benchmark tests.

We did a Photoshop CS6 test (photo manipulation and editing) and it didn’t disappoint with budget class performance. About the only test it doesn’t run away with is the battery rundown test: the VivoBook just tops four hours (4:18), while other systems like the Acer Aspire S3-391-6046 almost makes it to five (4:47). Granted, the Acer Aspire S3 doesn’t have a touch screen to draw power.

Compared to other laptops, the ASUS VivoBook S400CA comes in with great bang for the buck due to its high-performance processor, large amount of storage, touch screen, and above all a nice price. While it doesn’t have the battery life (or pricing) to unseat our budget laptop Editors’ Choice, the Acer Aspire 5 A515-46-R3UB, the VivoBook S400CA certainly has the muscle to become deliver on your daily computing needs and a great Windows 10 touch experience.

At the entry level, the Asus simply gives users what they need for a better Windows 10 (free upgrade) experience, at a reasonable price. 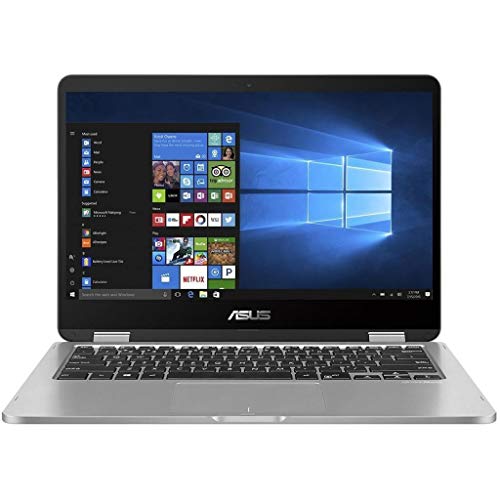