The Asus TUF Gaming F15 is a masterclass in delivering an elegant form factor and strong gaming performance at an attainable price, all in a chassis that won’t weigh you down when you need to go somewhere. Also, it has some of the longest battery life in a gaming laptop today. 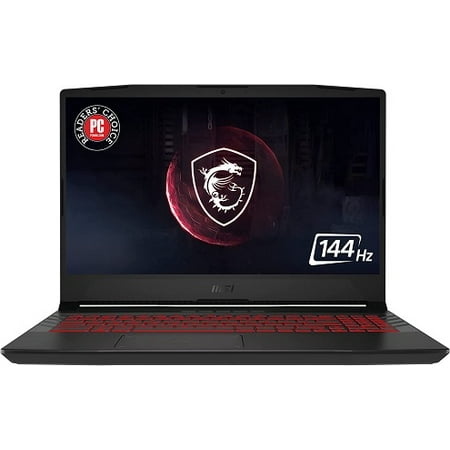 Gaming laptops like the Asus TUF Gaming F15, that pack midrange performance in thin and light packages are the best you can get when your budget can’t reach a premium gaming laptop like the Razer Blade 15 or the ROG Strix Scar 15. Still, with a 12th gen Intel Core i7-12700H processor and Nvidia’s GeForce RTX 3060 graphics card, this mid-range gaming laptop has the character to run the latest AAA games hassle-free at 1080p.

However, just because it’s outfitted with powerful components doesn’t mean everything else, like the webcam, touchpad, and audio are without blemish. Still, the Asus TUF Gaming F15 remains one of the better choices for unbridled 1080p gaming among the endless crowd of mid-range alternatives.

On top of its gaming prowess, the TUF Gaming F15 performs well when used as a productivity machine, meaning this laptop can easily compete with some of the best gaming laptops around.

A New, Suave Design on the TUF

The Asus TUF Gaming F15 sports a dark grey design, an intentional approach meant to create a laptop that easily blends into any professional or casual environment, and it succeeds. Unlike competing gaming laptops, this particular iteration of the Gaming F15 comes with minimized design flourishes on the lid, comprising of a streamlined design with a TUF shield at the center.

When you lift the lid open, there’s a notch on the top bezel that houses the 720p webcam, which was missing in its predecessor from last year. The left side of the laptop holds a power adaptor, an Ethernet port, an HDMI 2.0 port, a USB 3.2 Type-A port, a 3.5mm jack, one USB 3.2 Type-C and a Thunderbolt 4 port. On the right side, there’s only a single USB 3.2 Type-A port.

On Hitman 3 (ultra settings, 1080p), everything runs smoothly and it maintains a decent 56 frames per second, which is at par with competing laptops fitted with the RTX 3060 graphics card.

The Nvidia GeForce RTX 3060 graphics card, is a faster variant of the RTX 3050 Ti mobile card, and is based on the GA106 Ampere chip. This GPU packs 3840 CUDA, with increased Ray Tracing and Tensor cores. As such, if you’re looking for a cost-effective way to enter into the world of Ray-Tracing and DLSS you may not easily get a better deal than this Gaming F15.

Since the RTX 3060 here is built on Nvidia’s Ampere architecture, it easily brings along the second-generation implementation of its ray-tracing tech. Furthermore, the performance is boosted a lot by this in games that support it. For instance, Metro Exodus at Ultra settings scored 59 fps on average without ray tracing. When turned on, thanks to Nvidia’s DLSS tech, it pops to 68 fps.

Clearly, that’s the ideal 60 fps that you might be hoping for, but at Ultra settings, it’s more than playable. Considering that you’re getting that performance in a computer that can easily fit in your backpack, we consider it a win.

As a standout, the FX507ZM-ES74 is one of the first machines to arrive with an Intel i7-12700H Alder Lake CPU. Announced in January, these series of chips were designed specifically for ultraportable laptops, as they can operate at a TDP between 35W and 45W. The Asus TUF Faming F15 model in this review combines the 12th generation CPU with a 1TB PCIe NVMe M.2 SSD and 16GB DDR5 4800MHz RAM.

That, right there, is enough to keep up to 17 Google Chrome tabs running, with one streaming a TV show, Spotify, and the Epic Games launcher. The last tab will make the fans kick up for a few seconds, but they are not so loud to overpower the audio.

Topping Out at 300Hz

The display is a 15-inch FHD 1920 x 1080 display, with a 300hz refresh rate, making it a big deal for esports, especially paired with an RTX 3060. With an average peak brightness of 324 nits and averaging 110% of the sRGB spectrum, the screen is also bright and colorful enough for single-player hits, too.

The bezels surrounding the display aren’t the thinnest we’ve seen around, and definitely not thick enough to distract your gaming experience. We’re glad that Asus finally re-introduced the webcam that was missing from its previous models.

Asus offers good keyboards, overall; and the Gaming F15’s keyboard isn’t exceptional. It’s comfy to type on, with plenty of key travel, considering the thin build of the laptop. Individual keys are well spaced, though we wish the lighting was a bit different.

It doesn’t have RGB lighting, again another compromise for the price. Instead, you just have teal backlighting, and this isn’t the most attractive color in the world, and it looks worse around WASD keys, which are clear.

Gaming laptops have a thing with having short battery life, though we’ve seen notable improvements recently. Most notably, in early 2020, the Asus ROG Zephyrus G14 came out with an AMD Ryzen 4000 processor and an RTX 2060, through which we saw an amazing 8 hours of battery life.

The Asus FX507ZM-ES74 is even better, nearing 10 hours of battery life, with an even powerful GPU and a faster 300GHz display. This means that this gaming laptop should not have absolutely any issue getting you through a full workday. And, if you factor in how heavy the charging brick is, being able to bring this thing to work without the brick is a huge plus.

Asus once again delivers a portable, nice-looking and super-powerful midrange gaming laptop without going too hard on your pockets.  The Asus TUF Gaming F15 expertly balanced performance, practicality, and value. Again, its Alder Lake Core i7 processor offers more performance cores than its predecessor, giving you more pep for the latest AAA games when paired with an Nvidia GeForce RTX 3060 mobile GPU. The Asus TUF Gaming F15 is inherently practical with its comfortable keyboard and superb battery life.

That said, its gaming performance is only status quo with its last-generation gaming notebooks since its GPU is cast to a low power level, from what we’re seeing in the early run, not all RTX 3060 notebooks are created equal. At least this runs relatively cool and quiet.

The FX507ZM-ES74 will play the latest titles at high settings, but Asus hasn’t fully solved the performance conundrum of a slim gaming laptop with the Gaming F15. It performs similarly to the Acer Predator Helios 300 with an 11th gen Intel Core i7 processor and Nvidia’s RTX 3060 graphics card. So, the Gaming F15 offers good gaming performance for the price; it’s just not much of an upgrade over last-gen machines.

But if you’re in the market for a lightweight laptop with a premium screen and components that can handle high-end gaming with good frame rates for the price, the Asus TUF Gaming F15 is for you. 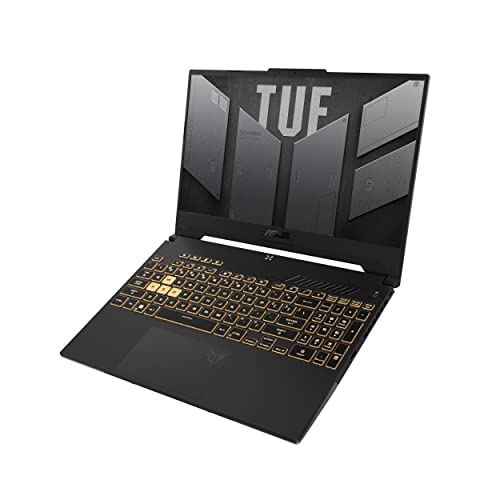