The Asus VivoBook K570UD-ES76 is capable laptop designed for the casual gamer, who also needs a general-use laptop for work or college. It is reasonably priced, but makes a statement with an 8th Gen Intel Core i7 processor and Nvidia’s GeForce GTX 1050 graphics card.

Here’s something we see too often in every major PC maker: A varied lineup of gaming laptops, speced for specific needs and budgets.  The Asus VivoBook K570UD-ES76 occupies a strategic space in Asus’ stable. It is configured and priced configured just above the entry-level category, boasts a strong build quality and feature set, but it falls short of a true high-end gaming machine. While other aspects including CPU and design remain top-notch, the Nvidia GeForce G0054 1050 graphics chip inside doesn’t deliver the oomph needed to pin 60 fps gaming in every modern title.

Given that you can easily get a GTX 1060-based system in this price range, that’s VR-Ready, doesn’t leave much to be excited. We would be wrong, though. Let’s face it, with the VivoBook K570UD you do get a nice, luxe build, a speedy 8th Gen CPU, a comfy keyboard, plenty of storage and pretty everything you need for causal gaming. If that’s all you need and aren’t a performance hawk, the K570UD. If you’d like a GTX 1060 that supports your Virtual Reality (VR) headset, consider the Acer Predator Helios 300 or the MSI GE63 Raider RGB-012.

The black finish on the VivoBook K570UD is easily recognizable and hard to miss thanks to a lightning blue slide on the tip of the lid, embossed logo, and around the touchpad. With a 15.6-inch display, the overall footprint of the K570UD-ES76 isn’t on the large side. Measuring 0.9 x 10.1 x 14.7 inches and with a plastic housing, this notebook dances the line of tradeoffs for portability over durability, weighing only 4.3 pounds.

With the nifty-looking angles on the lid and a slim design, this laptop’s looks are much more thoughtful than the typical VivoBook square shape. With the entry of thin-and-light gaming laptops like the Asus ROG Zephyrus S, the VivoBook is on the cusp of being too large for easy portability. However, if you put it side by side with its competitors Acer Predator Helios (5.51 pounds) and MSI GV62 8RD-034 (4.8 pounds), you’ll be surprised to realize that it’s the lightest of them all.

The display itself is good quality, a full HD (1,920-by-1,080-pixel) IPS panel with an antiglare finish. Having an antiglare coating as an additional feature is good, as it successfully cuts down reflections, even in the absence of eye-catching gloss of some displays.

The screen’s picture quality is sharp and very bright. The screen gets 45% NTSC color gamut and a 16:9 aspect ratio.

Given the GTX 1050 graphics chip, anything more than 1080p resolution would not make sense for gaming, since the GPU wouldn’t be able to push smooth frame rates at, say, QHD.

Unlike the Predator Helios 300, the VivoBook K570UD-ES76 does not have a high-refresh-rate display, sticking to the standard 60Hz.

The K570UD’s illuminated keyboard is comfortable to type on, although it does have short key travel and the individual keys are a bit shallow. That’s a concern for pro-typers, the rest of us will find the keyboard just fine and can get going after an hour’s practice. For excel and spreadsheet jockeys, there is a tiny number pad on the left, it will get the job done but the size leaves a lot to be desired.

For the touchpad, it feels responsive enough although it looks a tad undersized for the expansive palm rest. Like the keys, the touchpad gets soft clicks when pressed. Embedded near the top-right corner of the touchpad is a fingerprint sensor that supports Windows Hello and can be used to unlock the laptop. 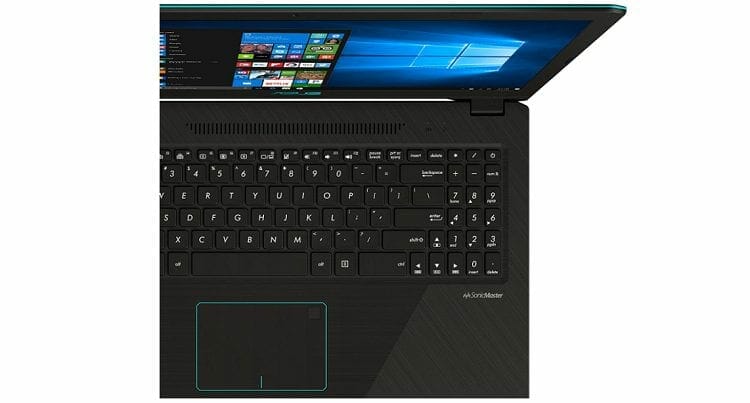 Plenty of ports come packed around the system’s periphery, including one USB Type-C (Gen 1), one USB 3.0, two USB 2.0 ports, an HDMI port, an audio jack, and an Ethernet jack. Your video-out basics are covered there, and the USB-C connection is a nice inclusion. The laptop also includes dual-band wireless and Bluetooth 4.0.

With Nvidia’s GTX 1050 and an 8th Gen Intel Core i7-8550U processor powering it, the VivoBook K570UD-ES76 is built to be more than a gaming laptop. This laptop is capable of handling both work and play. And, by work, we naturally mean spreadsheet creation, occasional video editing and college tasks. In real-world use, the Coffee Lake processor handles anything you throw at it with ease ranging from spreadsheets, MS Office tasks and image editing (though not at Pro-levels where you might a high-res screen).

Matched with 16GB of memory, a 256GB solid-state drive (SSD) and 1TB hard drive storage, this VivoBook gets spirited performance with snappy system startup and app launches and lag-free multitasking. If your computing needs involve spreadsheets, the inclusion of a number pad (though small) makes this iteration of the VivoBook even more appealing. That notwithstanding, the K570UD has the muscle to complete MS Office tasks faster than most mainstream notebooks in the same category.

The system is muscular enough to play modern PC games smoothly. It won’t give you the butter-smooth frame rates you’d get from high-end systems like the ASUS ROG Zephyrus GX501, but it still delivers playable frame rates on Full HD resolutions –Resident Evil 7 (56FPS); GTA V (65 FPS) and Need for Speed (61 FPS).

If you intend to run games in 4K on an external display, the GPU might disappoint. It isn’t cut for such a requirement, you’ll have to look at a notebook with a GTX 1060, like the Predator Helios 300, or even better, a GTX 1070 or GTX 1080.

On the whole, the design and components say a lot about who the Asus VivoBook K570UD-ES76 is for. It’s reasonably priced, is still not a surefire 60 fps gaming machine. It’s design and styling are more professional, meaning it would fit in at a meeting or in a coffee shop (though the battery may not last for long), especially if you’re to take your laptop out of the house. When you combine those two factors, the VivoBook K570UD arguably looks as a laptop best suited for a casual gamer who also needs a general-use laptop. And, that is exactly what it is.

If you don’t need to play at 60 fps or always have the highest settings, and will appreciate the nicer build, the VivoBook K570UD-ES76 will be the best laptop you’re buying this year. However, if you’d rather have a GeForce GTX 1060 for superior performance but not get a build quality that isn’t as good, the Acer Predator Helios 300 and Dell G7 15 are better bets. 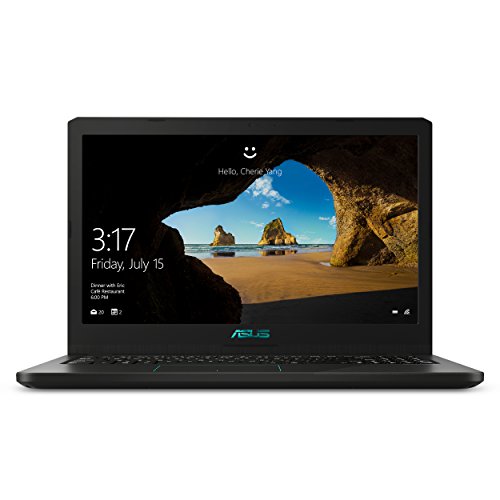