The ASUS VivoBook Pro N580VD-DB74T combines the same top-notch design as its 15-inch sibling, the ASUS VivoBook M580VD-EB76, with a strong feature set, a touchscreen panel, and plenty of extras, making it among the most formidable gaming laptops in the market. Asus bills it as a gaming laptop, but it easily doubles as a laptop for work, college or professional media reaction.

With an Nvidia GTX 1050 graphics card and solid processing power, it is indeed a top performer among single-card laptops. If you need a laptop for work and play, the N580VD-DB74T is among the best you buy right now. It offers a perfect balance of power and price, and with the newer components it won’t disappoint.

The VivoBook line is a pretty new concept, but it picks the same deluxe design from the Zenbook line over its several iterations, and the latest entrant has the same sturdy construction seen on its predecessor. Sure, there’s more than a passing resemblance to the 15-inch Apple MacBook Pro, but the new svelte design and newer elements give it a flavor of its own. If you prefer a stylishly simple design, the VivoBook is something you’ll want to check out.

Relatively slim and light, the laptop measures 0.8 by 15 by 10 inches (HWD) and weighs 5.1 pounds, which is within an ounce or two of competitors like Apple’s MacBook Pro and this year’s Dell XPS 15 Touch. Rarely do you find slimmer and lighter gaming laptops, and if you find some, they typically come with their compromises including smaller screens. The Razer Blade 14 (2017) is the epitome of portable gaming, with a svelte profile and a heavy gamer aesthetic.

Surrounded by a half-inch black bezel, the 15.6-inch touchscreen panel is bright and crisp with Full HD (1920-by-1080) resolution. Having a touch-enabled panel on a system is a welcome gesture, but you won’t be using it for gaming as such. We expected that the screen will turn heads on such a perfect system, but instead of an In-Plane Switching (IPS) panel, Asus opted for a Twisted-Nematic (TN) panel, which doesn’t offer wide viewing angles, though the colors are sharp and vivid.

Lately, Ultra-High Definition (UHD) definition displays have become the new standard for premium desktop-replacement system, and even if the VivoBook is billed as a gaming laptop, most of us will be using it for professional tasks like media creation among others.

The low-resolution display puts the VivoBook on uneven footing with the likes of the Dell XPS 15 Touch and the 12.5-inch Razer Blade Stealth. For gaming, a higher resolution doesn’t count for much, especially on a small display, meaning color accuracy doesn’t suffer a lot. The LED backlit panel has an anti-glare, offers 178 degrees wide-viewing angles, making the hard ware and software optimized for vivid color reproduction, so photos and films will show more accurate colors.

The keyboard is similar to that seen on last year’s model, with chiclet-style keys and automatic backlighting that adjusts as per the lighting in the room. The biggest difference, is perhaps, the narrower keyboard than you’d find on a standard keyboard. Its still comfortable for anyone working with numbers. Below the keyboard sits a touchpad, that Asus claims to have a 16:9 aspect ratio, which blend well with the display’s aspect ratio. Whether this is a beneficial addition–or not, is still up for debate, but it is quite responsive with Windows 10 gestures.

On the right side, you’ll find two USB 2.0 ports, an SD card slot and a headset jack. On the left are a USB 3.0 ports, a USB Type C (Gen 1), an HDMI port and an RJ 45 port. Wireless connectivity comes via 802.11ac dual band Wi-Fi and Bluetooth 4.2. It doesn’t have extras like a mini DisplayPort, Thunderbolt or optical drive, which is not surprising at all. But by including a Type C port, you have all the versatility and flexibility to connect to 4K UHD external displays. Also included is a fingerprint sensor and a front-facing HD webcam.

Storage is plentiful, with a 512GB solid-state drive (SSD), enough for all your storage needs, considering it’s a speedy storage option. Its non-touch iteration the ASUS VivoBook M580VD-EB76 features a 256GB SSD plus a 1TB  5400rpm hard drive. By fusing an SSD and a mechanical hard drive, Asus ensures that you benefit from both spheres: fast booting, with tons of storage for your documents and media files. This is pretty good storage than you get on the MacBook Pro, or even the Dell XPS 15 Touch, considering that most of them come with a 256GB SSD as standard.

The Vivobook N580VD-DB74T boasts a quad-core 2.8GHz (Turbo up to 3.8GHz) Intel Core i7-7700HQ processor, a dedicated Nvidia GeForce GTX 1050 (4GB) graphics card and 16GB of RAM. It combines a seventh-generation (Kaby Lake microarchitecture) and the latest Pascal based graphics card, which is a hallmark of all upgrades in a system that leans more towards a premium desktop-replacement, than a gaming laptop.

The system is muscular enough to play modern PC games smoothly. It won’t give you the butter-smooth frame rates you’d get from high-end systems like the ASUS ROG Zephyrus GX501, but it still delivers playable frame rates on Full HD resolutions –Resident Evil 7 (56FPS); GTA V (65 FPS) and Need for Speed (61 FPS). If you intend to run games in 4K on an external display, the GPU might disappoint.

A Prime Laptop for Work and Play

The ASUS VivoBook Pro N580VD-DB74T is billed as a gaming laptop but it doubles up as a laptop for work, college or professional media creation. It is a prime example of how premium hardware and construction can impact the usability of a system, with the powerful Intel Core i7 processor paired with an Nvidia GTX 1050 graphics card providing enough raw power for games and productivity, alike. It can be comfortably used at the office the same way you’d use any powerful desktop-replacement laptop to perform daily work and media tasks when you’re not playing.

A while ago, this perfect mix of form and function was a reserve for high-end systems, but as technology gets affordable, the hardware behind high-end performance rings up at a much lower price. The result is a svelte system, that not only outclasses competitors on most fronts but is far more affordable. All these make the Asus M580VD-EB76 a great option if you’re on a budget but need a powerful machine that suffices for both work and play. 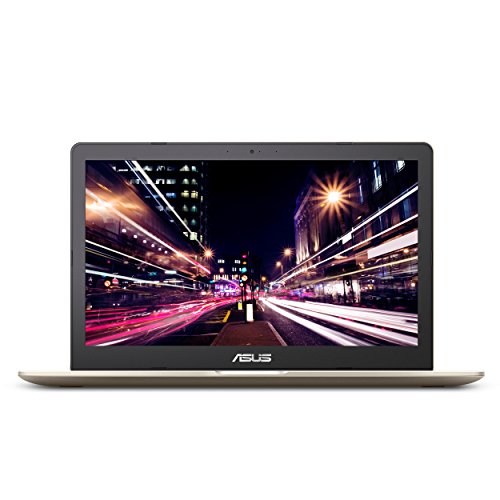