Asus X551MAV-EB01-B is a premium-looking budget laptop which features decent specs such as an HD display, 4GB RAM and 500GB HDD. If you're on a budget, it is one of those computers you need to consider. 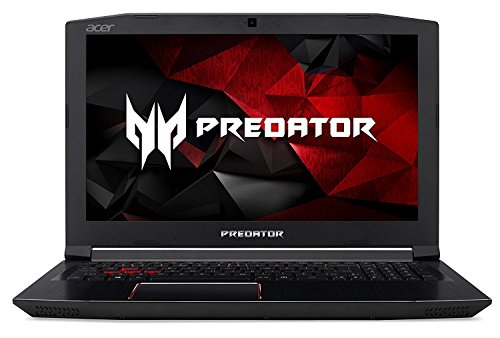 Decent performance at budget price is what the ASUS X551 laptop adds to your desk. Although low priced, it has a modern look and almost mid-range specs such a dual core Intel Celeron processor, 4GB of RAM, 500GB hard drive, an HD display, decent 5 hour battery life among other connectivity ports. All the specs give you somehow good flexibility to your home or work for basic computing like Internet surfing, spreadsheets, word processing, college use, light multimedia and games.

This durable and stylish laptop PC measures 15 x 9.9 x 1.2 inches and weighs a paltry 4.7 pounds which is not bad for its size considering that it doesn’t include an optical drive. It also lacks built-in Bluetooth but you can purchase a USB Dongle such as Medialink USB Bluetooth Adapter.

As expected, it doesn’t feature many specifications when it comes to graphics but it does give enough real estate on the 15.6 inch non-touch HD display at a maximum resolution of 1366 x 768 with widescreen support. The integrated Intel UMA (Unified Memory Architecture) graphics card shares the system RAM as memory and is quite OK for basic use but gaming and other RAM-intensive tasks require dedicated memory.

Perhaps to offset the shared memory, Asus SonicMaster technology offers great immersive sound through the built-in speakers. It comes with a 101 key US non-backlit keyboard with a built-in keyboard. Battery life isn’t much to write about as most of the budget laptops offer similar battery life and for the ASUS X551MAV the 34WHrs 3-cell lithium ion battery offers approximately 5 hours of battery life on a single charge-this being a highly energy efficient laptop PC.

ASUS X551MAV is powered by Intel Celeron N2830 processor which can clock a maximum of 2.16GHz base speeds in addition to 4GB DDR3 SDRAM memory (1x4GB with a maximum of 4GB) at 1600 MHz, which is quite enough for running a few multiple apps while at the same time keeping many internet browsers open without any major glitches.

It comes with 500GB SATA (5400rpm) which is standard for budget laptops in its price range, and is sufficient for stacking away most of your multimedia files at fast read/write times on the highly customizable Windows 8.1 operating system. If you’re looking forward to Windows 10, for the meantime you’ll have to do with the versatile and user friendly functions of Windows 8.1’s safe platform.

The performance benchmarks for the ASUS X551MAV are not a match to its high-end siblings but the Celeron N2830 (bay Trail-M) is quite energy efficient for an entry-level CPU at 7.5 watt thermal design with a subtle balance between performance. Although it is better than most Intel Atom processors, it can’t be used to play modern games or run complex software without black spots, but for old titles you’re off to a good start and so are daily tasks.

Although it doesn’t support hyper threading but with two core processors the turbo boosts speed enhancement from 2.16 GHz to 2.41 GHz is at par for simple multitasking as needed with dramatic less power usage.

Asus X551MAV-EB01-B is a premium-looking budget laptop which features decent specs such as an HD display, 4GB RAM and 500GB HDD. If you’re on a budget, it is one of those computers you need to consider. As expected of its price, the Asus X551MAV-EB01 has its own drawbacks but specs such as USB 3.0 port and HDMI port and other connectivity options make it worth considering for everyday use.