The ASUS Zenbook UX305UA-AH54 is a portable, slim, well-made system with a good display and solid performance. While it may not be the most powerful ultrabook around, it stacks quite well against pricier systems in the same category. Personally, I consider it an excellent example of why you should take a closer look at ultrabooks.

The ASUS Zenbook UX305UA-AS51 is part of a tech world preoccupied with the ongoing pursuit for ever-svelte gizmos. It’s unsurprising that ultrabooks are occupying an increasingly larger sliver of the market. It is a nicely designed system that packs a decent feature set that will satisfy college students and officer users alike. For instance, the sixth generation Intel Core i5-5200U processor, 8GB of RAM and a 256GB solid-state-drive more than enough for daily productivity.

That said, in 2017 the got a refreshed upgrade in the ASUS ZenBook UX330UA-AH54, which is our newest Editors’ Choice ultraportabe laptops. It features an even svelte, ultraportable design, alongside forward looking components including  a newer seventh-generation Intel Core i5 processor, useful connectivity options including the latest USB Type-C port, while remaining incredibly affordable that its rivals like Apple’s MacBook Pro that costs almost double for the same feature set.

The Zenbook UX305UA is clad in an attractive, slim aluminum system with laser-edged concentric circle patterns, which Asus says to be inspired by a ‘circular clock’, is surprisingly hard to describe at first glance. The laptop measures 0.6 by 12.8 by 8.9 inches (HWD) and weighs just 2.8 pounds. The metallic body definitely gives the system some little extra heft, but it still feels more solid and sturdy as a result, so the tradeoff is worth it.

However, we’ve seen some high-end ultraportables like the Lenovo LaVie Z HZ550 opt for super-thin materials in a bid to keep the laptops thin and slim as possible, but the build quality is sacrificed too much as a result. The Apple MacBook Air 13-inch bears very similar dimensions (0.68 by 12.8 by 8.94 inches), and is actually a little thicker and heavier at 2.96 pounds.

The display looks great, with a full HD (1,920-by-1,080) resolution and an In-Plane Switching (IPS) panel that offers wide viewing angles and good color. An anti-glare finish keeps the reflections to a minimum, though it does slightly dull the blacks shown on screen. Most notably, the display does not have touch capability, an omission that may limit its appeal to users who want to make the most of the touch-friendly Windows 8.1 interface and gesture controls.

The chiclet-style keyboard feels nice to type on—equivalent to past Asus ZenBooks, at least—but there is no backlight, which will be a bit of pain if you need to type something when the lights are lowered for a PowerPoint presentation. The accompanying touchpad is relatively large, measuring 4.1 by 2.9 inches, with a wide, clickable surface.

Despite the slim chassis, Asus outfits the Zenbook with a full complement of ports and connectors. On the right is a USB 3.0 port with USB Charger+, a sleep-and-charge solution that offers faster charging for smartphones and tablets. An HDMI Type D (micro) port offers video and audio output, while a headset jack supports headphones and a mic. On the left are two more USB 3.0 ports, along with an SD card reader. The laptop is also equipped with dual-band 802.11n Wi-Fi and Bluetooth 4.0 for wireless connectivity.

For storage, there’s a 256GB solid-state drive (SSD). That’s twice the standard capacity of the Apple MacBook Air 13-inch or the MacBook Pro 13-inch, (both of which come standard with 128GB drives), but it’s on par with rest of the competition, like the Lenovo Yoga 900 and the Dell XPS 13 Touch, both of which come with 256GB drives. The keyboard is quite comfortable especially for marathon typing, but some will find it unfair not to have it backlit on such a decent machine.

Powering the Zenbook UX305UA is a sixth-generation (Skylake), 2.3GHz Intel Core i5 processor (Turbo up to 2.8GHz), 8GB of memory and integrated Intel HD Graphics 520. Intel’s Sixth-Generation (Skylake) CPUs (including Core i3, i5 and the i7) are the 2016 entrants into the computing world, delivering better performance and energy efficiency than their predecessor the Broadwell CPUs, as we look forward to the Kaby Lake processors to be launched in 2017.

This explains the reasoning behind manufacturers embracing Skylake processors in hybrids, laptops and desktops released late last year and in 2016 releases. These processors do provide decent performance, and they are even well-suited to an ultraportable focused on mobility while still remaining snappy. As such, the Zenbook UX305UA performs fairly well than its predecessor the ASUS Zenbook UX305LA , which is using an older Core i5 processor.

On the Asus Zenbook UX305UA is the integrated HD graphics, typical to midrange ultraportables, which don’t provide much room for 3D gaming. The ZenBook’s Skylake GPU is ultimately higher than their predecessors, and together with a dual-channel RAM, its performance is at par with most dedicated lower mid-range graphics cards.

In short, the UX305UA’s gaming capabilities are limited. At low resolution and low to medium quality settings, you can smoothly run games; especially true for games that do not tax the hardware so much. I tested it with hardware-hungry titles like the Witcher 3 and the frame rates were not anything close too good.

For midrange gaming, you might have to look at the ASUS M580VD-EB54 which comes with a dedicated NVIDIA GeForce GTX 1050 2GB graphics card, or better still the Dell Insipron i5577-5335BLK-PUS, that features a better NVIDIA GeForce GTX 1050 with 4GB dedicated memory. Overall, the Zenbook UX305UA’s gaming performance is on par with Apple MacBook Air 13-inch and the Dell XPS 13 Touch, though with slightly negligible differences since none of the three can run high-end 3D games smoothly.

The Zenbook’s battery lasted for 9 hours 21 minutes in our rundown test, a good result that’s just longer than that of the Dell XPS 13 Touch (7:40), but shorter than the Lenovo Yoga 900’s time (10:56). There’s still just one clear winner here, though—the Apple MacBook Air 13-inch clocked 17:36, far and away the best in the category. 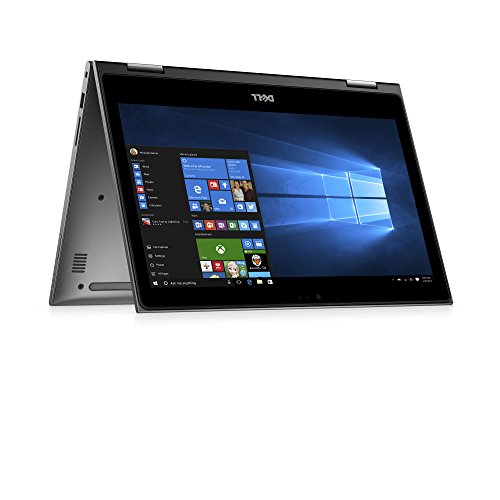 The ASUS Zenbook UX305UA-AH54 is a portable, slim, well-made system with a good display and solid performance. While it may not be the most powerful ultrabook around, it stacks quite well against pricier systems in the same category. Personally, I consider it an excellent example of why you should take a closer look at ultrabooks: it’s gorgeous, fun to use, the aluminum body feels sturdy and of high quality and you get good value for the purchase. It is one of those systems that shouldbe at the top of your list as you shop around.

However, if you prefer updated components packed into the same stellar body and design, the 2017-released ASUS ZenBook UX330UA iteration is worth a long look. It features an even svelte, ultraportable design, alongside forward looking components including  a newer seventh-generation Intel Core i5 processor, useful connectivity options including the latest USB Type-C port, while remaining incredibly affordable that its rivals like Apple’s MacBook Pro that costs almost double for the same feature set. It is our newest Editors’ Choice for midrange ultraportable laptops.