The Dell Inspiron 15 I5558-5718SLV scores well as a desktop replacement laptop with good performance scores and a few drawbacks, but suffices well for home/office multimedia use.

If you’re looking for a desktop-replacement laptop for light-medium everyday computing chores, and prefer a touchscreen as well as a backlit keyboard, then the Dell Inspiron 15 i5558-5718SLV is a good bet.

Powered by Haswell Intel Core i5 processor and 8GB of memory, this 15-inch notebook has enough power to handle things like home multimedia needs, emailing, Web surfing, basic gaming and home office tasks, and its 4-cell battery will give you about half an hour longer than non-signature laptops (which is almost five hours of average use).

It’s not a perfect system, but it’s an option worth considering alongside leading laptops like the HP Pavilion 13-s128nr x360 and our Editor’s Choice Toshiba Satellite C55-C5241.

This iteration of the Inspiron 15 looks more like its stable mate the 2-in-1 Dell Inspiron i7359-8404SLV, and they even share touch capability. It dresses part in a charcoal-gray-and bright-silver chassis, giving the system the kind of durable look and feel that you’d expect from a more expensive model. Although the design can’t match the current crop of ultrabooks like the ASUS Zenbook UX305LA in terms of portability, at 0.95 by 14.90 by 10.25 inches and 5.3 pounds, it is still light enough for short jaunts and room-to-room travel and can easily fit into a backpack once in a while.

The 15.6-inch display has a maximum resolution of 1920 by 1080, and it is even made better by the 10-finger multi-touch touchscreen. If we get a little nitty here, the touchscreen isn’t that great and precise as we have seen quite sharp precise touch display in other system, but it may not be a deal breaker as Windows 10 works quite well with a keyboard and a mouse.

Waves MaxxAudio with sound and power adjustments and two stereo speakers of 2 watts deliver decent sound- not outstanding but more than enough at this level. The Inspiron 15 has a full-size, chiclet-style keyboard, complete with backlighting for easier typing in dark and dim environments. A large touchpad offers full gesture support, with all of the same swiping and zooming capability as the touch screen.

Connectivity comes in way of the latest and fastest Miracast enabled 802.11ac wireless that lets you use the net anywhere in your house, Bluetooth 4.0, Ethernet LAN and RJ-45 connector, DVD +/- RW Optical drive, a USB 3.0 port, 2 x USB 2.0 ports, an HDMI output, SD Media Card Reader and Headphone output/Microphone input combo. The system is loaded with Windows 10 Home (64-bit) and is also equipped with a DVD/RW drive for your old media needs.

For storage, the Inspiron 15 is outfitted with enough, albeit slower, 1TB 5400 RPM hard drive…why do they insist on slower drives when others are shifting to faster Solid-State-Drives (SSDs), at least a 7200RPM drive would be justice for such a premium-looking laptop. It has a backlit keyboard with a numeric pad and a multi-touch trackpad and decent internal components underneath.

The Dell Inspiron 15 i5558-5718SLV is fuelled by the low voltage Haswell Intel Core I i5 processor (3MB Cache) with a CPU Passmark score of 3388, which is quite average for the entry-level desktop replacement category since most units in the same class clock-in at almost 3361 points and extremes of 4250 points on standard tests. The midrange dual core Intel i5-4210U at 1.7GHz and turbo boost and hyperthreading of 2.7GHz is sufficient for some multitasking. The processor combined with 8GB of RAM will enable you run different apps at the same time while keeping multiple browser windows open at the same time.

The same Core i5-4210U processor is found in the Lenovo Thinkpad Edge 15 and our Editors’ Choice Lenovo Flex 14. This processor offers decent integrated graphics with Intel’s HD Graphics 44OO. In terms of performance, the Inspiron does well, especially when compared with competing systems such as the Lenovo Edge 15 and Lenovo Flex 2, but the Toshiba Satellite C55-C5241 eschews all of these in multimedia and baseline performance.

Graphics performance is quite decent on the Dell Inspiron 15 i5558-5718SLV, but it is far from the best. The 8GB RAM allotment enables the Inspiron 15 crank an extra frame per second in our gaming tests. We were able to play Skyrim on medium-resolutions and we expect some older titles can pull through some good eye candy. However, on most recent games you may not get anything approaching gaming levels.

In fact, even a few competing laptops with dedicated graphics cards such as the Acer Laptop Aspire E5-573G-56RG and the Lenovo Z40 both with Nvidia GeForce GT 820M GPU aren’t able to handle games, but the Skylake Intel Core-5 powered Dell Inspiron i7559-763BLK is a good bet for both games and multitasking, thanks to an enthusiast-oriented NVIDIA GeForce GTX 960M 4GB GDDR5 graphics card.

The Dell Inspiron 15 i5558-5718SLV signature edition gives you some perks that you’d not get in similar mainstream iterations. Signature edition means that Windows Defender that doesn’t expire protects the laptop. Similarly, it implies that the system is free of bloatware that would weigh-down the system and take time uninstalling some apps that you’d never need for your daily computing needs, alongside extended battery life.

All said, the Haswell i5 processor in this system was released in 2015, s its slightly older technology than the latest Broadwell and Skylake which are quite energy efficient and faster, giving you better multitasking potential.

If you can bear the little drawbacks, then the Dell Inspiron 15 i5558-5718SLV is a good deal, but the Broadwell-powered Toshiba Satellite C55-C5241 is also worth a long look as you shop around, and our Editors’ Choice the Dell Inspiron i7559-763BLK is also a recommendable choice, thanks to its Skylake processor, sleek design and good overall gaming and multitasking performance. 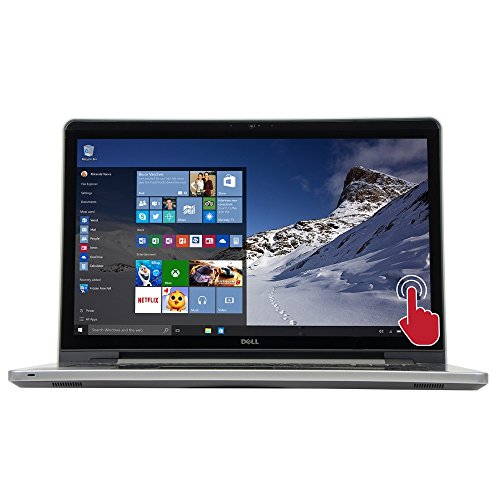