While the Dell Inspiron i3647-2309BK isn't the flashiest system available so far, it's nevertheless a good value thanks to its reasonable price tag, powerful Intel Core i3 Processor, USB 3.0 and Bluetooth support, and spacious 1TB hard drive.

Although most attention these days has been lavished upon sleek tablets, ultrabooks and all-in-one systems, tower desktops have persisted, often while bearing much less expensive price tags than the headline-grabbing devices. A good example is Dell Inspiron i3647-2309BK, a Windows 8.1-equipped mainstream desktop that totes a reasonable price tag and offers decent performance without entirely skimping on perks like an Intel Core-i3 Processor, USB 3.0 ports and a roomy 1TB hard drive. While it is not the most impressive desktop in its class that we’ve seen, there’s still value to be found here.

The Dell Inspiron i3647-2309BK is uhoused in a midrange tower that measures 10.32 by 19.88 by 15.39 inches (HWD), making it identical with the Intel Core i5 powered Dell Inspiron i3647-4616BK. At any rate, while its chassis isn’t exactly the flashiest, its subdued aesthetic isn’t entirely devoid of personality, either. The black metallic body is complemented by dashes of two LED lights on the upper light and a silver power button and a Dell logo at the mid-bottom.

The mini-tower chassis offers some real estate for expansion, but not the caliber of full powers. If you unscrew the side of the Inspiron i3647, you’ll be greeted by moderate potential for some internal expansion. There is some space for an additional optical drive, there’s also some vacant 3.5-inch bays for additional hard drives. The system’s 4GB DDR3 RAM is made up of one 4GB module, but the available sockets can support upto 16GB of RAM upgrades. One of the motherboard’s three PCIe x1 slots is occupied by the built-in 802.11a/b/g/n Wi-Fi card, leaving the other two PCIe x1 slots available

With its 3.5 GHz Intel Core i3-4150 Haswell Dual Core Processor and 4GB of DDR3 RAM, the Inspiron i3647 offers admirable performance on the right tasks. Whether you’re looking to create office word documents or need to complete some spreadsheets on Excel, it will deliver awesomely. The 4GB RAM gives the system enough oomph for media creation.

All these notwithstanding, it is a little difficulty for the system to surpass its main rivals such as the HP Pavilion 500-336 or its sibling the Dell Inspiron i660. While the i3647 fails to crack the 30 frames-per-second (fps) playability for high-end games, its discrete Intel HD Integrated Graphics gives it a boost for basic-medium games.

Connectivity on the Inspiron i3647 comes in form of a pair of USB 2.0 ports, two USB 3.0 ports, Bluetooth (tied to the wireless card), an 8-in-1 Media Card Reader, while wireless connectivity is aided by Dell Wireless-N 1705 and Bluetooth 4.0 technology. The system comes with a Tray load DVD Drive (Reads and Writes to DVD/CD), with integrated 5.1 audio but it lacks internal speakers.

Others include HDMI- and VGA- out, audio ports, and Ethernet ports. Bundled in the package is a wired Dell USB Keyboard and a wired Dell USB Optical Mouse, both of which have nothing peculiar from what we’ve seen so far. If you type quite often, you might need a replacement keyboard for both comfort and efficiency.

The Inspiron i3647’s 1TB, 7,200rpm HDD offers users plenty of room to store programs and media files. Still, those with a preference for starting from a clean slate will initially need to shovel through a moderate amount of pre-loaded software.

While the Dell Inspiron i3647-2309BK isn’t the flashiest system avaioable so far, it’s nevertheless a good value thanks to its reasonable price tag, powerful Intel Core i3 Processor, USB 3.0 and Bluetooth support, and spacious 1TB hard drive. However, if you’re looking for greater processing power, you should first check out the Gateway DX4885-UR2F Desktop, whose robust Core i5 processor, extra RAM, and spacious hard drive justify its costlier price tag. That said, there’s still plenty to like about the Inspiron i3647, and it’s certainly worthy considering. 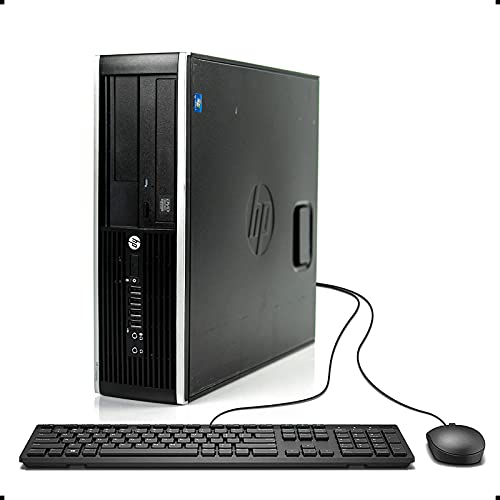