The Dell Inspiron i3847-5078BK is a desktop PC that's ready for the future It is comes with the latest specs ranging from 8GB of memory, 1TB hard drive and built-in 802.11 Wi-Fi.

The Dell Inspiron i3847-5078BK is the latest entrant into the Intel-based desktops family: it is a big brother to Dell Inspiron 3847 (Intel Core i3 processor) which we reviewed earlier. Just like its previous versions, the i3847 enters the market with the latest Intel Core i5-4460 processor, 8GB DDR3 system memory, and 1TB hard drive.

The system tweaks and upgrades make it a good performer just like other desktops of the same price range, of course with slight differences in processor speeds and efficiency scaling.

The Dell Inspiron i3847-5078BK essentially has the same design with most Inspiron desktops in this line, bringing to your home or small office a full-black plastic chassis, except for the chrome-colored Dell ring on the tower’s front bezel. There are the usual drop-down covers for the optical drives and USB 2.0, and there’s a 8-in-1 digital media card reader hidden in there too.

The back panel is quite utilitarian, with the majority of the desktop’s ports: 4 USB 2.0 ports (out of six total), 2 USB 3.0 ports, Ethernet, Audio and HDMI port. HDMI is great if you have a monitor that supports this interface as it can handle both audio and graphics without the need for more cables. You can even hook the system up to an HDTV in a few seconds.

A dual layer DVD burner is included for playback or recording of CD and DVD media. There is also a 8-in-1 media card reader for use with most popular flash media formats. Another saving grace is that it does support accelerated video transcoding capabilities with compatible Quick Sync applications.

Now, there is a PCI-Express graphics slot available for upgrading the graphics card but this upgrade path is limited to the 300 Watt power supply typical of most budget systems. This basically implies that only the most basic budget video cards can be supported.

Graphics is one of the areas where the Inspiron i3847-5078BK meets the competition. Much of this has to do with the Intel Core i5 processor that is bundled with the system that uses the somehow latest Intel HD Graphics 4000. This is by far a step closer to near-perfect graphics performance, even though its way behind in terms of 3D support.

Nevertheless, the system can still produce clear pictures with crisp details on low-end 3D games at low resolutions. This puts it at a big advantage thanks to the newer HD Graphics 4000, as compared to competitors using Ivy Bridge processors and just about every one of the AMD FPU’s with their Radeon HD graphics.

The system has two PCIe x1 slots, one PCIe x16, and one PCI slot free. You should easily be able to install a Wi-Fi card, in addition to the Dell-N1705, which also supports Bluetooth 4.0 transfers. It comes with a 1TB SATA (6Gb/s) hard drive, which is quite enough for most users.

The drive spins at the traditional 7200rpm spin rate which gives it solid performance and certainly a step up from those that use green class drives with slower or variable spin rates. If you need to add more space, it features a total of 6 USB 2.0 ports and 2 USB 3.0 ports for use with high speed external storage. This specs are quite decent for the price, considering that it has twice the number of the new ports than much of the competition.

The Dell Inspiron i3847-5078BK is a desktop PC that’s ready for the future, at an alarming inexpensive price. It is comes with the latest specs ranging from 8GB of memory, 1TB hard drive, built-in 802.11 Wi-Fi and preinstalled Windows 7 Professional (64-bit)which can be upgraded to the latest Windows 8.1.

This Dell is one of the least expensive systems out there today, and it is just about all you need for your mid-complex computing needs. The extra speed and expandability plus no bloatware are what keep the Inspiron i3847 ahead of other desktops, thus our recommendations for power users who don’t want to spend an extra dime on another system soon. 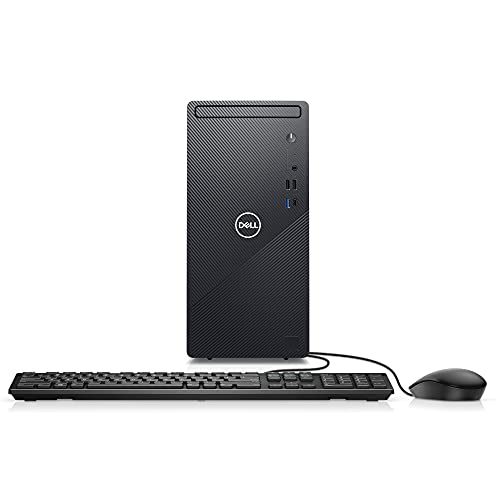