The Dell XPS 13 XPS9343-8182SLV puts your money where speed and quality design are. It score in terms of a brilliant touch screen, sturdy build quality, the thinnest construction in the planet so far, and very solid performance from the fifth-generation Intel Core i7 processor.

The new benchmark for premium desktop replacement laptop isn’t arguably design, port selection, or speedy storage. Rather, it’s the Ultra High-Definition (UHD) 4K displays for laptops, but for high-end ultrabooks, the UltraSharp QHD+ display is the new standard. The latest version of the Dell XPS 13 (XPS9343-8182SLV) is slimmer than its predecessor, actually the smallest 13-inch laptop on the planet and sets precedence as the world’s first virtually borderless infinity display.

It is also among the first few laptops to trickle into the market with Windows 10 pre-installed, meaning that you enjoy Cortana, Continuum, Microsoft Edge, Fast speeds and an expanded Start Menu among other niceties straight out-of-the box. It’s one of the first systems we’ve seen in 2015 with a fifth-generation Intel Core i7 ultrabook- class processor, and so far, we like what we see. It’s a very good choice if you’re looking for the most detailed screen you can get in a system that’s barely larger than the chassis of many 11-inch laptops.

With a chassis measuring 0.6 by 11.98 by 7.88 inches (HWD) and weighing 2.8 pounds, that’s slimmer and about a quarter-pound heavier than last year’s XPS 13 and balances right between the 11-inch Apple MacBook Air and the 13-inch MacBook Air. The system is way lighter than its unrelenting Window competitors like the Asus ZenBook 13, but weighs almost the same as the Toshiba Kirabook 13 i7 Touch, our Editors’ choice for high-end ultrabooks.

What’s notable about this is that the system’s screen height is lower than the other 13-inch laptops here, which means that the XPS 13 will work well on an airline tray table in coach. Typing on the chiclet-style, backlit keyboard is comfortable, as is using the wide touchpad and 10-point touch screen.

The Dell XPS 13 has a premium feel, thanks to the machined aluminum construction that makes up the chassis, paired with carbon fiber that clads the keyboard deck and palm rest. Dell covered the screen with Gorilla Glass NBT, and this is one machine with barely a few millimeters of bezel around the 13.3-inch, In-Plane Switching (IPS) screen. The near-invisible bezel makes the screen look larger and minimizes wasted space.

The 3K (QHD+), 3,200-by-1,800-resolution display is beautiful to behold, and shows an incredible amount of detail when viewing Netflix and YouTube videos. With Windows 10, the narrow bezels are quite OK as you don’t have to swipe the charms anymore like in Windows 8.1. On the whole, the system looks prettier and has a sleeker look than even its predecessor the Dell XPS 13 Touch.

Port selection on the XPS 13 is quite decent, although some will find it a bit sparse: You get one mini DisplayPort, two USB 3.0 ports, and an SD card reader. Wireless connectivity comes in ways of 802.11ac Wi-Fi and Bluetooth 4.0. Should you find the port selection limiting, for less $60 you can get your hands on a Dell USB 3.0 adapter adapter that will add Ethernet, HDMI, USB 2.0, and VGA, but that’s another box that you may accidentally leave at your desk or on the road.

A fifth-generation Intel Core i7-5500U Processor (4M Cache, up to 3.00 GHz), with low-voltage for energy consumption combined with Intel HD Graphics 5500 are outfitted in the XPS 13, giving it enough power for your demanding tasks. The CPU class makes the XPS 13 appealing for people of various classes and makes it good enough than the Toshiba KIRAbook 13i7s Touch in performance.

It even squeaks by the Toshiba Satellite Click 2 Pro P35W-B3226, which has a slightly faster and energy efficient Core i7 processor. With the powerful processor and a standard 8GB DDR3 RAM, its 3D scores are better than that of previous systems, but in my tests, the frame rates are evidence that you won’t be playing 3D games on any of the ultrabooks, unless you’re ready to tone the quality settings way down.

The system comes with 8GB of memory and a 256GB solid-state drive (SSD). There may be some who want more storage to keep lots of HD video files handy, but 256GB is enough for most other users, especially if you have subscriptions to streaming video services like Amazon Prime and Netflix. Dell covers the XPS 13 Touch with a one-year warranty, which is a bit short compared with the two years you get with the Toshiba 13 i7 Touch (an option on the XPS 13 Touch).

One thing stands, the 2015 XPS 13 is ready for 2D content creation, and with Windows 10, so any photographers, videographers, and Web developers who prefer Windows should take a good look at this system. If you love the MacBook Air 13’s HD+ display, you’ll surely adore the stunning UltraSharp QHD+ resolution (3200×1800) on the XPS 13, which boosts of over 2.5 times as many pixels as FHD, 5 times as many as HD and almost 4.4 times as what we see on Apple’s Apple MacBook Air. Dark angles are barely present, thanks to an IGZO2 IPS panel, which gives you wider viewing angles of up to 170°, which is quite decent for watching movies with friends.

When all is said and done, the Dell XPS 13 XPS9343-8182SLV puts your money where speed and quality design are. It score in terms of a brilliant touch screen, sturdy build quality, the thinnest construction in the planet so far, and very solid performance from the fifth-generation Intel Core i7 processor.

Even with these niceties and Windows 10 to boot, the Toshiba Kirabook 13 i7 Touch stands unshaken as our top pick for high-end ultrabooks though, thanks to its longer battery life, two-year warranty (including tech support and Internet security), and bundled software. That said, the Dell XPS 13 should be on your short list if you’re looking for a Windows 10-ready, well-built, thin, light, and powerful touch-screen Windows laptop. 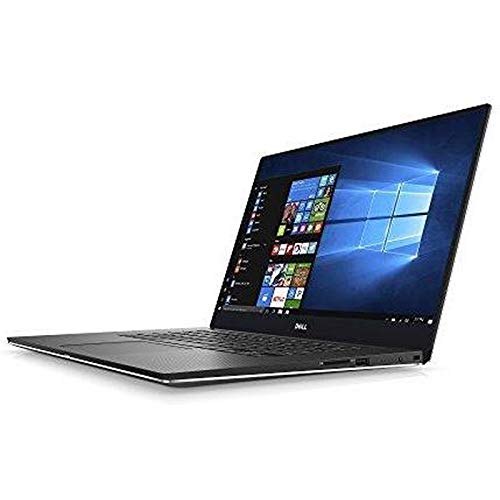