When HP just decides to impress people, it turns loose its top designers on its Spectre premium model of laptops and ultrabooks. Now we’re seeing the good designs and superb performance trickle down to the not-so-expensive desktop replacement laptops. Case in point: the latest offering of the HP 15-ac121nr, that combines some of the best elements of competitors in its class into a decent and polished system.

It’s clearly built to take on last year’s Toshiba Satellite L75, but it adds a new sixth-generation(Skylake) Intel Core i5 processor for enhanced performance, similar to the Dell Inspiron i5559-3347SLV laptop. The best part, however, is how HP has priced the 15-ac121nr bearing in mind that it boosts a Full HD display. For that, it is our newest Editors’ Choice for small-to-medium size (SMB) business laptops.

The HP 15-ac121nr’s chassis is clad in a vibrant-silvered chassis, with a resin textured fingerprint resistant cover, that gives the system a stylish modern look. It measures 0.96 by 15.13 by 10.02 inches (HWD) and weighs in at 4.83 pounds. This is a little leaner and lighter than the Toshiba Satellite C55-C5241, that measures 0.93 by 14.96 by 10.20 inches (HWD) and weighs a mere 5.85 pounds. While a bit utilitarian, the look of the laptop is still modern, with the signature HP look across the chassis and keyboard.

You’ll find a good selection of I/O ports on the sides, including an Ethernet jack, an SD card reader, one USB 3.0 port, two USB 2.0 ports, and an HDMI output. We’ve seen most ultrabooks eschew the DVD, but being a notebook you have one for your old movies. Wireless connectivity comes by way of 802.11bgn Wi-Fi and Bluetooth 4.0, letting you connect to a wide variety of the latest wireless hotspots and smart devices. 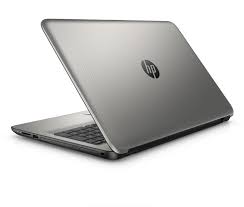 The 15.6 inch Full HD AntiGlare WLED-backlit Display with a maximum resolution of 1920-by-1080 is a real ticker in this system. This is one thing that will keep most users glued to the screen as we rarely see true 1080p resolutions on budget laptops. For instance, its direct competitor the Toshiba Satellite C55-C5241, comes with a 1,366-by-768-resolution, although they both share the same screen size.

A full HD screen suffices for anyone who is looking forward to enjoying movies and video streams at close-to-crisp resolutions. You won’t find a touch screen on this system, but it ships with the latest Windows 10 pre-loaded, so that’s not too much of an issue as you’ll enjoy Cortana and Microsoft Edge straight out-of-the box.

Graphics performance aren’t top-notch, but the laptop promises clear-than-average visuals for multimedia tasks and movies. For gaming, you won’t get much but the system produced playable frames frame rates (albeit at medium detail and lower-resolution settings). While the laptop isn’t built to satisfy hardcore gamers, and certainly won’t deliver the sort of 4K graphics most premium systems support, it does have some gaming capability, so long as you dial down the settings and don’t expect flawless performance.

For gaming and multitasking, the Dell Inspiron i7559-763BLK is a recommendable option, thanks to its ample processing power combined with a dedicated graphics card. The system trumps the Toshiba Satellite C55-C5241 in battery life. It lasted an excellent 6 hours 37 minutes on our battery rundown test, while the Satellite C55 lasted 6 hours 13 minutes. The HP 15-ac121nr’s battery life is just about enough to last a full 6-hour workday, and certainly enough to last on a cross-country flight.

We expected a backlit keyboard like the one we saw on the ASUS K501UX and most ultrabooks; but that is among the few tradeoffs you need to make in order to get a great system at a nice price range. Still, the non-backlit keyboard is comfortable, but has keys that are flatter and more murshy than the one on the ThinkPad Edge E43. The space bar is also in good proportion to the wide keyboard deck.

It has a full 10-key numeric keypad, which the Lenovo E431 and other competitors like the Acer Aspire E5-571-37SY and Lenovo Z40 lack. If you love your movies on DVD, this system includes a built-in DVD drive which is just enough as most manufacturers are doing away with optical drives as they focus on making the units svelter. 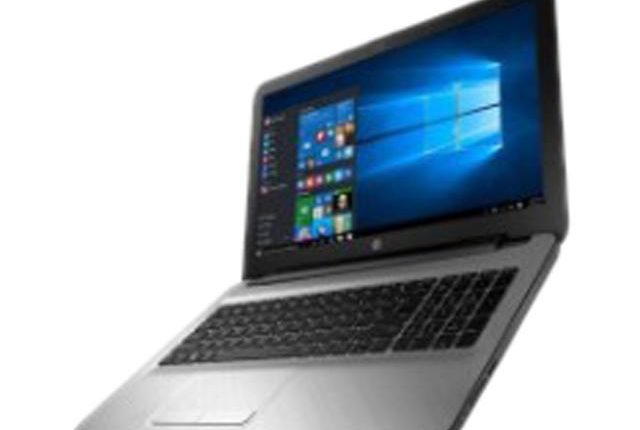 Powering the HP 15-ac121nr is a sixth-generation(Skylake) Intel Core i5-6200U processor, 8GB of system memory (upgradable to 16GB if needed), and Integrated Intel HD 520 graphics engine. The Core i5-6200U processor is now quite standard for most laptops released late last year to date, as it represents a crop of fast and energy efficient class of processors (codenamed: Skylake), and if the user reviews are anything to go by, then you’re getting a real kicker for your daily computing needs.

With an ‘in-house’ 2.2GHz Skylake processor that can clock up to 2.8GHz in turbo mode (3MB L3 Cache), you expect the system to pull through most tasks thrown its way without the unnecessary lags. Here we are talking about Microsoft Office processing, light multimedia projects, Internet surfing and even some light gaming. In our tests, it delivered solid multimedia performance than most units in its class, but it was slightly behind the Lenovo Yoga 900 and the Dell XPS 13, both pricier premium systems featuring Core i5 processor.

For storage, there is a 1000GB hard drive. While hard drives aren’t as fast as solid-state drives (SSD), it can be forgiven for a budget desktop replacement laptop, it is larger than the 500GB hard drive space offered in the Lenovo G50, but is the same as the 1TB in the Toshiba Satellite C55-C5241. However, in as much as it is a budget laptop, we can’t ignore one flaw in the 1TB 5,400 RPM (revolutions per minute) instead of faster 7,200 rpm since HP felt that an SSD will push the price a bit higher, so they had to stick to a slower HDD.

Nonetheless, 1000 GB is still enough real-estate to stash away your media contents: movies, videos, audio collections and pictures without worrying about limited storage. If you need more storage for your collections, for a few bucks you can grab an external Toshiba Canvio Basics 1TB Portable Hard Drive. If you need snappier performance, you can consider the ASUS Zenbook UX305UA which comes with a 256GB solid-state-drive and offers subtle performance, while still maintaining a similar sixth-generation Intel Core i5 processor.

The HP 15-ac121nr Full HD laptop is a superb mix of design, function and performance with premium touches, like the latest sixth-generation Core-i5 processor, a unique design, enough storage and 8GB of RAM. The fact that it delivers all of this at a midrange price is just icing on the cake. 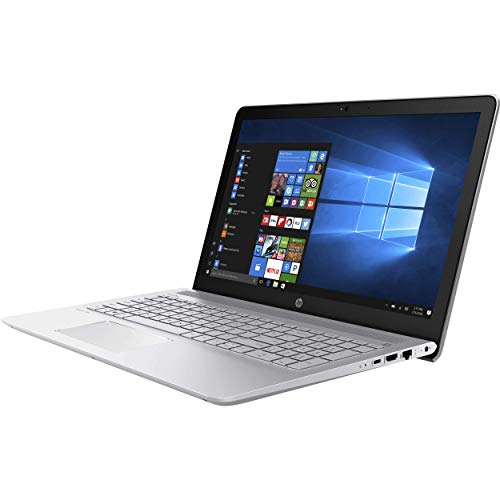 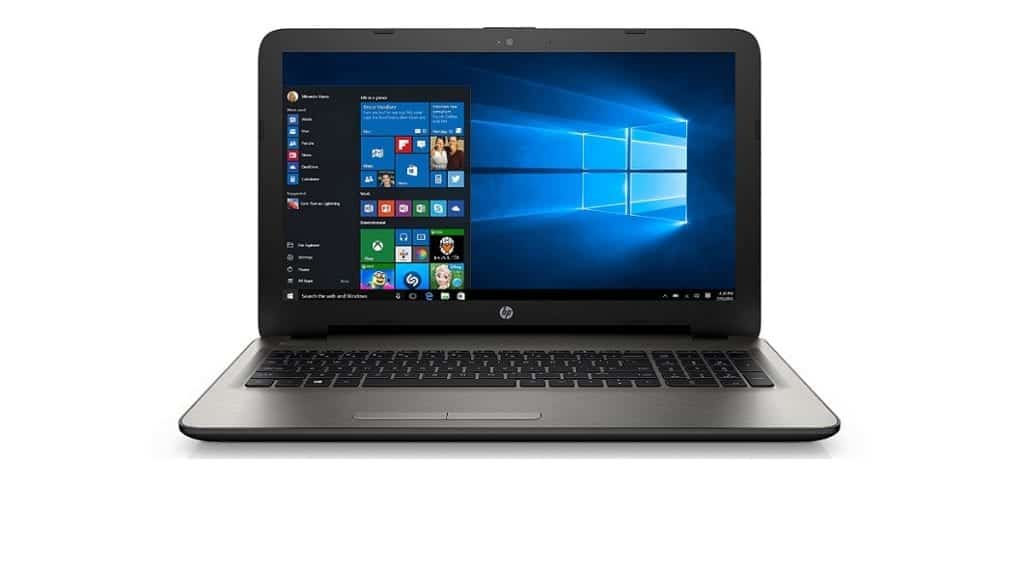