The HP Chromebook x360 (14b-ca0010nr) is a great device that delivers on the 2-in-1 experience, boosting it all with advanced stylus pen support. But, it would go a little up in performance.

The new HP Chromebook x360 (14b-ca0010nr) is another addition into the affordable laptops market, though at its listing price, it’s a few steps from being one of the most budget friendly Chromebooks we’ve reviewed here.

With the Chromebook X360 14b, HP doesn’t go cheap, and the extra bucks get you a metallic chassis and a 360-degree hinge like those found on most of the company’s products. As a result, this Chromebook gets a sturdy base and a premium feel. The display is surrounded by plastic bezels with a soft finish. Altogether, the HP 14b-ca0010nr looks and feels like a well-built machine.

The specs sheet tells just part of the story for the Chromebook X360 14b. HP was very particular on key details, starting with the sturdy chassis to the hinges. As mentioned earlier, the body is mostly plastic, but the aluminum keyboard deck makes the machine feel very solid, even when held on one hand. Weighing only 3.5 pounds, this Chromebook is perfect for easy toting.

Port selection is great. HP keeps up with its past with a single USB-A port, but by including two USB-C ports, that’s the right move towards the present trend. The included charger connects to one of those USB-C ports, so if you plan to have many peripherals plugged in most of the time, you might want to buy a USB-C hub to give yourself more connectivity options.

Perhaps the only trade-off here is the display. The 14-inch HD touchscreen has a maximum resolution of 1366 x 768 pixels and a measured luminance of 229 nits, that’s barely bright enough to work in a well-lit office, and we’re not even mentioning working outside.

HP gave the Chromebook x360 a 3:2 aspect ratio, which is better than the 16:9 you’d find on most laptops. As a result, the Chromebook x360 12b’s taller screen makes it possible to get real work done, and we would gladly take that over some few extra nits. 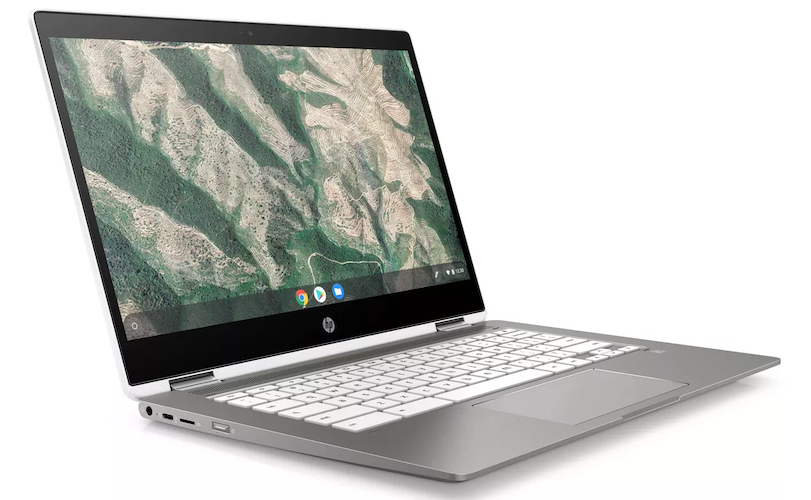 Most low-cost Chromebooks ted to have awful keyboards – with dreadful travel akin to typing on hard rock. The HP 14b-ca0010nr lives above that moniker, providing firm and gentle feedback that will keep you typing for hours. Below the keyboard, there’s a huge trackpad centered on the spacebar.

It clicks all the way to the top, and it is a better version of HP’s trackpads that would occasionally run berserk or lose palm rejection – this one is smooth, predictable and very responsive.

Now that the HP Chromebook x360 (14b-ca0010nr) supports pen input, there’s a magnetic spot along the left edge of the keyboard deck that allows the pen to stay hooked in place. You’ll have to buy the pen separately, though. It supports any USI pen – but you can buy the HP Rechargeable Active Pen if you need one for interacting with the touchscreen.

The internals on the Chromebook X360 continue to keep the device squarely in the budget category. Given the Intel Celeron N4000 processor, 4GB RAM and 32GB eMMC storage, you should expect adequate, rather than blazing performance. These specs are adequate within the chrome ecosystem, we can’t complain.

On a typical workday, you can juggle between multiple web applications, with 15 to 20 browser tabs open without any noticeable lag. However, if you’re streaming videos or playing online games, you’ll definitely notice more of a strain.

Note that since Google updates the Chrome OS every six weeks, performance isn’t easily comparable with older models. On the plus side, the HD camera on the HP 14b-ca0010nr offers an impressively wide viewing angle. Also, you can play casual games such as Super Mario Run, but with occasional glitches. 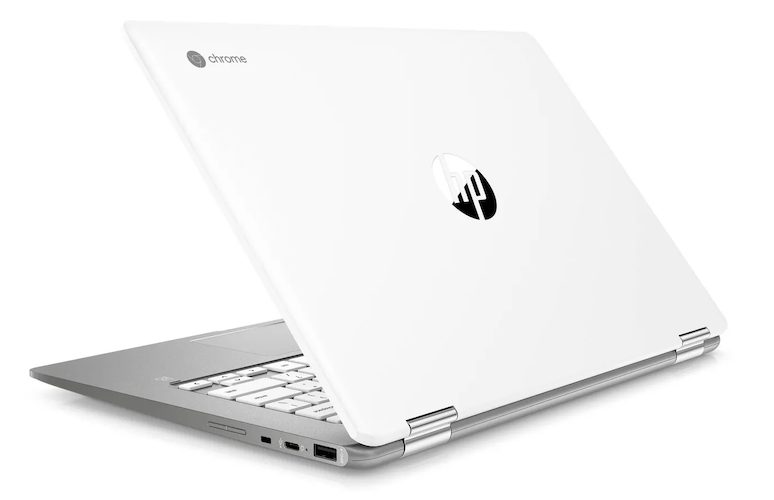 Decent battery life is what we all look out for in laptops – and, the Chromebook X360 perfects it with a runtime of 11 hours 13 minutes untethered. That’s clear of the 8-hour laptop minimum, involving continuous web surfing over Wi-Fi at 150 nits of brightness, and above the category average (10:12).

The HP Chromebook X360 14B is a well put together package on the outside and leaves a few things to be desired on the inside. For the price, it’s warming itself into the territory of better machines. A small bump in your Chromebook budget can land you a Lenovo Chromebook Flex 5 or an HP Pavilion x360 (14-dh2011nr), which has a sharper display, lots of SSD storage, double the processor cores and runs Windows 10, while maintain portability and stylus support.

All said, if all you want is something affordable but fairly nicer than what kids might use in school, then the HP Chromebook x360 (14b-ca0010nr) is a great buy. It’s small, versatile, light and comfortable to work on for long periods. 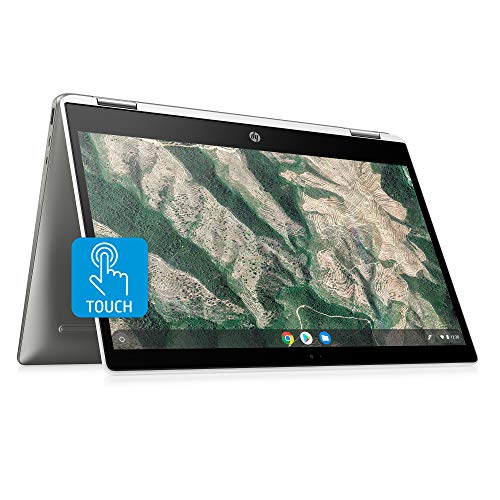