The HP ENVY M6-k012dx Touchsmart Sleekbook Laptop may lose step or two to typical ultrabooks in terms of processing power and battery life, but it does have a little something special to make up the difference, namely Windows 8 (upgradable to Windows 10) and touch functionality.

Now that Windows 10 is here to stay, hybrid designs and touch screens are once again a common sight on laptops. The first few candidates are trickling in fast and steady into the market, but we’re are also looking at touch displays that are graduating from Windows 8, most of which are otherwise standard laptops. One of the first laptops to get us out of our comfort zone is the HP ENVY M6-k012dx laptop.

It may not have a bunch of perquisites to qualify as an Ultrabook (such as a quick return from sleep or reboot (Intel Rapid Start Technology) and quicker startup and app launching (Intel Smart Response Technology); but it is contented as a Sleekbook as it essentially looks like an Ultrabook as it is built into the same chassis. It brings touch functionality to the Sleekbook category with a 15.6-inch touchscreen. Sure, it’s got a few flaws, but the ENVY M6 is still worth a look if you’re a multimedia enthusiast looking for the full Windows 8/10 experience.

The Envy M6 TouchSmart has a brushed aluminum finish, ditching the black and red colors of the HP Envy 4-1043CL for a more conservative look. It’s also a bit heavy, weighing 6 pounds and measures 2 by 15 by 13 inches (HWD). The non-touch HP Envy 4-1043cl weighs 3.86 pounds, and the Editors’ Choice Portege Z10t-A1111 barely tipped the scales at 5.6 pounds.

Adding to this upgraded operating system HP adds a handful of utilities and programs, many of which appear on the Start Screen. In addition to standard Windows 8 apps—like Mail, Calendar, Internet Explorer, Skype, and the Windows Store—HP includes a TrueVision HD Webcam, links to eBay and Netflix, and a selection of HP branded apps and utilities and a one-year warranty.

On the hardware front, the HP ENVY M6-K012dx is equipped with two USB 3.0 ports, one USB 2.0 port with sleep-and-charge functionality, jacks for headphone and microphone, and a card reader (SD/MMC). HDMI output makes it easy to connect to an HDTV or monitor but the Envy M6 lacks WiDi, for wireless streaming through an adapter.

A compact Ethernet port folds closed when not in use, 802.11n Wi-Fi gives you unfettered wireless access, and Bluetooth 4.0 lets you pair peripherals wirelessly. Internally, the Envy M6 TouchSmart has a 1000 GB hard drive, though a Solid-State Drive (SSD) would mean fast boot time and accelerated performance.

The distinguishing feature of the Envy M6 TouchSmart is the 15.6-inch touch screen, which adds the touch functionality needed to really take advantage of Windows 8, which you can now upgrade to Windows 10 for free. You won’t see any flipping screens or twisting hinges on the Envy M6, however, because it’s not a hybrid, just a laptop. The only issue this causes is the need for better, firmer hinges on the display and lid. Because you’ll be poking and prodding the screen of this laptop, the hinges need to be able to stand firm against backward pressure.

The hinges on the Envy M6 are alright, but there’s still a fair amount of wobbling whenever you tap or swipe. Designs that fold flat into a tablet don’t suffer from this sort of screen wobble, because the screen is backstopped by the rest of the laptop chassis. For the best implementation of touch, you’ll want something that can be used as a fold-flat tablet, like the Dell XPS 12 or the Sony VAIO Duo 11 (D11213CX).

You still get HP’s well-made chiclet keyboard, with backlit keys and a clickpad (HP’s Imagepad) covered with a subtle radial spin finish. We didn’t have any problems with the accuracy or responsiveness of the clickpad, but the texture won’t be to everyone’s liking, especially if they are more accustomed to glass-surface alternatives. Finally, as a member of HP’s Envy line-up, the laptop is also equipped with Beats Audio, providing crisp, clear sound through two stereo speakers and an integrated subwoofer. With up to 5 hours of battery life, it stands out as one of those laptops you can use for a presentation at the office.

Its 8 GB of RAM is ample for multitasking, and its 1TB hard disk is easily big enough for a large media collection. These specs allow it to compete side-to-side with the Intel Core i7 powered Portege Z10t-A1111, the HP ENVY M6-n010dx and a majority of current 14-inch ultrabooks. The AMD processor make a significant difference in performance, but not enough to make a significant impact in day to day use. Where you may see some noticeable lag, however, is in multimedia tasks, like video and photo editing.

For the price though, we didn’t expect crisp 1,920 by 1,080 resolutions, which are some of the sacrifices you need to make on a sub-$1000 Sleekbook. If you want full HD 1080p resolutions, you will have to upwards in the line of the HP – Spectre x360 and spend more; the Envy M6 comes has a maximum resolution of 1,366 by 768, which is quite fair for the price category. The quality is good with nice color and contrast, though it does invert when you’re looking up at it. Off-angle viewing to the sides is fine, though. The ENVY M6 doesn’t come with an optical drive, just like most modern laptops, instead it comes with SD and MMC slots and multiple USB ports for seamless connectivity. After all, with most software available online, and now we have Windows 10 as a mere update, who really needs an optical drive poking on the side of a cool Sleekbook?

The HP ENVY M6-k012dx may lose step or two to the best laptops in terms of processing power and battery life, but it does have a little something special to make up the difference, namely Windows 8 (upgradable to Windows 10) and touch functionality. For some, that’s reason enough to opt for the Editors’ Choice Portege Z10t-A1111, and skip Windows 8 entirely.

For others, however, it’s a welcome change, and the HP Envy M6 is a capable laptop that offers touch without all of the complications seen in hybrid ultrabooks. For those who want a solid Windows 8/10 experience with touch, but without any tablet functionality, the HP ENVY M6-k012dx is a solid sleekbook. 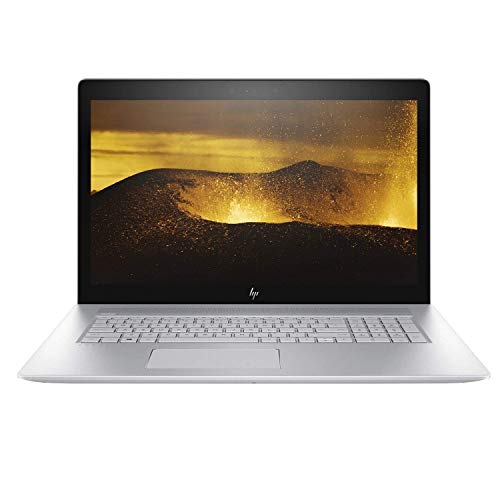