The HP Envy 810-160 is a Windows 8.1-equipped gaming rig that gives gamers a robust and more affordable alternative to pricier custom-built systems from boutique PC manufacturers.

The HP Envy 810-160 is a Windows 8.1-equipped gaming rig that gives gamers a robust and more affordable alternative to pricier custom-built systems from boutique PC manufacturers. It’s packed with enough horsepower for handling high-end gaming and media creation as well as day-to-day computing tasks without breaking a sweat.

The tower size is average at 16.88 x 6.86 x 16.29 inches. By all standards it is not the smallest PC out there, but it is not excessively rage, and not minimally small to fit absolutely anywhere. Any desktop enthusiast will tell you that is expected on any tower with so much power, especially those with discrete GPU units. It weighs at 22 pounds, which is justified as you can’t be moving with your tower PC.

Just like any gaming PC, the Envy Phoenix 810-160 has the right aesthetics. It is dotted with red LED lighting throughout the chassis, which gives it a sinister, awesome look in darkly lit rooms. It also supports multiple displays, and is also equipped with HP’s SimplePass for easy tracking of all your online accounts. 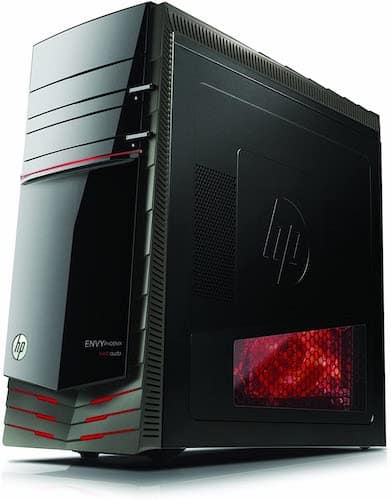 The HP Envy Phoenix 810-160’s GPU is an NVIDIA GeForce GT 640, which runs on 4GB of video RAM, which is enough to display crisp textures especially on games with quick loading maps. With a 3.4GHz Intel Core i7-4770 processor, the Envy 810-160 has the chops to pump out solid performance when placed heads-on with similarly-priced gaming rigs. 16GB of RAM is probably more than you bargained for, but it goes ahead to prove that this machine is more-future-proof. That’s not all, you have two more slots to expand this to 32GB, isn’t insane? 1TB of hard drive ensure that you never run short of storage space for your media and games.

The HP Envy 810-160 is equipped with a GeForce GT640 graphics card, massive 16GB of RAM, and enough storage is guaranteed in the 1TB hard drive with a 16GB SSD cache for fast-loading, and Beats Audio accentuates the sound output. Being a gaming desktop, its performance is amazing. Packed into the tower is an Intel Haswell processor that can clock at 3.4GHz, and has enough room to crank up the GHz when needed. On the other hand, it can equally slow itself down when idle to save on your power bill.

The HP Envy Phoenix 810-160 is a powerful ready-made gaming desktop that’s worthy of serious consideration for power users and high-end gamers alike thanks to its considerable processing power, room for expansion, and built-in SuperMulti DVD Burner. It packs a decent amount of features, including Beats Audio. This adds more bass to your room while at the same time adding clarity to your kids and highs through the right speakers.

Gaming machines need seamless connectivity and HP delivered exactly that. The HP Envy Phoenix 810-160 supports up to 802.11ac, which is the fastest standard so far. Also soldered into the motherboard is a Bluetooth 4.0 adapter for quick connectivity. Also, it has 6 USB 2.0 ports for peripheral hookups, and another 4 USB 3.0 ports for high-speed data transfers.

For gamers, the HP Envy Phoenix is a shoo-in the shopping cart. It has the right gears for gaming, even though it sometimes get loud when playing gaming. It is recommended to keep the desktop in the open when playing RAM-intensive games. Apart from the minor annoyance, this is a solid gaming PC with the right RAM, graphics and enough storage at a a low price. Even if gaming isn’t your forte, the HP Envy 810-160 is still worth checking out if you regularly work with visuals. 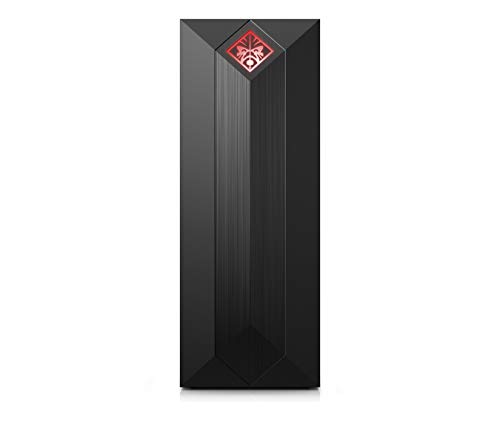