As a bang-for-the-buck buy, the HP Pavilion Power 580-148 deserves the honors. It meets the performance demands for budget gaming desktops, and it affords to check all the boxes of what you’d need from such a system. If you need to replace an aging PC, you should start here.

The HP Pavilion Power 580-148 is a high-performance system designed for the user who is more interested in graphic arts, video editing, media creation and enthusiast gaming. It belongs to the family of systems, that back in the day, would’ve been called high-end multimedia PC, though these days it’s categorized as a mainstream system.

It features a speedy solid-state-drive (SSD), AMD’s Ryzen 5 processor and a midrange enthusiast Nvidia GTX 1060 graphics card. If you’re looking to replace an aging laptop or a four-year old $2500 system, you should seriously start here.

The Pavilion 580’s chassis has a fairly new design, though, it shares much of its DNA with older systems, like the HP Pavilion 570 Series. It’s a tower chassis with the signature black painted side panels, an a glossy-edged front panel with a green HP logo embossed on the upper front. As a result, you have some space for expanding the memory and storage. The system already has dual-band 802.11a/b/g/n/ac and Bluetooth 4.2 so you won’t need to install a wireless card.

Measuring 14.33 by 6.5 by 14.88 (HWD) inches, the system is about the right size for any office space. The tower comes with a 300W power supply, which is enough for the included GTX 1060 graphics card, but a little lean for the card’s more power-hungry brothers like the flagship GTX 1080 Ti. There’s a built-in DVD burner on the front panel, which is about what you’d expect for a multimedia system. You can use it for movies, burn DVDs and CDs, although most manufacturers are not including optical drives lately.

Port selection on the HP Pavilion Power 580-148 is excellent. The Pavilion 580 is pretty well equipped with the front having one USB 3.0-Type C, one USB 3.0, and a headphone/microphone jack. On the back, the bosswood back I/O panel has numerous ports: two USB 2.0, Ethernet, two HDMI out, two USB 3.0, audio (line-in/out), and microphone jack. Also, on the GTX 1060 graphics card are a DisplayPort, an HDMI port and a dual-link DVI port. The USB 3.0 are convenient for external hard drives, while the two USB 2.0 ports can be used for the included keyboard and mouse. Monitor is bought separately, the 23-inch Acer R240HY is a recommendable choice.

There’s a 128GB SSD that works as the boot drive, while an additional 1000GB hard drive works as the primary storage. Having an SSD does help in performance, and the extra storage is much welcome if ever you need to edit video or keep a library of photos. As it is, you don’t need to add any more storage since the 1TB data drive is enough for most projects.

As stated above, the 128GB SSD totally boosts performance, as does the quad-core AMD Ryzen 5 1400 processor (3.20GHz), 16GB of DDR4 memory, and the new Nvidia GeForce GTX 1060 graphics card with 3GB memory. Together, the components return an excellent 8443 points on the CPU Mark test, which measures a PC’s resiliency and performance on everyday tasks.  For general productivity, it is among the fastest AMD-powered midrange systems you can find around.

It is in the same ballpark with systems like the CyberPowerPC Essential GLC4200A on multimedia tests including Photoshop, making it a big deal for video encoding and picture editing. It leads the pack for daily productivity in such a dominant fashion, and manages to stay right up there among the best in category.

Apart from gaming, the system muscles-up well on other demanding tasks. If you’re into ripping movies or creating digital content, you’ll get a handsome transcode speed of 40.0 FPS and above. A nice PC, especially for the price, irrespective of the quad-core processor that doesn’t support hyper-threading. Apparently, this is one of the best you can get currently for the price. It comes with Windows 10 Home 64-bit pre-installed.

A Desktop for Work and Play

As a bang-for-the-buck buy, the HP Pavilion 580-148 deserves the honors. It meets the performance demands for budget gaming desktops, that can be used for work alike. If you pair it with a full HD monitor, like the 23-inch Acer R240HY, you end up with an amazing desktop PC for much less.

The GTX 1060 is a new graphic card with VR support, with the required ports for a virtual setup. Thus, for the solid performance, superb features and reasonable pricing, the HP Pavilion 580-148 is a winning choice for mainstream PC. 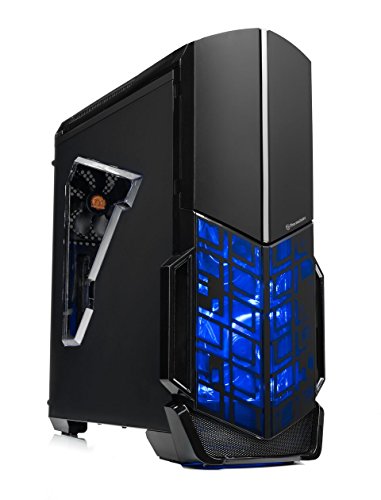 The 10 Best Laptops for College Students