The HP Spectre X2 12-a008nr is billed as the ideal replacement for your typical laptop, with muscle to run complex applications, almost all-day battery life, and unlike its direct rival the Microsoft Surface Pro 4, it comes with a built-in LTE modem, plus an included keyboard cover.

It will appeal to you if you fancy a touch-screen tablet in a full fledged Windows 10 PC that you can easily carry around. It has a speedy, but power-efficient Intel Core M3 processor, 4G LTE capability and is packed with a full-size mechanical keyboard cover. This Windows tablet is one of those lightweight gadgets that will suffice for anyone on the move, but comes with niceties such as a full HD, In-Plane Switching (IPS) screen and a great design.

Ideally, I can’t argue that the Spectre x2 is the ideal PC for everyone, but one thing am sure about, it that it’s a solid laptop alternative for anyone who needs to type often, but portability is a must-have in the laptop of choice, thus, the tablet form factor us hard to pass by.

If you’ve seen the Microsoft Surface Pro 4 or its predecessors, then you might as well confuse it with the Spectre x2. Here we’re looking at a slate tablet with a detachable keyboard case. It’s clad in a matte-finish and a chrome HP logo embedded on its back. There is a stainless-steel, U-shaped kickstand that pops out of the back panel when you slide the release on the left side of the tablet.

A stainless steel kickstand opens up the world to a wide array of angles, making it possible to use it from a seated or standing position, can be propped on a table, or can comfortably sit on your lap. When using it on your lap, the kickstand may dig into your leg, don’t worry, that’s an issue shared across the category, even among the Surface tablets.

This aluminum-clad tablet measures 0.31 by 11.81 by 8.23 inches (HWD) and weighs 1.84 pounds alone and 2.68 pounds with its keyboard cover attached. That’s slightly heavier than Microsoft’s Surface Pro 4, that is 0.33 inches thick and weighs in at 1.73 pounds sans keyboard. Folks after portability will see it as a big difference, but you aren’t likely to notice unless you compare them side-by-side. However, the keyboard case adds extra inches to the tablet’s thickness, though, the depth and width are unchanged.

Typing being the main concept that differentiates it from typical Windows-based tablets, we really had to look at the experience. The Spectre 2’s keyboard cover is a better proposition as compared to the Surface Pro 4, that doesn’t come with a keyboard, only a stylus. The keyboard is pretty, and the aluminum deck makes it sturdy and rigid, otherwise, it would have been flappy if it were to be connected to the tablet.

It has a two-stage magnetic connector on the keyboard that make it even more steady at a more comfortable angle. All signal from the keyboard, including the power for lighting, are passed through the magnetic connector. It comes with a full 1.5mm keystroke and are mostly full-size, though you get a small Delete key, which is a notable exception.

Still, the keyboard is comfortable enough to use, especially for short sessions in your lap, but, can as well be used for extended sessions on, say, edit a report on a table at a coffee shop. Its on-piece touchpad is wide, so you can theoretically use the system with the keyboard and touchpad alone.

Apparently, that would nullify the reason of using a tablet in the first place, an it all rests on the 10-point touch screen. On the whole, the 12-inch display is responsive whether you playing games, configuring on-screen elements, or simply surfing the Web in the Microsoft Edge browser. Multitouch gestures like pinch-to-zoom and two-finger scrolling work without a hitch in Edge, but you might realize some glitches on Google Chrome.

Portability combined with a slim face work hard to ensure that there’s limited space for ports. here are only two USB-C ports and a headset jack on the entire tablet. The AC adapter uses either of the USB-C ports to charge the Spectre x2, so only one port is available when the tablet is plugged in. If you want to use a USB flash drive or an external solid-state drive (SSD), you need to use the included USB-C-to-USB-Type-A adapter.

Likewise, to connect an external display, you’ll have to pick up a third-party USB-C-to-DisplayPort or -HDMI adapter separately. It’s not all bad news, however; there’s a microSD card slot for additional storage, and 802.11ac Wi-Fi and Bluetooth handle wireless connections. To that, it adds a built-in 4G LTE modem and a Verizon SIM card, though, you’ll need to sign up for a data plan on your own.

You get a128GB solid-state drive (SSD) and 4GB of system memory. There’s around 97GB of free space out of the box, though there are a few apps like Netflix, Snapfish, and Candy Crush Saga that you can uninstall as well. That said, there really aren’t too many preloaded apps, which is nice.

This laptop might be slim, but the Spectre 12 is kitted with some high-specification components. With a Skylake-based Intel Core m3-6Y30  dual-core processor and integrated Intel HD Graphics 515. Like the Core i5 line, the Core M3 processors are top-of-the-line CPUs with the best performance. In Q4 (2016) we’ve seen Kaby Lake processor that are trickling into the mobile category boasting of solid performance and unmatched energy efficiency.

This chip has base speeds of 0.9GHz but can clock a maximum of 2.2GHz when thermal conditions allow. Paired with 4GB memory it’s a speedy laptop, far faster than laptops with previous generation Core M processors like the Dell Latitude 13 7350 and even Core i7-powered laptops like the Lenovo Yoga 900.

With this configuration, the Spectre 12 handles less intensive tasks such as web browsing and photo editing with ease, and while it is possible to edit videos, this laptop lacks a dedicated GPU and isn’t designed for such tasks, therefore not a viable replacement for a more powerful laptop or desktop.

For a super-slim laptop powered by integrated Intel HD Graphics 515, graphics performance is at the bare-minimum. It will have you play basic 3D games and smartphone game ports, but push it any harder and it will struggle. I was able to play a few session of Minecraft at 60fps without glitches, though.

Battery life was very good at 9 hours 34 minutes on our rundown test. That will make it possible for you to watch movies and TV shows during a cross-country flight, with plenty of power left over for when you land. That’s still behind the Microsoft Surface Pro 4 (10:19) and the Lenovo Yoga 900 (10:56), but better than the Asus Transformer Book T300 Chi (5:54) and the Lenovo Yoga 3 Pro (8:19).

Should I buy the HP Spectre X2?

Both the HP Spectre X2 12-a008nr and Surface Pro 4 are billed as the ideal replacement for your typical laptop, with muscle to run complex applications, almost all-day battery life, and unlike its direct rival the Microsoft Surface Pro 4, they come with a built-in LTE modem, plus an included keyboard cover. That said, the Microsoft Surface Pro 4 remains our Editors’ Top Pick for high-end slate tablets, thanks to its higher performance, longer battery life, higher-resolution screen, and better legacy connectivity.

As a result, the HP Spectre 12 finds itself on its own – so you’re hard pressed to find a laptop on the market sporting such a slender build with this amount of processing power. Therefore, if you don’t want to dig deep into your pocked to get the Surface Pro 4 and don’t want to pay extra for a keyboard, then, the HP Spectre X2 12-a008nr is worth considering. 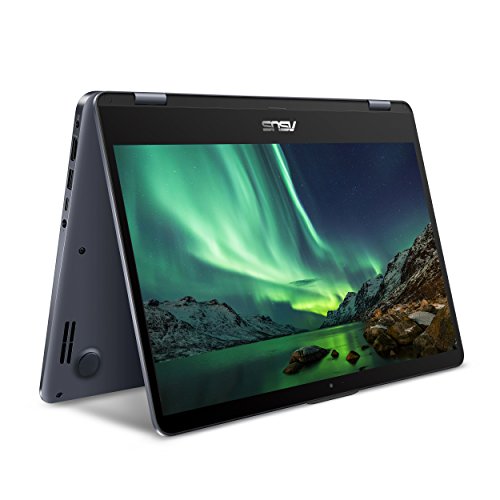