The Lenovo ThinkPad T480 is what business executives look at when looking for a not-so-expensive notebook with a killer keyboard, durable battery and strong performance.

Because it not only rings the lowest starting price of the trio, but also features some legacy features that you can’t find on its other miniature siblings, including a hot-swappable battery that gives you near-eternal unplugged life. Provided you’ll be willing to carry spares.

The Lenovo T480 ports are another selling point here, packing a desktop replacement’s array of ports, underlain by Ethernet and Thunderbolt 3 options. A comfortable keyboard will get you typing that away that quarterly report; and the configurable options ranging from a dedicated graphics card to an extended battery pack make it all worthwhile.

While it doesn’t replace the lust-object ThinkPad X1 Carbon as our Editors’ Choice, but it’s the gold-standard for workaholic business notebooks.

You can’t miss a ThinkPad even from across the room, and the ThinkPad T480 is no different. It sports the all-familiar jet-black exterior, with the lustrous red “i” like any other ThinkPad. As you open the lid, the signature black keys with white lettering are present, and the usual red TrackPoint nubbin is in place. If you like the ThinkPad look, the aesthetic here is much welcoming.

However, the ThinkPad’s glory days as the only beautiful laptop are gone. For instance, consider the Microsoft Surface Book 2, Dell’s XPS 13 and MateBook X Pro, all have a distinct, visual appeal we all like – and even prefer them to the ThinkPad.

The ThinkPad T480 seeks to uphold the line’s promise of delivering a robust quality. It’s common for Lenovo to adhere to the MIL-STD-810G spec for durability across its ultrabooks, delivering protection against nature and the materials feel good in the palm to evoke confidence of surviving a few tumbles. However, the lid is a bit flexible than we’d like, and the ThinkPad T480 doesn’t feel very far from competitors like the MacBook Pro, Asus ZenBook 13, or the Huawei MateBook X Pro.

Compared, to the ThinkPad T480s, the T480 feels rather chunky at 0.78 inches thick (compared to 0.73 inches), and a little heavy at 3.5 pounds (compared to 2.9 pounds). That makes it quite a bit larger than Dell’s XPS 13 and thicker than Huawei’s flagship MateBook X Pro. Still, it easily slips into any briefcase or backpack.

One advantage of having as slightly thicker profile –larger than the competition– is that it affords robust connectivity. Take the Lenovo T480 ports, for example, packing a plethora of I/0 options than its competitors. Out of the box, the ThinkPad 480 has a USB-C port (used with the included AC adapter), a Thunderbolt 3 port, a SmartCard slot and cooling vents on the left side.

On the opposite side, there are two USB 3.1 Gen 1 Type-A ports, HDMI and Ethernet ports, an audio jack, an SD slot, and a security lock slot. The Lenovo ThinkPad T480 docking station is something that makes this laptop a perfect choice for business presentation, just like its other siblings in the same line.

Not that the T480 has the best display around, but the IPS screen offers wide viewing angles and decent contrast. It does a nice job showing vivid colors, with touch screen-like details. You will notice plenty of brightness, though it will fall of quickly if you decide to dial down the backlight setting. The 1920-by-1080 non-touch screen reproduces fine details, which is about the much you need during presentations.

Smooth and Comfortable. That’s how best you can describe Lenovo’s keyboards, with a tradition of ThinkPad goodness. It is soft without feeling mushy, is backlit, and the island-style provides deeper key travel and a better typing experience than you’d find on most competition laptops.

The only issue here I maybe the Fn and Ctrl keys occupying each other’s place in the bottom left corner. Both the Track Point and embedded pointing stick and the buttonless touchpad are smooth and surprisingly accurate. Like all other laptops, the pad will eventually pick finger smudges.

Typically, it matches other similarly equipped notebooks, like the XPS 13 and the slightly slower Huawei MateBook X Pro. Next, Lenovo equipped the notebook with a 256GB PCIe SSD, a fast drive that essentially mean that booting, opening apps, and accessing large files will not bog the machine down. As configured, you can use the laptop as a work computer for a whole day, and even with dozens of tabs of open, and a video conference on the side, you will not experience any lag.

As mentioned, you can configure the ThinkPad T480 with a discrete GPU, particularly the Nvidia GeForce MX150, as well as the RAM and storage options. Our review unit is limited to integrated Intel HD graphics, that doesn’t excite anyone into running gaming benchmarks.

Simply said, don’t buy this notebook, or at least this configuration, if all you need is a portable gaming laptop. You’ll at least need to setup a configuration that includes the MX150 GPU. Better still, you can invest in a real gaming laptop like the MSI GS65 Stealth or Razer Blade 15, for a few hundreds more.

Rarely do you get a chance to choose your own battery. It has to be Lenovo, and sometimes Dell. Out of the box, it includes a small 24-watt-hour battery that flushes with the case, only that it does offer up to 9 hours 38 minutes of juice, unplugged. That’s more than enough to get you through a work day, and its internal, second 24WHr battery lets you extend runtime by swapping in a one or more spars while the system remains powered up.

But I’d suggest you invest in the cylindrical 72WHr battery at ordering time, it adds some weight to the laptop, but it more than doubles the battery life than anything being offered out there.

Lenovo’s ThinkPad X1 Carbon remains our Editors’ Choice, for its light weight profile, 17+ hours battery life, a crisp HDR screen, and a luxurious keyboard. That matters to us, but execs tend to keep that premium-priced status to the few who can afford it.

For the rest of us who are interested in mainstream office operations, the ThinkPad T480 is as good as it gets. Here, you can choose from numerous HP EliteBooks or Dell Latitudes – or simply buy the machine they’re all trying to become. A ThinkPad.

If you must have a ThinkPad, then choose the X1 Carbon instead. It costs a few hundred dollars more, for the same Core i7-8550U, 8GB of RAM, 256GB SSD, but adds a 14-inch full HD touch display. You can as well crank up the configuration to a spirited core i7-8650U, 16GB of RAM, a 1TB SSD and a WQHD display with Dolby Vision. That will get you an equally solid build that’s much thinner and lighter, a comfortable keyboard and a display that supports high dynamic range (HDR) video.

Or, you can tone down on size and consider the Dell XPS 13, with good performance and equally good battery life. The ThinkPad T480 is also configurable with a Nvidia GeForce MX150 GPU, if that configuration excites you, then the Huawei MateBook X Pro is a strong competitor. It uses that GPU but sports a sleek, thinner frame, but offers superior performance and a higher resolution display.

Yes and No! If you’re looking for something for less one grand, it might be a good configuration for the business executive who needs a good keyboard and durable battery. If that describes you, then it’s a YES.

However, if you feel like you easily spend a few more dollars to get a better configuration, instead of the base model’s specs (Intel Core i7-8550U processor, 8GB RAM, and Intel UHD Graphics 620), then it’s not the best option. You can get better laptops out there for around that price –like the one suggested above– or even better ThinkPads. 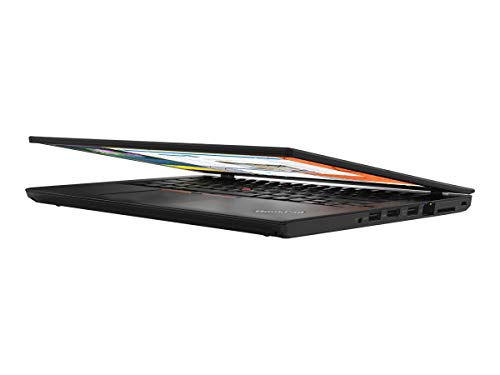