The Lenovo Z70 is a 17-inch desktop replacement laptop that combines an Intel Core i7 processor with 16GB RAM and 1TB storage to give multimedia evangelists something to be happy about for the rest of the year.

The Lenovo Z70 fills the gap for multimedia evangelists looking for a ‘bigger-than-life’ display in a laptop, while delivering the sort of general use you’ve come to expect from a Windows PC. Its middle of the road styling, full HD 17.3-inch screen and comfortable keyboard won’t offend anyone, but road warriors looking for a portable laptop.

However, for gamers looking to play the latest titles on a relatively larger screen, there’s not a lot here that will thrill either, you might have to look elsewhere, perhaps the Dell G5587-7866BLK-PUS will suffice as a kicker for budding gamers. Still, the Z70 with its fifth-generation and Intel Core i7-5500U processor and 16GB RAM will get you online, help you work on office and multimedia files as necessary, and eventually it will likely be forgotten once the next laptop comes along to take its place.

The 17.3-inch Lenovo Z70 is as large as any desktop-replacement laptop can get, but it definitely compensates for the size in a Full HD screen and an AccuType keyboard with a number pad on the side. It is relatively slim for a regular use laptop, measuring 11.14 by 0.99 by 16.46 inches (HWD) and weighs in at 6.6 pounds, but its miles away from being called an ultraportable. With these, it is thinner and lighter than its other 17.3-inch stable mate the Lenovo Y70 Touch that measures 11.44 by 1.02 by 16.61 (HWD) and weighs 7.5 pounds, which is still ideal for a gaming laptop. The laptop is clad in an ebony black cover with accented with a tactile feel, giving it a somewhat premium look like most of its high-end competitors.

The Lenovo Z70 has a 17.3-inch display that supports Full HD (1,920-by-1,080) resolutions, but it lacks touch support like its earlier iteration the 17.3-inch Lenovo Y70 Touch. Still, Windows 10 works well without touch and so did Win 8.1, so the lack of touch capability isn’t a deal breaker here…is it:? After all Win 10 is much more navigable and intuitive without touch.

The picture and color rendition from the massive screen is quite good, here you get some sharp details and accurate colors at wide viewing angles. We tested it with the newest “Hunger Games-Mockingjay” movie trailer in 1080p, the picture looked awesome even in darker shots and the JBL speakers gave clear sound, even the rumbling explosions were audible in “The Martian” and even “The 33.”

The keyboard uses the same AccuType design seen on the Lenovo Y70 Touch, but sadly in this system it isn’t backlit, but rather a bald design. This is quite derailing for the category range, we’d expect a backlit keyboard here no matter the comfort it brings. Despite the larger dimensions of the 17-inch system, there’s still no space between the standard keys and the numeric pad, but there is now a lot of empty space on either side of the keyboard.

It’s still very usable, but I would have preferred wider spacing. Centered beneath the space bar is a large clickpad, which offers Windows 8 gesture support, but isn’t ideal for actual gaming.

The Lenovo Z70 still maintains a DVD burner on the side, although it is fast becoming an aging relic that most manufacturers are avoiding in newer systems. Though it’s nice to have especially when you have older data or movies in your library, but it becomes dead weight when you need to carry it around.

The Lenovo Z70 (80FG00DBUS) boasts an Intel Core i7-5500U processor, the same fifth generation dual core processor in the Lenovo G50, but with twice the memory of 16GB of RAM. This class of Intel processors was announced in early 2015 (code named Broadwell) and with a 2.2GHz base speed and turbo boost up to 2.7GHz, which is quite decent for most applications and other projects you may throw its way. On PCMark 8 Work Conventional tests, the system scored 2,816 points against the Intel Core i5-5200U-powered Lenovo Z70 80FG00DAUS’s 2,740 points on the same tests.

In the third quarter of 2015, we’ve seen the latest sixth generation Intel Core processors (code-named Skylake) and units outfitted with the units are strong contenders in terms of energy-efficiency and processing power. For instance, the Dell Inspiron i7559-763BLK is outfitted with a true quad-core Skylake Core-i5-6300HQ eschews past Core i7 powered systems scoring 5,651 points in PCMark 8 Work Conventional tests. If you can compromise the 17-inch screen for a lesser 15.6-inch screen, then the Dell Inspiron i7559-763BLK deserves a long look as well.

A discrete NVIDIA GeForce GT840M graphics processor and 2GB of video memory, gives some pretty good performance in popular games, although you might have to tone down the resolutions for modern titles. For example, if you set it on games like Battlefield 4, the system will manage around 37 FPS on low settings, while the bigger boys like Far Cry will achieve frame rates of around 20.

However, if you’re into older titles, particularly those that lack fancy graphics (like Minecraft and others), you can comfortably double or even triple the FPS. For storage, Lenovo equipped the Z70 with a slid-state hybrid drive (SSHD), which typically combines a 1TB, 5,400rpm hard drive with 8GB of solid-state storage which is pretty enough to boost performance and speedy system boot. In addition to the pre-installed Windows 10, you can find some bloatware but not much to weigh the system down.

Battery life is in the middle-of-the-road with 3 hours 42 minutes in our tests, although Lenovo promises 4 hours. Ideally, this is a desktop replacement laptop, so you won’t be totting it away from your desktop quite often thus battery life may not be of much concern here.

The desktop-replacement laptop category is a bit crowded, but Lenovo has managed to deliver a solid system at a reasonable price. The Lenovo Z70’s performance isn’t mind-blowing, but it will support most of your projects, allows you watch movies and videos on a large FHD 17.3-inch screen. Similarly, you can play some current-generation games at with decent resolution and frame rates.

For better overall performance and a slightly better value for your shopping buck, both the Dell Inspiron i7559-763BLK and the 17.3-inch Lenovo Y70 Touch suffice as a recommendable options thanks to plentiful multimedia options, allows you play games, multitasking prowess and better benchmark performance, but in the Inspiron you’ll have to do with a 15.6-inch FHD screen. But is you strictly want that large 17.3-inch FHD display, the Lenovo Z70 is a safe bet. 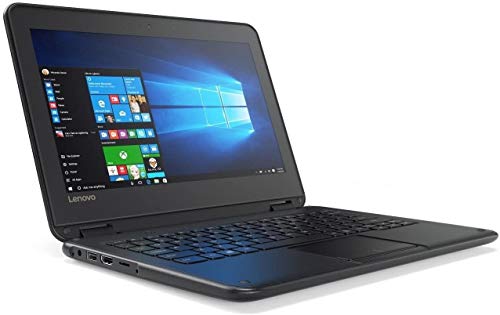