The LG 27GL850-B is an excellent choice if you’re looking for the ultimate gaming monitor. Combining a generous size, with super speed and gorgeous image quality, this G-Sync-enabled screen proves why PC is the best platform to play on. 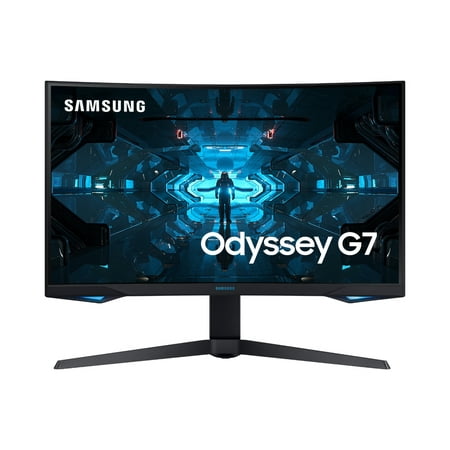 In a world where Nvidia charges over $1,500 for a consumer graphics card, the 27-inch LG 27GL850-B UltraGear’s under $500 price doesn’t seem so crazy. Especially when that display is the first IPS monitor to hit TN-level response times, with a rated 1ms response time, 144Hz refresh rate, and compatibility with Nvidia G-Sync.

Theoretically, this monitor gets all the speed advantages of a TN panel, but it doesn’t suffer from downsides such as mediocre color performance, low contrast ratios, and tight viewing angles. When you combine that with a 27-inch Nano IPS display and a crisp 1440p (2560 x 1440) resolution, the 27GL850-B is poised as the perfect monitor for gaming and productivity.

But it’s gaming where this screen pops, with a vividness that’s a world apart from your everyday IPS monitors. And, I find 27-inches to be the perfect size for gaming; in that regard, there’s a richness to colors that will make futuristic, neon-lit worlds look exactly as their creators intended on modern AAA titles.

The 27GL850-B is part of LG’s UltraGear line of gaming monitors, and it looks the part. The 27in QHD Nano IPS display feels wide and spacious thanks to its thin bezels. That also makes it a good choice for multi-monitor setups, though, being a flat panel, you won’t get the same wrap-around effect that multiple curved monitors offer when stacked side-by-side. Then, there’s the usual internal black border built into the screen itself, but since the 27GL850-B has a frame that’s only a millimeter thick, it doesn’t feel too intrusive.

Having reviewed dozens of great monitors over the years, I’ve found 27 inches to be the ideal size for gaming, subtly balancing the sweet spot between size and resolution. That’s exactly at play here, with the monitor feeling big enough but it doesn’t allow you to see individual pixels at a normal sitting distance. And, with QHD (2560 X 1440) resolution, 144Hz refresh rate, 1ms response time, and decent ergonomics, LG adds a capable monitor into its already successful UltraGear gaming lineup.

Here are the main features of the LG 27GL850-B UltraGear gaming monitor:

The LG 27GL850-B looks similar to LLG’s other recent monitors, including the LG 38GL950G-B which ranked highly in our review earlier this year. Almost all gaming displays in the LG UltraGear line are somewhat likable. With the 27GL850-B, you get a flat V-shaped stand with red accents and a minimalist, but basic plastic construction. The screen gets fairly thin bezels with a matte-black finish on both sides and easy access ports around the back. Overall, it’s a no-frills, attractive design without outrageous RGBs on the chassis. We just like it.

There’s an Nvidia G-Sync sticker on the front of the monitor, on the left side of the bottom bezels. Let that not make you into thinking this is a full G-Sync monitor with the hardware module; instead, it’s just a standard G-Sync compatible display. Simply put, this monitor supports the VESA Adaptive Sync standard, commonly known as FreeSync, meaning it works with both Nvidia and AMD GPUs for a variable refresh. We just think the G-Sync branding is just there for marketing purposes only.

The LG 27GL850-B gets a rich ergonomic range, supporting heigh, tilt, swivel, and pivot motion giving you the freedom to use it in any orientation you want. Port options are standard for a midrange gaming monitor – two HDMI, one DisplayPort, audio output, and a two-port USB 3.0 hub. Yes, that’s decent connectivity but the LG 40WP95C-W takes monitor connectivity high by being the fort monitor to include Thunderbolt 4.

Where the LG 27GL850-B excels is in its screen, as well as the added gaming features. The 27-inch 1440p Nano IPS display has a 1ms (GtG) response time, 144Hz refresh rate, a 700:1 contrast ratio, and a 16:9 and 350cd peak brightness. As configured, it delivers a nicely saturated image with lots of depth and dimension.

Seeing the monitor’s rich colors, you can’t help but spend hours on modern titles like Overwatch with its well-saturated color palette. The Nano IPS screen makes everything on the screen look much better than you’ve ever seen it, but we only wish the contrast were better to make blacks look actually black instead of dark grey; a 700:1 is less ideal compared to most 27-inch monitors that have 1000:1 contrast ratio. Despite the low contrast, it still looks fantastic.

Qualitatively, the 2560 X 1440 resolution screen is beautiful. The monitor displays fantastic color depth, even in something as basic as desktop icons. Everything else – videos, word documents, and websites all look crisp and colorful. You can activate HDR if you want true, lifelike colors, or turn it off if you want more control over your brightness and contrast.

The 27in LG 27GL850-B displays games in impressive resolutions and fast frame rates – provided your machine is powerful enough to push them, of course. As it turns out, though, 1440p is perhaps the best resolution for games on a 27-inch monitor. On a desktop setup, your monitor likely won’t be too big on your desk, so full 4K isn’t an absolute necessity.

It also means that even older machines can put out some gorgeous frame rates and the LG 27GL850-B will render them well. For instance, an aging machine with a GTX 1080 graphics card will have no trouble reaching frame rates of more than 70 fps in Doom, 100 in Age of Empires II: Definitive Edition, 120 in World of Warcraft, and 90 in Thronebreaker: The Witcher Tales. With newer cards, maybe RTX 3060 or higher, the thing will be even better.

The frame rate isn’t necessarily the most impressive thing on a gaming monitor, though; color also plays a part. The 27GL850-B doesn’t disappoint. It comes with a number of game modes preprogrammed in, including Faster Mode and Game Mode, as well as Dynamic Action Sync and Crosshair features that enhance the general gaming experience. Each of these modes and features highlights different levels of brightness and contrast for lifelike and vibrant graphics.

While the LG 27GL850-B UltraGear’s performance will be largely dependent on your PC, you’ll be in good shape whether you’re running an Nvidia or AMD graphics card. While the 27GL850-B is marketed explicitly with G-Sync support, it’s also AMD FreeSync compatible. The difference between G-Sync and G-Sync Compatible is a little arcane, but the bottom line is that all brands of adaptive sync technology will work fine.

The LG 27GL850-B is a great 27-inch IPS gaming monitor. It’s easily the best and one of the hotly requested gaming monitor in the market today. It’s easy to set up, with an understated matte black look and a simple, functional design. The fully ergonomic design with height, pivot, and swivel adjustments are useful, and while it only gets RGB lighting at the back, it looks the part and delivers decent inputs to hook up your favorite gaming PC or consoles(s).

The screen looks great and the variety of modes and extras give you some flexibility to play with when fine-tuning picture quality for your next gaming session. However, whether it’s a great gaming monitor for you is an easy question to answer. There’s no question that you get what you pay for with the LG 27GL850-B, and the asking price is reasonable for both enthusiasts and pro-PC gamers.

If you like what the LG 27GL850-B is offering and can afford one without too much trouble, it should serve you well for years. It’s our newest Editors’ Choice for 27-inch Gaming Monitors.

Yes – if you want the ultimate gaming monitor. The LG 27GL850-B combines many great gaming-centric features, such as high refresh rates, G-Sync, and a stylish, ergonomic design, which means if you’re serious about gaming then this is one of the best screens you can get. 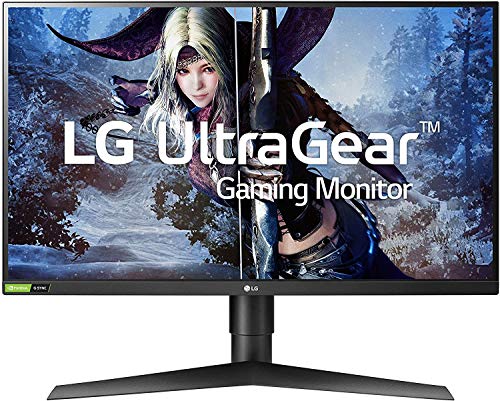