It’s hard not to lust over OLED technology. And the LG OLED65CXPUA is part of the 2020 line of panels that deliver intense highlights and inky blacks but at a premium price. Top in its list of features, the LG CX boasts a crispness that leaves LCD and quantum dot sets struggling to catch up.

Unlike typical LCDs, OLED (organic light-emitting diode) displays don’t require a separate backlight to project the picture. Its organic pixels emit light on their own when activated. The benefit of emitting light is that each pixel can be completely turned on or off separately; meaning you don’t have blurred images resulting from leaky backlights in LCD and quantum dot sets. The result is a gorgeous picture that continues to turn heads.

On the OLED65CXPUA, LG has improved its OLED offering, boosting its video processing with a new Alpha 9 Gen 3 processor, and its hyped AI ThinQ software. One of its primary functions is to differentiate between various types of on-screen objects, including faces and graphics, in order to deliver more detailed processing. Apparently, you can set the software to detect the type of content (sports vs. movies) that is being watched and automatically adjust the picture.

As such, the LG CX supports the most popular 4K high dynamic range formats, which includes HDR10 and HLG (hybrid log gamma), which is targeted for streaming services like YouTube and 4K broadcasts from platforms like DirectTV. It also supports the now popular Dolby Vision HDR format with IQ designation, meaning the TV can adjust the picture according to the room’s perceived light conditions.

With OLED technology, you can’t go wrong with the design. Because there’s no separate backlight, manufacturers can go thin, super thin. The LG OLED65CXPUA is essentially a huge piece of glass that’s about a quarter of an inch thick.

It measures 1.8 inches thick at its thickest point, and that’s to accommodate the necessary ports and audio components. It gets a thin, black metal finish around the edge that’s about a quarter-inch thick, and there’s also a visible black border on the glass itself of about half an inch.

The LG CX is supported by a wedge-shaped table-top stand that is sturdy. You have an option to mount the TV using a standard VESA 300 X 200 bracket, in case you need to hook it up to a wall.

Port selection is quite robust, with a total of four HDMI 2.2 ports and three USB 2.0 ports on the back. In case you need to use older video equipment, there’s a single plug that comes with a composite video dongle, as well as an Ethernet port, an RF coaxial plug for an antenna, as well as an optical digital audio output, and a mini-jack for wired headphones.

Wireless connectivity comes via standard Wi-Fi support (802.11a/b/g/n/ac); Wi-Fi 6 has appeared in some laptops but it’s too new to appear in most TVs today. Also included is Bluetooth for pairing with headphones for private listening or wireless satellite speakers.

As you set up the LG OLED65CXPUA, you’ll find a horde of image options to satisfy virtually any taste. Like most sets, it comes with several preset picture settings, including modes for sports, movies, gaming, vivid pictures, and HDR effects. Not surprising at all, it also includes Filmmaker Mode, which produces images as close to the original picture as possible by simply disabling video processing effects such as motion smoothing and replacing it with the original movie’s aspect ratio, color, and frame rates.

The LG CX uses AI Pro setting to reproduce good contrast, and it does a nice job processing and smoothening out selective parts of the image differently. While the AI Picture Pro setting works well on cable HD broadcasts and content like news shows, something you might have to juggle between Cinema and Filmmaker modes.

Overall, color reproduction and fidelity on this set are excellent with significantly improved reds. Its viewing angles are exceptional, there isn’t a loss of brightness or color saturation no matter how poor your viewing position may be, especially when sitting at the end of the couch. Also, there is an almost complete lack of halo artifacts, with starts being rendered as precise pinpoints against dark skies rather than blurred white blobs.

Audio quality is usually a problem among flat panels since the svelte design lacks space for conventional speakers. With the CX OLED models, LG has overcome the problem thanks to the included AI Acoustic Tuning setting that uses the remote control’s microphone to calibrate the sound and tailor the audio to your particular room.

The calibration takes a few seconds, after which you can notice the difference. The OLED65CXPUA also supports Dolby Atmos. Basically, you should compare audio modes depending on the material you happen to be watching, and personal preferences here will doubtlessly vary.

LG has been fine-tuning its webOS smart TV software and now they may have the best proprietary program on the market. To that, add a remote that uses a floating on-screen cursor, the webOS’s flexible system of tabs and easy-to-follow graphics make it one of the more accessible smart TVs on the market.

Also, LG supports popular apps like those from Hulu, Disney+, and Showtime, only that it doesn’t offer the wide array of apps that Android TV-based sets like those from Sony or Roku models from TCL cover; apps on those models extend in the hundreds. Still, apps like Netflix and Vudu work as well and are even more responsive than their Roku counterparts.

Maybe a little overboard, LG calls its controller a Magic Remote and we have to accept it that way going forward. It has a center wheel that you can scroll/click to move the cursor around the screen as you would do with a wireless mouse, as well as the usual numerical and volume channel buttons.

It is a well-designed, curved remote that can also be used as a universal controller. It takes a few minutes for the remote to recognize a PlayStation 4 and a Roku box, for instance, and take over command of those devices.

Pressing and holding a microphone button on the remote triggers Google Assistant, which works pretty well in this context. However, unlike the more premium models of the LG OLED family, the CX OLED does not have a far-field microphone built-in, meaning you’re limited to the microphone input on the remote. That slightly affects convenience, but it also makes the CX OLED a little more privacy-friendly and activates the unique audio calibration features, which remarkably boosts the sound.

As with most of LG’s ThinQ smart TVs, this set also offers support for Amazon Alexa, and are the only sets to offer both Google and Amazon voice assistants without the need for a separate smart speaker or similar device. The inclusion of Amazon Alexa support makes the entire process of searching and finding something to watch much easier.

The LG OLED65CXPUA is a 65-inch 4K set that seeks to reward movie fans who don’t mind spending a fortune for unparalleled picture quality and future-proof features ever found on a TV. It compares well with much more expensive models, such as the Sony A9G Master Series OLED, and delivers an even better design and intuitive SmartTV platform.

However, with 65-inch 4K sets, such as the Vizio M-Series Quantum and Hisense H9F floating much lower prices in the range, many shoppers will be hard-pressed to justify spending over two grand on this OLED set. But, the new technology, sound quality, and gorgeous design make the LC CX worthwhile.

That said, if you’re shopping for the best 4K picture available in 2020, the LG OLED65CXPUA will not disappoint. The improved sound and some of the best smart TV features including voice control make for a lovable package that’s easy to recommend for movie and sports fans who need the best of both sound and picture quality.

In 2021, LG updated its OLED line of sets and we reviewed quite a few models, all with better picture quality and faster processing power, among a host of worthwhile features. From the units we reviewed, the LG OLED65C1PUB stood out as the best OLED TV for gamers – and everyone else.

It brings into the entertainment niche class-leading color and contrast, than we’ve seen on any television, and is outfitted with gamer-centric features like ALLM and VRR. For the class-leading picture accuracy and gorgeous design, the LG OLED65C1PUB easily earns our Editors Choice for OLED 4K TVs. 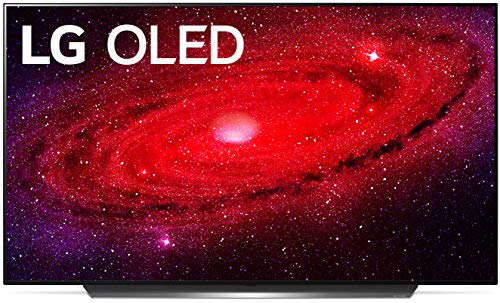