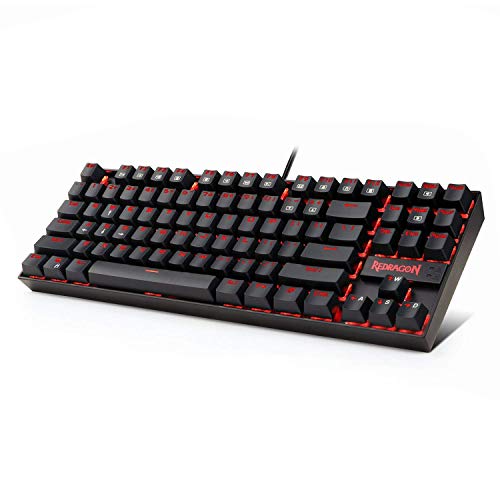 Computers are now becoming part of our living rooms, and it’s the best time for cord cutters or die-hard PC gamers to enjoy content on the big screen. Software for home entertainment has excelled, with many TVs now supporting games and seamless control via a remote or gamepad. The keyboard hasn’t evolved much, though. It remains bulky and large, some even tag along the wired clutter, and some wireless keyboards aren’t very useful too.

Now, the Logitech K400 Plus seems to be what we’ve always desired in a home use wireless keyboard. A small, responsive wireless keyboard, featuring a built-in touchpad and dedicated multimedia key. It is one of those keyboards that are large enough for common productivity use, yet small enough for use on a sofa or sitting across the room.

It’s the perfect choice if you’ve always wanted a wireless keyboard that lets you stream music via a living-room PC or connected large screen, as many of its function buttons are programmed for exactly that. Plus, you don’t need a mouse on the side, the in-built touchpad is enough for that.

The K400 Plus is thin and lightweight, measuring 0.9 by 14 by 5.5 inches (HWD) and weighing 0.6 pounds. The keyboard earns its all-in-one moniker by replacing the 10-key numeric pad (found in full-size keyboards) with a large touchpad. The result is a wireless keyboard that comes full with a clickable pad, thus eliminating the need for a wireless mouse. As somebody who has hustled with lots of wireless mice on the couch, while trying to get a flat surface for precision pointing, I think this is the most notable improvement.

The chiclet-style keys sit closely together, with no separating frame, as you’d find on a typical chiclet-style keyboard. The keyboard looks a bit cramped, though not prohibitively so. The number keys rest immediately after the functional keys, and they are a bit close to the letter keys than you’d find on most wireless keyboards. Also, the keys aren’t backlit, which isn’t surprising for the price you’re paying. The Logitech TK830 keyboard is the best wireless keyboard I’ve tested, with soft, well-spaced keys and a full-size touchpad.

On the right side of the keyboard is the touchpad, measuring about 3 by 1.8 inches (WD), fairly smaller than the touchpads you find on most notebooks. Still, it is large enough to be useful, though, it sometimes inadvertently picks gestures once in a while. Above it are volume (Mute/Down/Up) buttons and below it, separated by a yellow line, are the left and right buttons.

This keyboard uses a wireless receiver that is plugged into a TV/PC’s USB port and facilitates direct connection to the K400 Plus as well as other compatible devices. When not in use, the dongle can be shelved in the keyboard’s battery compartment, and the keyboard comes with two-preinstalled AA batteries.

The battery compartment can be used as a riser, letting you tilt the keyboard slightly forward when using it on a flat surface. It has a power on/off button, which is now standard among wireless keyboards. Also included is a wireless extender which you can use when you’re far away, but I don’t see it being of much use, the standard dongle range is 33-feet, which is very sufficient.

The K400 Plus uses Logitech’s Unifying wireless technology, which utilizes a 2.4GHz band, and can support up to six compatible Logitech devices including mice, keyboards, and touchpads. This keyboard is compatible with most Windows versions going back to Windows XP, although it’s optimized for Windows 10 gestures.

Installing the Logitech K400 Plus is very straight forward. It’s a matter of plugging the dongle into an available USB port and voila! It will automatically install the requisite software and your ready to go. I tested the keyboard on laptops running Windows 7 and Windows 10, and the response is very precise.

At the keyboard’s top left is a button with a mouse icon, and works as a left mouse button, though, you’ll mostly be using the much larger left mouse button on the touchpad. Many of the function keys on the upper row (F1 through F12) are programmed for media-related tasks, meaning you can play, pause, forward or skip media from the keyboard.

If necessary, you can reprogram the function keys with the free SetPoint software that’s offered for all Windows versions. The touchpad supports gestures, just like any notebook touchpad including Left-Click, Right-Click, Move the Cursor, Zoom, Scroll, and Show Charm Bar. The typing experience is solid, though the keys are a bit cramped, but the experience is quite smooth.

The Logitech K400 Plus  is an inexpensive wireless keyboard, that’s a good choice for anyone looking for a value, wireless keyboard for living room media consumption. It has a built-in touchpad, something that you don’t get in most budget wireless keyboard, since most come as a wireless combo (mouse + keyboard+ dongle). Its keys are more closely spaced than those of the TK830 Wireless All-in-One; and the K400 Plus’ touchpad is much smaller.

Nevertheless, the Logitech K400 Plus provides a good, low-budget alternative that should be more than sufficient if you need to control your living-room PC and stream music without bulging from the comfort of your couch. That said, the TK830 Wireless All-in-One is a better version if you don’t mind saving a few dollars, as it offers wider compatibility with even Android devices, has a sleek design, a larger touchpad and very comfortable keys.