The Logitech MK270 Combo gives you the stability of a deskbound mouse and keyboard, and a wireless platform that’s convenient when interacting with your PC on the couch. The keyboard works fine, though it hardly impresses gamers, and the included mouse works fine as it should.

When you think of a budget wireless keyboard-mouse combo, a pedestrian design is perhaps what comes to mind. That’s true with most bargain items, but the Logitech MK270 Wireless Keyboard and Mouse is made for comfort and can be had at a very reasonable price. On this combo, Logitech adopts a simpler take on aesthetics, focusing on key feel and performance instead of fancy lighting schemes and extra function buttons, and for all these, is priced much lower than top-end competitors. It’s our Editors’ Choice for budget keyboard – mouse combos, suitable for the use at home and work.

The Logitech MK270 is a pretty simple keyboard, measuring 17.5 by 5.5 by 0.75 inches and weighs just over a pound. It’s not surprising that the plastic material used here feel light and cheap, but the keys have a comfortable touch. If you try to bend it with some pressure, it somehow gives in, which is common at this price point. It doesn’t have a palm rest as you’d expect of a wireless mouse, but it gets a pair of retractable feet that prop the keyboard from the surface at an 8-degree angle.

The key layout is commensurate of a standard keyboard, only that it gets a row of dedicated volume and media playback keys above the main keyboard including four hotkeys for Home, E-Mail, PC Power and Calculator. Of these keys, you have an option of setting one of the functional keys to open a webpage or a program, switch between applications, or assign a keystroke. To do that, you have to first install Logitech’s SetPoint utility – that is from back then, while the company’s newer Options app only works with the bundled mouse.

In the package, you have an MK270 keyboard and an accompanying wireless mouse, both connect to your PC via a single 2.4GHz USB dongle. Its plug-and-play, meaning you just insert the dongle to your PC and the keyboard and mouse should start working immediately, without having to install any drivers. The wireless connection works flawlessly, free of any noticeable connectivity hiccups.

The keyboard and mouse natively support Windows and Chrome OS devices. While you can still use them on Mac systems, you’ll not be able to customize any of the hotkeys considering that apple devices use a different key layout. 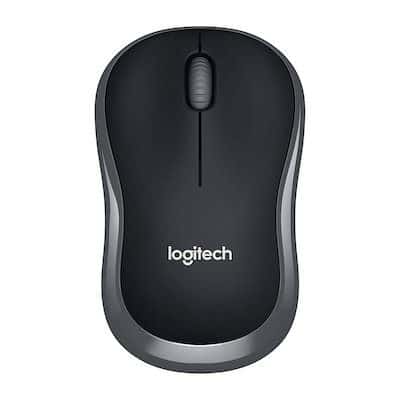 While the Logitech MK270 keyboard and mouse combo feels shallow and cheap – we expected that at this price – the actual typing feel and response isn’t bad. For the keyboard, you have membrane-style keys that deliver good feedback with each keystroke, with satisfying rebound and decent amount of travel. Plus, the keys are well spaced and well moulded, so you can type for long without scratching your fingers. However, expect some click-delay is you’re coming from a butterfly-style keyboard which readily offers snappy feedback with each click.

The included MK185 mouse also feels rather cheap and light, weighing just 2.5 ounces, and offers a fairly hard plastic grip. Its scroll wheel has a bumpy feel with a pair of easy to click buttons. One thing you’ll like with this mouse is the ability to program its middle button using the newer Logitech Options app. You can use the function button to execute dozens of options, including opening programs, locking the screen, minimizing windows, assigning keystrokes and more.

The Logitech MK270 gives you the stability of a desk-bound mouse and keyboard, and a wireless platform that’s convenient when interacting with your PC on the couch. The keyboard works fine, though it hardly impresses gamers, and the included mouse works fine as it should. If you need something for gaming, you’ll probably want to get some more heavy-duty peripherals – preferably a mechanical keyboard like the Redragon S101 keyboard and mouse set. And, for those who need a simple, wireless input for use and home and office, the Logitech MK270 Combo is a great choice that can be had for less money. 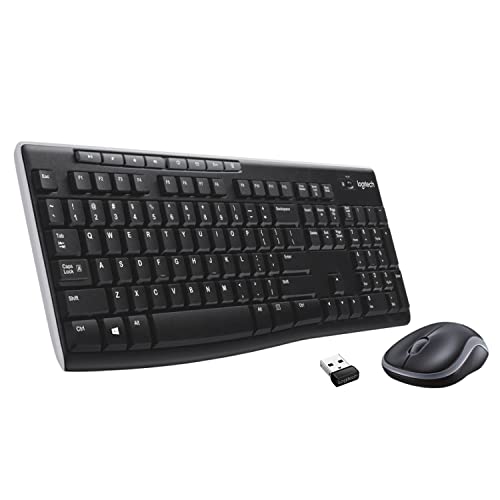