With its third generation Surface Pro 3, Microsoft has produced an excellent professional grade high performance display for Windows that gets better with the introduction of the Microsoft Surface Pro 4. In fact, based on our extensive lab tests and measurements, the Surface Pro 3 has one of the very best and most accurate displays available on any mobile platform and OS.

Microsoft’s Surface series is leading the line for Windows-based tablets, and with this iteration show its desire to keep things competitive in an ever-improving market. The Microsoft Surface Pro 3 is a power user tablet that is on many folks’ wish lists that comes with a number of improvements to do just this, and thankfully they’re not just restricted to barely noticeable performance upgrades.

The device upgrades the 10.6 inch display in Microsoft Surface 2 to 12.1 inch display, the resolution bumped up from 1920×1080 to 2560×1440, and the aspect ratio improved from 16:9 to 3:2 thereby creating a clear distinction with other non-windows tablets, underlining Microsoft’s ambitions to make it a true laptop replacement. Microsoft promises to take the tablet a higher notch with the impending release of the Microsoft Surface Pro 4.

The Surface Pro 3 is a real laptop replacement in terms of the processor power available. The tablet sports an Intel’s Haswell chips Core i5, 4GB of RAM and 256GB of storage with a microSD card slot allowing a further 128GB to be added. Thinner, lighter, faster, bigger and more powerful – the Surface Pro 3 has all the attributes to finally become the laptop replacement that Microsoft envisioned when it launched the original Surface tablet a couple of years ago.

It has the same magnesium alloy build that is familiar to the line, which makes it one of the tougher tablets not specifically ruggedized. It consistently feels great in hand, and shrugs off smudges well. With the proper screen protection, it could easily survive the day-to-day rigors of a traveling professional, and even the occasional drop. What’s remarkable is how it feels both light and solid. The weight is evenly distributed, and no points flex or creek under moderate pressure.

Bigger is always better when it comes to keyboards because it means the letters are not cramped and important keys like ‘Shift’ and ‘Return’ are easy to locate and use. Microsoft has made the smart decision to scrap the Touch Cover and focus on the mechanical Type Cover, which aims to provide a laptop-like typing experience. A key feature is the addition of a second magnetic strip on the keyboard.

This means you can snap the cover to angle of six degrees, which makes it much more comfortable to type on. Typing is improved over its predecessors, but it’s doesn’t replicate the full experience of a desktop and laptop keyboard. Feedback is shallow and each key generates an annoyingly loud thud no matter how gently you press it.

Nothing demonstrates the build quality better than the new kickstand. Where there was once just one position, then two, you can now set the Surface Pro 3 to any angle between upright and a near flat one. This is remarkable enough in isolation, but the smoothness and sturdiness of the hinge is astounding. Whomever was responsible for its design should receive a prize for awesomeness.

The Surface Pro 3 is powered by an Intel Core i5, fourth-generation CPU in it (an i5-4300U running at 1.9GHz), and it’s surrounded by 4GB of DDR3 SDRAM that is good enough for multitasking purposes. A powerful laptop needs plenty of storage, and the Pro 3 doesn’t disappoint here, either. The device has a 256GB solid state drive that boots faster and allows you to store your documents, files, music and videos.

For all intents and purposes, it’s a full-on 64-bit Windows 8.1-based computer system that is upgradeable to windows 10 on which you can run your full version of Office and many other Windows programs that you are already used to. It’s not a cut-down tablet that you can only use for media consumption.

In terms of connectivity the surface pro 3 faults by offering just one 3.0 USB Port, a mini Display Port, a microSD Card slot and a headphone line out however, they could have done better than these. To compensate on this flaws, Microsoft offers range of accessories to compensate for the lacking connectivity: adapters for VGA, HDMI and Ethernet at an extra cost.

Using the Surface Pro 3 for handwriting and drawing is a pleasure on the new screen, and the pen that’s supplied with it travels freely across the Gorilla Glass 3 with barely any resistance. Furthermore, the screen is bonded to the glass, which means that there is no gap between the two parts, and the action of the pen touching the ‘paper’ feels a lot more natural making the surface pro a great device on which to take handwritten notes, and paint or sketch.

The surface pro comes with a Type Cover attached to it which has a little tab that includes a holder for the pen. You can stick this holder on the side of the Type Cover and store your pen in it, and it’s the only real solution for housing the pen, since there is no dedicated space for it on the tablet itself. However, we did notice that you can also use the power socket’s magnet as a makeshift holder for the pen. That’s only useful for when the tablet is stationary on a desk, as it’s too easy to knock it off when moving or holding the tablet.

For the game lovers, it disappoints since it’s not a gaming machine, but the integrated Intel graphics work well for non-taxing titles. We tried it with the platform game Giana Sisters: Twisted Dreams, and it was enjoyable to play up to a resolution of 1680×1050, though we had to use an external keyboard due to the arrow keys on the Type Cover being too small.

Like all tablets there’s a lack of bass, so quality is tinny and hollow compared to a real sound system, but the system is completely usable without external speakers. This Surface has two 5MP cameras. The front-facing one is useful for Skype, the back for taking photos.

The Surface Pro 3 has a heavy duty battery, and outperforms many laptops. On a full charge, the battery will give you up to 9 hours of web browsing, which probably covers a full day at work, but maybe not the evening too. However, you can probably keep it plugged in whenever you’re at a desk. The device can be charged via USB. The speakers are strong, providing robust, loud audio at maximum volume without excessive distortion.

With its third generation Surface Pro 3, Microsoft has produced an excellent professional grade high performance display for Windows that gets better with the introduction of the Microsoft Surface Pro 4. In fact, based on our extensive lab tests and measurements, the Surface Pro 3 has one of the very best and most accurate displays available on any mobile platform and OS.

It joins near the top of a small set of Tablets that have excellent Top Tier displays – for professionals that need a very accurate and high performance display for their work, and for consumers that want and appreciate a really nice and beautiful display.

If you are not on a budget and want to move at pace with technology, then the Surface Pro 4 is good for you as it takes the concept of surface pro 3 and refines it. The screen is bigger; the processor is faster; the keyboard cover is better; the pen is more accurate; the touchpad is transformed.

The hardware is also more diverse with a wider range of performance options available. The Surface Pro 3 offers more power and a bigger display for only a little more money, however cheap notebooks like the ASUS Zenbook Pro are much more practical for basic office work. But if you want a super portable, affordable note-taking machine that can double as a pretty good Windows laptop, Microsoft’s hybrid is a winner. 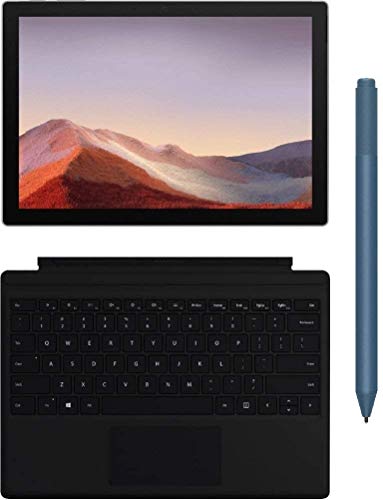