The MSI GV62 8RC-035 adds another option for budget buyers looking for a do-it-all laptop for gaming, creative work and media creation tasks. It isn’t perfect, but if you’re on a tight budget, it provides a soft-landing spot.

MSI keeps the spirit of Coffee Lake alive with their gamer-centric GV62 line. The MSI GV62 8RC-035 is yet another option for entry-level gaming, but can perform well on other tasks alike. As configured and priced, it isn’t the most perfect laptop around, but if you’re looking for a do-it-all laptop without spending so much, this is it.

With mid-tier internals, the GV62 8RC-035 assumes the position of a general-use system that can be used for play, media editing and even college –for as long as you don’t mind the colored exterior. It seems like MSI was so determined to keep the price down, and in so doing, they ha to cut some corners, by opting for a plastic cover seen in last year’s model and using the 2GB GTX 1050 variant of Nvidia’s GeForce GTX Series.

Going by its price and specs, the MSI GV62 8RC-035 falls squarely into the same ballpark as other budget gaming laptops, the likes of the Acer Predator Helios 300, Lenovo Y520 and Dell’s i5577-7359BLK-PUS. Let’s see how it stacks up against the competition, and if its worth the bucks.

As mentioned, the plastic case is one thing that MSI sacrificed to make this device affordable. It uses the same chassis as its predecessors, with the same brushed aluminum lid, and nothing else. Yes, the device is affordable, but with a cheaper material there are a couple of issues you’ll have to contend with. You’ll have to get used to fingerprints and smudges on the faux-brushed cover, but for as long as it retains a few dollars in the pocket, we can live with it, at least for now.

The build is very sturdy, with a firm keyboard deck that doesn’t bend with extra pressure, though the lid is not equally firm. It isn’t one of those ultrabooks that you flip open with one hand. This particular one requires two hands to open, thanks to a stiff hinge mechanism.

The Twisted Nematic (TN) panel is yet another cost cutting measure by MSI. MSI describes the display on its GV62 line as IPS-Level, but all are essentially TN displays, and it does not mean that they are bad. In fact, apart from wide viewing angles, we’ve seen TN panels offer faster response times in gaming than IPS panels, and some are quite good in color reproduction.

That said, MSI offers the gamer friendly keyboards for laptops, and continue to extend them even to the budget lines. The only thing holding them back is lack of RGB lighting and the mean aesthetic of using red paint on the sides of the keys.

The entire them is limited to red color, which may not be what we all want. While we have a surprisingly robust keyboard for the price, the touchpad is a different story altogether. Measuring 10.8 by 6 cm, it is small for my liking.

It uses a smooth plastic, just like the rest of the keyboard deck, and looks decent enough. Response is fairly good, without cursor skips even with rapid gestures and the two buttons at the bottom have the same stiff feel as that found in its predecessor. Nevertheless, it feels cheap and you might be left wondering if they really wanted to have it in the system or it was an afterthought.

Port selection includes all the basic I/O inputs you can ever need including two display outputs supporting a minimum of 4K at 30 HZ. On the left, there is a USB 3.1 Gen Type-C, two USB 3.1, one HDMI, one mini-DisplayPort and a mic in-out combo, alongside an ethernet port. The right flank holds a single USB 2.0 port and an SD card reader.

Wireless connectivity comes via dual-band 802.11ac Wi-Fi and Bluetooth 5.0. While the Intel Wireless-AC 9462 delivers adequate speeds, larger downloads like games may take longer. If you need to speed it up, you can hardwire it through the gigabit Ethernet port.

The MSI GV62 8RC-035 is powered by an eighth generation Intel Core i-8750H (2.2 – 4.1 GHz) processor, 16GB RAM, 256GB SSD + 1TB (5400RPM) for storage and Nvidia GeForce GTX 1050 (2GB) graphics card. The Core i-8750H is a hexa-core CPU and is part of the newer ‘Coffee Lake’ microarchitecture, consisting of energy-efficient chips that well suited for gaming at Full HD. In fact, it’s an incremental boost in performance that many computer manufacturers have been yearning for, from Haswell, Broadwell to Kaby Lake.

The newer Coffee Lake chips represent a complete overhaul computing, marked by increased core count and hyperthreading in some CPUs. For instance, the hexa-core Core i-8750H now boasts Hyperthreading, which increase multi-threaded performance by up to 50 percent over the Core i7-7700HQ. As a result, it delivers better performance on multi-core workloads, including gaming, content creation and most renders in creative work.

The GV62 uses Nvidia’s GeForce GTX 1050 for its graphics solution, a popular card found in budget gaming laptops. It doesn’t support Virtual Reality (VR) since the basic requirement is a GTX 1060 GPU. Most entry-level gaming notebooks opt for the higher variant of the same chip, the GTX 1060 with 4GB of VRAM. This iteration of the MSI GV62 uses the 2GB version, which impacts on graphical and gaming performance, though not greatly.

While we expect the GTX 1060 to deliver mind-blowing performance over the lower rated GTX 1050 on paper, but on games the difference isn’t far apart. True, the VRAM has been halved, but the rest of the card remains the same with the performance cycle showing little variance of about 50 percent of the GTX 1060’s performance. This means that gaming performance is almost at par with its peers equipped with GTX 1060 chips, with games remaining perfectly playable at High or Ultra settings at Full HD.

However, the limited VRAM will not hit some finer details, including continuous simulation and pursuits. Also, Full HD is the maximum resolution supported by this laptop, since 1440p and 4K resolutions will require more resources than this GTX 1050 card can support, thus not available for most AAA games. Played at High settings (1920-by-1080), the card averages 94 fps on Overwatch, 39 fps on Hitman 2016 and 41 fps on Need for Speed Payback, with a little drop in fps when played at Ultra settings.

Battery life is always a gray area among budget gaming laptops. The MSI GV62 8RC-035’s 41 Wh battery delivers a meagre 3.6 hours, which is in the same ballpark with the offerings of from the Dell Inspiron, Acer Predator and Lenovo Y520. It is entirely normal for an affordable laptop, but it doesn’t mean that you won’t stay away from the mains, but you’re safe with the power adapter around.

MSI has an excellent reputation for its line of gaming laptops, that deliver unmatched playability, and sometimes they have something for everyone –including the budget buyer. In keeping that tradition alive, they are now offering the MSI GV62 8RC-035, an entry-level gaming laptop that refreshes last year’s MSI GL62 line of gaming laptops. The case, keyboard and cooling solution remain the same as last year’s model, but the major differences lie in the newer Coffee Lake CPU, GTX 1050 GPU and enhanced performance. 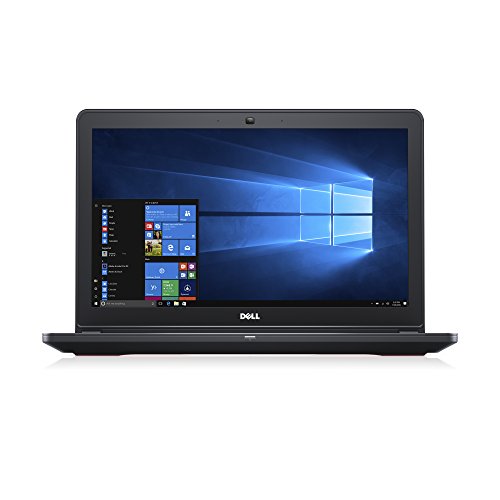 The MSI GV62 8RD-200 (released mid-2018) is a newer version of the MSI GL62M 7RDX, with the same components, but adds 16GB Intel Optane Memory and Coffee Lake chip (New Intel 8th Gen Core i5-8300H). With this module, it amends the only issue we had with its predecessor –lack of a solid-state-drive (SSD).