The MSI P65 Creator-1084 is a particular powerhouse for video editing and undoubtedly a poor man’s workstation for number-crunching with large datasets, and scores well as a gaming laptop on the side

MSI is known for its high-performance gaming laptops, and its Trident series desktops are a distant second. But in recent years, the company has spruced out devices for creative professionals – the MSI Creator Series. In this lineup, you have powerful devices like the MSI P65 Creator-1084 we’re reviewing – that’s aimed at professionals in 2D design, 3D animation artists, and photo and video editing who might otherwise cut their art on a machine like the 14-inch Apple MacBook Pro or Dell XPS 15.

Like the MacBook Pro and the Dell XPS 15, the Creator-1084 is a nice-looking, good performing premium laptop, though it doesn’t quite have the aesthetic refinement of those two Editors’ Choice winners. However, it gets an edge with a dedicated Nvidia GeForce RTX 2060 graphics card rather than the dedicated graphics card you’d likely find on, let’s say, Apple’s MacBook Pro.

The P65 Creator is crafted from aluminum with a silver finish- at least we’re not complaining of a plastic build her, and its light weight yields to some noticeable flex if you apply some weight on the middle of the keyboard. Ditto, if you press the area around the power button and the screen corners. We can’t really call the overall feel flimsy, but it’s not going to pass the MIL-STD 810G ruggedness threshold of some of its rivals.

Connectivity options here include a security lock slot, an Ethernet port, two USB 3.1 Type-A ports, and separate headphone and microphone jacks on the left. The side flank holds HDMI and mini DisplayPort video outputs, an additional USB-A port, a Thunderbolt 3 port, and a connector for the AC adapter.

The MSI P65 Creator gets a 4K (3840-by-2160) resolution, non-touch screen that’s easy on the eyes, even if productivity and creativity apps aren’t going to max out its high refresh rate the way games can. All details on the screen are incredibly sharp. Its brightness and contrast levels are good, backed by inky blacks set on pristine white backgrounds, and viewing angles are broad.

Once again, the screen’s matte finish tames screen glare but it does dull colors somewhat. Overall, the display seems like a good place for long work sessions.

The keyboard layout isn’t the most perfect around, it has a few quirks like two backslash keys, and an Fn key to the right of the space bar (you can toggle it via the Dragon Center and swap it with the Windows key), and it offers three-level backlighting and dedicated Home, End, Page Up, and Page Down keys. Travel is on the shallow side, but it offers a quiet, clicky typing feel that’s reasonably comfortable.

There’s a small fingerprint reader in a corner of the touchpad, that easily glides and taps smoothly, although you need a slightly awkward press to right-click. 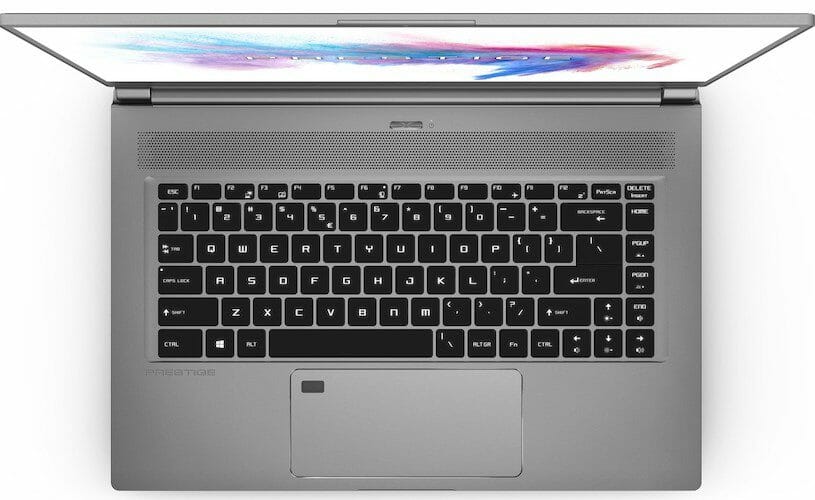 With the latest 9th Generation Intel Core i7-9750H processor, 32GB RAM, 1TB Teton Glacier SSD and Nvidia GeForce RTX 2060 graphics card, the MSI P65 Creator-1084 is as powerful as they come when it comes to performance. In fact, this configuration is “gaming class” meaning that for a creator -as the name suggests- it does deliver enough raw power for the vast majority of things you’d throw at it.

To test its resilience, the laptop easily edits a 4K video without slowing down throughout the entire process, and rendering the edited video at the tail end takes a matter of seconds. In any case, that’s the level of performance you expect of a pro-machine designed for editors and other creatives.

Photo editing is also a breeze, using software like GIMP whereby it easily handles large files and multiple layers with ease and without any lags. You can edit multiple images for a solid 30 minutes and the laptop remains insanely cool to the touch.

But while MSI bills the laptop as technically built for creators, the kind of hardware it packs, especially the dedicated RTX 2060 graphics makes it a solid choice for gamers. In addition to the graphics card, the Intel Core i7 processor along with 32GB RAM, gaming performance is nothing to shake a stick at. There are no slowdowns here, whether we’re playing The Witcher 3 on max settings or working with 22-plus Chrome tabs open.

As for graphics, the RTX 2060 is the little chip in the latest lineup, but it does crunch favorable frame rates. You can easily nab smooth playability in Shadow of the Tomb Raider and Total War: Warhammer 2, whereby the Creator-1084 scores 67 fps and 53 fps, respectively, on ultra settings.

With a stellar 4K display, you really don’t expect long battery life. The colorful display can sip the juice really fast, and it can be hard to expect anything stellar. That said, expect the laptop to run for a little over five hours on a single charge when doing basic web browsing and using productivity tools, but expect nothing of that sort for video editing and gaming. Perhaps lowering the display resolution might help -maybe, a few more minutes to the count.

The MSI P65 Creator-1084 isn’t cheap compared to today’s flock of $1,000 gaming and productivity laptops, some which offers impressive gameplay, but the Creator-1084 isn’t a gaming specialist so much as it’s a decathlete, able to switch from productivity apps to creative multimedia and then to enjoyable, if not record-setting, media creation and video editing.

It’s a particular powerhouse for video editing and undoubtedly a poor man’s workstation for number-crunching with large datasets. And its 4K screen is simply gorgeous. 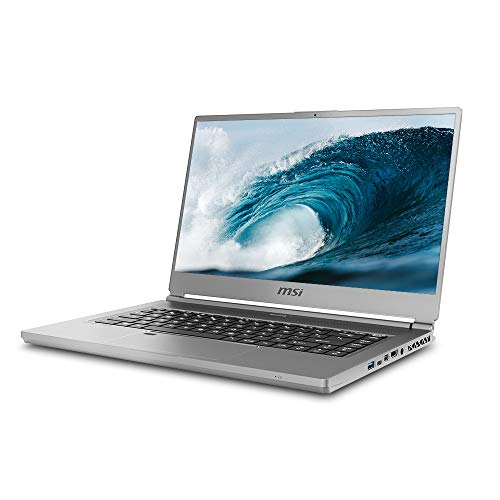