The MSI ‎Pulse GL66 11UGK-001 offers solid frame rates and a refreshing design at a very palatable price, making it one of the best value that hits the mark in several key areas.

The Pulse GL66 11UGKV-231CA is MSI’s latest release in the midrange gaming laptop category for 2021, rocking an Intel “Tiger Lake-H” processor and Nvidia’s GeForce RTX 30 series graphics card for under to grand, but the base configuration can be had for as low as under $1000. MSI have a similar model in the US, the MSI ‎Pulse GL66 11UGK-001, which we reviewed a few days ago, with the same design and spec sheet.

Our review unit delivers good gaming productivity thanks to an eight-core CPU and GeForce RTX 3070, but it’s a tough sell, coming in the shadows of the Asus ROG Strix G15 (2021) and the Razer Blade 14. Both the Strix G15 and Blade 14 costs a little more but with faster AMD Ryzen 9 processor and RTX 3070 and RTX 3080 graphics card, respectively.

Our top 15.6-inch value pick remains the ASUS TUF Dash 15 (2021), but if you need better frame rates and superior features for both gaming and productivity, the MSI ‎GL66 is an excellent choice.

A metallic lid and an RGB are the most notable features in the MSI GL66 Pulse over the company’s ultra-budget GF Katana line. The keyboard backlighting is configurable via the MSI Center app, though the customization is limited to one color or lighting zone. Competing gaming rigs at this price, like the MSI GE66 Raider offer upto four lighting zones.

The 144hz high-refresh-rate screen in our review unit (GL66 11UGKV-231CA model) is an almost perfect combination with its 8GB GeForce RTX 3070, a dedicated GPU that produces triple-digit rates at the laptop’s native 1,920-by-1,080 resolution.

MSI uses IPS (In-Plane- Switching) technology for this panel, meaning you get reasonable brightness and contrast, that create a satisfactory picture, if not a perfectly colorful one. The screen is rated at 72% NTSC color coverage, which is more vibrant than the 45% on the base GL66 Pulse models, with 60Hz screens and 4GB GeForce RTX 3050 graphics card.

The MSI GL66 Pulse in this review (model GL66 11UGKV-231CA) is a top-tier configuration with a 8GB GeForce RTX 3070. It’s teamed with Intel’s eight-core Core i7-11800H processor, 16GB of memory, a 512GB solid state drive running the Windows 10 Home operating system. This is a beefier spec sheet, compared to the Acer Predator Helios 300 that costs around the same, albeit with a six-core (yet still very capable) Core i7-10750H CPU.

To determine a system’s real-world gaming prowess, we often consider its built-in 1080p benchmarks of Far Cry 5 (at its Normal and Ultra presets) and Rise of the Tomb Raider (at its Medium and Very High presets). Reason is, the first uses DirectX 11, while the second is flipped on DirectX 12.

In the end, though, this is a great gaming laptop, and so one those terms it stacks well with more expensive laptops – namely, the Acer Predator Helios 300 and the Razer Blade 15 Base, in all fairness, those machines should be compared to the RTX 3080 gaming laptops, as they ring even higher prices.

Not a deal -breaker though, just carry around your brick if you’ll be using it for ling away from the mains.  Again, that’s a little longer than the Razer Blade Pro 17’s 5:53, but almost double the Alienware M15’s 3:28.

The MSI GL66 Pulse churns out butter-smooth 1080p gaming frame rates and looks as elegant as any gaming high-end gaming laptop should. Other positives are abundant, like a high-refresh screen, capable productivity performance and is priced well below similarly configured competitors, like the Acer Predator Helios 300 and the Blade 15 Base.

That said, there are some drawbacks, especially its mostly plastic build, single-zone keyboard lighting, and general lack of special features at odds with its asking price. A small discount would take the sting out of those complaints, but you’d still have to deal with the Pulse’s scanty battery life.

Overall, the MSI ‎Pulse GL66 11UGKV-231CA hits the mark in too many areas that make it easier for us to recommend it. Similarly, you can find many better midrange 15.6-inch gaming rigs to choose from, notably the latest refresh of the Acer Predator Helios 300 and (and for a few more money) the Lenovo Legion 5 Pro and Alienware m15 Ryzen Edition R5. 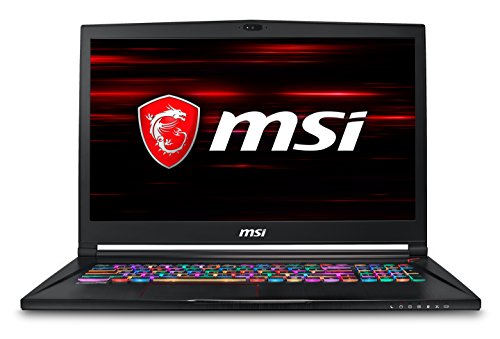