The MSI Stealth 15M A11UEK-009 is an appealing midrange machine with high-refresh-rate 1080p gaming packed into a winning form factor, that makes it a great Ultrabook-cum-gaming-laptop candidate.

Nvidia’s latest GeForce RTX 30 Series of graphics cards are powering a new class of powerful gaming laptops, that are slim and light than ever before. The MSI Stealth 15M A11UEK-009 is one such machine, rocking a GeForce RTX 3060 that enables high-frame-rate 1080p in most AAA and esports titles alike.

Our review unit, the A11UEK-009 model features an Intel Core i7-11375H processor, 16GB of RAM and 512GB of solid-state storage, packed into a sleek, compact 15.6-inch form with a comfortable keyboard.

The MSI Stealth 15M doesn’t make to the best gaming laptops we’ve reviewed, and while it isn’t a particularly bad choice, you can getter a gaming notebook at a much lower price. The MSI ‎Pulse GL66 11UGK-001 is one such great alternative, with a lot to like.

MSI refreshes the Stealth’s design here with a sleek and low—profile yet elegant style. Perhaps the most critical comment you’d make here is that it’s a bit too plain, but I think it works well with the minimal dark gray look with a few small details here and there. Generally, if MSI were after portraying a slim and portable machine, they did succeed here.

What about portability? Well, the Stealth 15M measures 0.6 by 14.2 by 9.7 inches (HWD) and weighs 3.7 pounds, which is pretty good for a laptop larger than an ultraportable, and is even better for a gaming machine. This is as portable as it gets in 2021 for a gaming laptop, coming in to compete with the likes of the Asus ROG Zephyrus G15 and the Razer Blade 15.

All Stealth 15M models feature full HD (1080p) resolution screens with a 144Hz refresh rate, a good combo for this laptop line’s hardware and type of gaming you’d use these systems for.

Simply put, high-frame-rate multiplayer titles will be fly, and you can surpass 60fps on some AAA games, but we’ll cover that in the performance section below. Overall picture quality is good, and the thin screen bezels work well with the slim size and modern look.

By just looking at the keyboard and touchpad, they both appear very basic, but they function more nicely than they look. The individual keys are well sized and have a nice feel to them, you can’t complain of them being too mushy nor too bouncy.

The keys on the MSI Stealth 15M make for a good typing experience, and the RGB backlighting adds a touch of luxury. Beneath the keyboard is a responsive touchpad, that pans smoothly, and is just big enough to match the laptop’s overall size.

Some great gaming and productivity, with VR support

Powering the MSI A11UEK-009’s gaming engine is the Nvidia GeForce RTX 3060 GPU with 6GB of VRAM. So, what does that mean? Well, with such a graphics engine, you can cruise England’s sprawling countryside at over 57 frames per second in Assassin’s Creed Valhalla at Ultra, 1080p settings. And, it means a few other things too.

When it comes to Grand Theft Auto V, the MSI Stealth 15 averages 79 fps, still above the mainstream category average of 78 fps, and beyond the Acer Predator Helios 300 (73 fps). However, the Asus TUF Dash F15 (85 fps) does much better.

For productivity, the MSI Stealth 15M packs an Intel Core i7-11375H processor, 16GB RAM and 512GB SSD storage. It easily loads more than 40 Google Chrome tabs and five 1080p YouTube videos without breaking a sweat. This is excellent for a laptop of this caliber, as you can use it for gaming and some productivity on the side.

While we’ve seen some improvements in battery life with certain MSI laptops, the Stealth 15M seems to have missed that memo. Lasting only 3 hours and 46 minutes, that’s far much below the mainstream gaming laptop average (6:38).

The MSI Stealth 15M straddles the place between high-end power and more affordable gaming machines. Its cost is on the higher end of the midrange and far clear of more affordable entry-level gaming laptops, but is still fair. As designed, it looks gorgeous and is super-portable, with a CPU and GPU that are more than capable of rock-solid 1080p gaming, and the 512GB SSD is pretty good.

If you’re shopping in this price range (and not after a thin laptop), there’s maybe a better alternative, and there’s a reason to steer clear of the Stealth 15M, though I’d be remiss not to point out that the MSI Pulse GL66 (11UGK-001) is a uniquely good value that costs slightly more but packs better hardware (Intel Core i7-11800H, RTX 3070, 16GB RAM AND 512GB SSD).

All told, for the price, the MSI Stealth 15M A11UEK-009 is one of the best gaming laptops you can buy today. While you’ll have to make some compromises in battery life (typical with gaming laptops, though); those are small conceits to make for a laptop you can confidently both take into work and into your next gaming session. 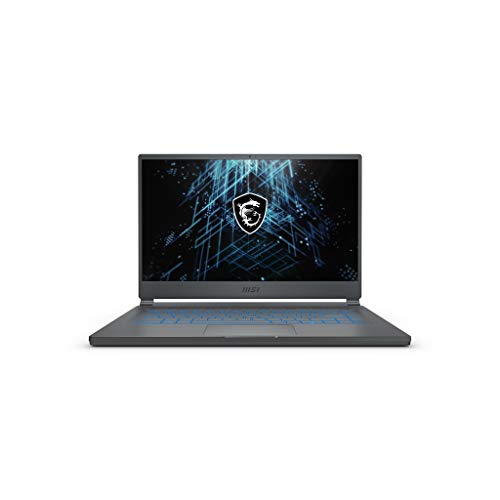