There are some pretty good gaming headsets out here that can be had for just under $70, and more exensive ones like the Turtle Beach Stealth 600. ONIKUMA has  an affordable option in the Onikuma K5 Pro, a wired gaming headset that looks and feels luxe and offers impeccable audio quality and very good microphone quality.

If you aren’t on a very tight budget, you can definitely find a slightly better-sounding headset by spending a bit more, but if you need to save a few bucks but not compromises on quality, the K5-N is an excellent choice.

The Onikuma K5 Pro is a rather plain looking headset, except for a blue-lit ‘G’ logo and silver splash on the ear cups that breathe life into the design. Even if you’re buying it for a few dollars than competitor headsets, it doesn’t feel cheap at all, and does little to grab your eyes with an almost rugged construction. On both over-ear earpads and headband, there is a synthetic leather padding that’s soft and comfortable, but not as thick as the earpads on the Razer Kraken Pro V2, and not near luxurious as the Turtle Beach Elite Pro Tournament Headset.

For some, leather ear pads aren’t something they can consider, especially on a budget headset, since most of them become a sweaty mess. In that case, a mesh fabric is more preferable, but the padding on the K5-N is comfortable and won’t cause any irritation over time. Fortunately, the headband is adjustable which adds to the Onikuma K5 Pro’s comfort.

Both the boom microphone and headset are permanently fixed on the left ear cup, while the mic switch and volume control are held on a knob along the knitted audio string. The headset cable is about six feet long and ends in a single four-pole 3.5mm plug that will work with all modern game consoles, mobile devices and some laptops.

There’s a USB plug for the LED light on the headset, and doesn’t work for USB audio. ONIKUMA includes an extension cable that splits into two three-pole 3.5mm plugs, that can be used with computers and notebooks with separate headphone and microphone inputs.

Though marketed as a gaming headset, this 7.1 surround headset plays music fairly well. It handles bass tests quite well, without a hint of sound distortion even at maximum volumes. However, it does dive too deep into the sub-bass realm, but it does a good job in reproducing the kick drum and bass synth that is often absent in most budget headset. Also, there’s a mild force in the lows and low-mids, but it isn’t accompanied by any subwoofer-like rumbles behind them.

So we didn’t expect subtle music performance here, but the high precision 50mm drivers do an excellent job at delivering crisp sound with better volume ranges that can be adjusted with the inbuilt controls. Surprisingly, the Onikuma K5 Pro is well balanced too, while competing headsets suffer from imbalanced audio output, whereby one side sounds louder than the other.

On this headset, sound is evenly split between each side, which is very handy if you have one ear cup off, but waiting to hear a top-knock from the takeaway delivery driver. The mic isn’t very impressive, but still acceptable. It looks good, flexible and well-positioned but it’s meant to be noise cancelling, which it doesn’t do very well.

Occasionally, it picks my own voice but the idea behind a boom mic is that it should be interference free, instead, there occurs interruptions and interferences from background noises. If you’re in a quiet environment, it works perfectly fine, and you won’t have any issues at all. Overall, the microphone is equally good for a budget headset. It suffices for both voice chat and calling into podcasts.

As a gaming headset, this audio signature is excellent. During testing, I played Call of Duty: Infinite Warfare on the PS4, and the top-of-the-class sub-bass lows give the varied guns plenty of punch. You won’t have your skull rattled by the sneaky gunshots and explosions, always accompanied by vibrations, but you’ll definitely be aware of them. I noticed that in the midst of combat, voice cues and barked orders are clearly picked thanks to robust high mid presence.

On as single player game, like Nioh played on PlayStation 4 that doesn’t need a headset, the output is impressive as well. The background music and various sound effects of approaching soldiers, demons and steel clashing comes out clearly. Even at maximum volume, the headset produces immersive sound for your escapades, even when not producing very low or very high frequencies.

The Onikuma K5 Pro is an affordable wired headset that deliver satisfying gaming and mic performance for the price. It’s one of the best budget headsets out there, and feels really comfortable on the head. If you can spare a few more dollars, you should really get the Turtle Beach Elite Pro Tournament Headset for its superior sound and quality; it costs three times as much as the K5 Pro, but it’s the best-performing wired headset we’ve tested. But if your budget tops at sub-$100, the Onikuma K5 Pro gaming headset is a very solid choice.

The Onikuma Gaming Headset (K5 Pro) is an affordable wired headset that delivers satisfying gaming and mic performance for the price. It’s one of the best budget headsets out there, and feels really comfortable on the head. 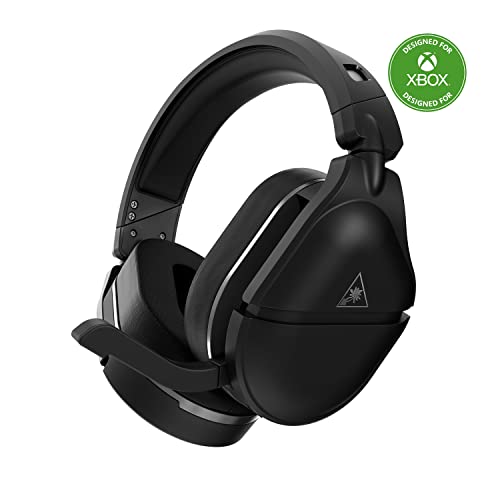