The Razer Blade is extremely thin and light but still packs a big enough punch to make it an actual notebook that you can game and do work on. With a new processor and graphics card, the Razer Blade (2015) delivers better graphics performance and longer battery life than its predecessor, offering a solution to the problems witnessed with the 2014 Blade.

Beating last year’s Blade is a tall order, but Razer defies the odds and hopes that throwing a fancy new 14-inch Razer Blade (2015) (RZ09-01302E22-R3U1) with a 3,200 –by-1,800 touch display will help the new gaming laptop do just that. The new iteration is outfitted with an Indium Gallium Zinc Oxide (IGZO, in short) panel, and all those pixels get their power thanks to NVIDIA’s GeForce 970M GPU that runs on Maxwell architecture. Gaming is also about memory and the new Blade doesn’t disappoint, there is 16 GB of RAM (double that of last year) paired with a maximum 512GB Solid-State Drive (SSD) storage.

All that said, Razor Blade (2015) adds some new perks over our Editors Choice –Razor Blade (2014) – in the ultraportable gaming category, and games will almost assuredly look gorgeous and perform incredibly well here. Well, in 2015 we have the blade again, and it is really struggling to regain its slot in the ultraportable gaming systems, with the MSI GS60 Ghost Pro 3K giving it a run for the money. Now is the time to find if the new Blade lives up to the hype. Let’s get started!

Needless to say, the new Blade keeps the same aesthetics as last year’s model, with the slim and sleek design remaining unchanged. From a distance, you will mistake it for an Apple MacBook Pro clad in black but there is more under the hood. It is set on an aluminum chassis measuring 0.7 by 13.6 by 9.3 inches (HWD) and weighs in at exactly 4.47 pounds, this is light enough to carry in a bag, unlike most gaming laptops that weigh in excess of 6 pounds and are hectic to carry around.

With the anodized matte black aluminum accented with some green touches here and there, the system looks awesome- talk of spectred USB ports, a glowing Razor logo on the lid and a similarly awesome verdant glow that dots the backlight of the keyboard. With Windows 10 pre-installed, the Blade is spoiling for a fight out of the box.

Gaming performance is also significantly improved, and baseline gaming tests (run at 1,366-by-768 resolution) are the best we’ve seen. Unfortunately, the improvements in graphics processing aren’t quite good enough to fix all of the problems seen with the display/GPU disparity. There are still some scaling issues when playing at a lower resolution, and the GPU still doesn’t have the oomph to really match the 3,200-by-1,800 resolution of the display with playable performance. That said, if you back off on the resolution, and do some tweaking of graphics settings, you can play demanding current titles at better-than-full-HD resolutions, though not a lot better.

Connectivity options are unchanged from the previous model, with one USB 3.0 port and an HDMI-out port on the right side of the system, and two USB 3.0 ports and a headset jack on the left. For connectivity, there are dual-band 802.11ac Wi-Fi and Bluetooth 4.0.

For improved portability, the power adapter also has a compact design, with the 150-watt brick measuring just 0.87 by 2.36 by 5.9 inches (HWD), and weighing less than a pound, significantly smaller and lighter than the power bricks included even with competing ultraportable gaming systems.

Additional specs include a SATA M.2 SSD ranging in size from 128GB to 512GB. The internal wireless card supports 802.11 b/g/n/ac standard, and it also has three USB 3.0 ports, a 2.0MP webcam, a backlit keyboard, HDMI, and a touchscreen for those who want to swipe their screen instead of click on things. All this stunning features are housed in a sleek all-black aluminum chassis.

The chiclet-style keyboard is Razer Blade (2015) is quite good, as Razer’s popularity has always been the gaming peripherals. It’s optimized for gaming, with full anti-ghosting, meaning you can press any number of keys without the input locking up or slowing down. The keys have a solid feel to them, and the key travel is deeper than you’ll get with most chiclet-style keyboards, which I greatly prefer. It’s also programmable, letting you remap keys or assign macro commands in Razer’s Synapse Control Dashboard.

The touchpad is similarly optimized, with built-in Razor Surround speakers on either side of the keyboard bolstering 7.1 surround sound for both speaker systems and gaming headsets. On the downside, heat is a significant problem, and it’s little wonder with high-performance components packed into such a narrow space. Fan noise doesn’t seem to be as big a problem this time around, but it’s still quite noticeable. But these can be managed by a cooling system for less $20 such as the HAVIT HV-F2033 Cooling Pad with Turbo Dual Fans (2 fans).

When you’re not gallivanting around some fantasy world and liberating its citizens, the Razer Blade (2015) is a multitasking, multimedia monster. The laptop’s 2.6-GHz Intel Core i7-4720HQ processor with 16GB of RAM, it can stream the latest episode of “Sailor Moon Crystal” on Hulu while running a full-system scan with 10 open tabs in Google Chrome, Mozilla Firefox and Internet Explorer. This gives the system remarkable stability, but the AORUS X3 and its 2.5 GHz intel Core i7-4710HQ processor gives even better performance, but its graphics are an issue altogether.

For instance, Blade’s 512GB SSD can easily notch a speedy 318 MBps on File Transfer (I tried it with duplicating 4.97GB of multimedia files), which is almost twice the 97.7 MBps average. The Aorus X3’s dual 512GB mSATA SSDs delivered a scorching 389 MBps. The MSI GS60 delivers almost the same performance and it has the looks to its advantage.

The Razer Blade is like a concealed weapon — small and unassuming, but with the capacity to cause lots of damage. Outfitted with Nvidia’s second-most-powerful mobile graphics card, the GeForce GTX 970M (with 3GB of VRAM), the Blade delivers impressive frame rates. During my run-through of GTA V, I engaged in a few street races, went on a hike and got a haircut, all in beautiful 3,200 x 1,800.

With all the settings cranked to high, the game sailed along at a smooth 40 fps. There wasn’t a jagged texture to be found as I mowed down slow-moving pedestrians while drifting around a particularly sharp corner. It was exhilarating to say the least. It is amazing to see that the Nvidia GeForce GTX 970M and 3GB of dedicated memory have really done a lot in fixing the problems seen in the previous iteration.

The Razer Blade is extremely thin and light but still packs a big enough punch to make it an actual notebook that you can game and do work on. With a new processor and graphics card, the Razer Blade (2015) delivers better graphics performance and longer battery life than its predecessor, offering a solution to the problems witnessed with the 2014 Blade. Heat remains a big concern, but that’s a problem endemic to the category.

As it stands, the Razer Blade 2015 not only outshines the 2014 model, it also offers a better overall value than the previous Editors’ Choice, the Razor Blade (2014). If you still aren’t sold on the new Razer Blade, the 2019 Razer Blade 15 RTX is a great alternative and our top pick for mid-priced gaming laptops. However, the MSI GS65 Stealth carries the day in the ultraportable gaming laptops making it an all-time Editor’s Choice. 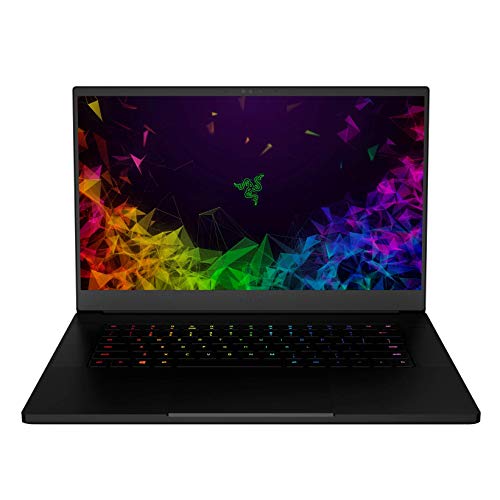