Two years ago, Samsung released the Chromebook Series 3 , which was the first model to live up to Google’s promises of a capable little laptop for Web browsing at an affordable price. Google featured it many ads and it was the first Chromebook to go (relatively) mainstream. Two years later, Samsung is replacing it with the Samsung Chromebook 2, a slim 13-inch model that strikes the sweet spot of price and capability, running on a more mature Chrome OS, with more offline capability, and more powerful tools.

However, the Samsung Chromebook 2 isn’t the only Chrome-kid on the block, it faces stiff competition from almost every other player in the laptop industry. How well does the Chromebook 2 stack up against favorites like the touch-enabled Acer Chromebook or the ever-on HP Chromebook 11 (Verizon LTE)?

The new Samsung Chromebook 2 maintains the aesthetics that worked for the previous model, set in a slim design measuring measuring 0.66 by 11.40 by 8.60 inches (HWD) and weighing just 2.65 pounds. Although the exterior is still relatively plain, it now has more style in a minimalist sort of way.

The chassis has a faux-leather textured surface, but it raises the question—what’s the point of mimicking leather (complete with stitching) if you’re going to make it silver? However, beneath the plastic surface, Samsung added a metal frame reinforcement for both the chassis and the lid, giving the inexpensive laptop a sturdy quality unlike most laptops in the same price range.

The Chromebook 2’s 11.6-inch display isn’t the best we’ve seen so far, especially when comparing its Twisted Nematic (TN) panel at resolutions of 1,366-by-768 to competitors like the HP Chromebook 11 (Verizon LTE), which boasts a bold and bright In-Plane Switching (IPS) display, or the Toshiba Chromebook 2, which offers full HD (1,920-by-1,080) resolution. All said, the screen is perfectly viewable, with decent color quality and highly readable text and it does all these without the extra expenses that an nicer display would offer.

Since most of the design features are inherited from the previous version, I will just mention the slightly changed keyboard, subtly curved keycaps, but the clickpad is unchanged, meaning that the same smooth tracking and gesture support for Chrome’s on-and two-finger controls are maintained.

The only gripe from the previous version is that several ports are placed on the back edge of the system, along the hinge. I prefer my ports to be easily accessible, and having to reach around the back of the system is never ideal. Thankfully, this time round, Samsung managed to correct the error. It comes with a USB 2.0 and USB 3.0 port, a full HDMI port, and a microSD card slot.

For Web connectivity, the Chromebook is equipped with 802.11ac Wi-Fi and Bluetooth 4.0. For local storage, there’s a 16GB solid-state drive (SSD), but Samsung expects you to migrate to cloud storage options like Google Drive.

Unlike most other Chromebooks, which only come with Chrome OS and 100GB of Google Drive cloud storage (free for 24 months), this new model also offers other bundled apps. You get AirDroid, an app that lets you use some of the features of your Android smartphone with your Chromebook.

The Chromebook 2 is outfitted with a Samsung Exynos 5 Octa 5420 1.9 GHz Processor (2 MB Cache), 4GB DDR3L SDRAM, and a 16GB Solid-State Drive. All these make the general performance quite high, while offering the benefits of Chrome at the same time-like speedy boot times and the ability to access your Chrome bookmarks, plug-ins, and settings just by logging into your Google account.

With the larger allotment of RAM, however, there aren’t unnecessary lags when running multiple tabs, and you’ll occasionally see a page loading faster or streaming media not stuttering. On the whole, however, the performance is quite better as compared to the Acer C720P-2600 and other comparable systems.

Where the Chromebook 2 really stands out is battery life. Samsung place battery life at 8 hour of battery life, but on light tasks it can do better than the set benchmarks, which is longer than every current competitor, including HP Chromebook 11 (Verizon LTE) (5:27), the Toshiba CB35-B3340(7:04), and the Acer Chromebook 13 (CB5-311-T9B0) In fact, the only better model on battery life is the Asus C200 Chromebook with 11:14, but for the Chromebook 2, 8 hours is okay considering that the Chromebook Series 3 barely lasted 6 hours. 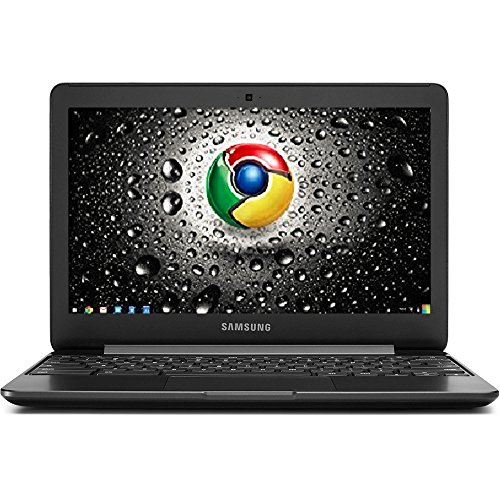 You’ll definitely have better features on the likes of the Acer Chromebook C720P-2600, with its touch display, or the HP Chromebook 11 with Verizon LTE, but for simple value for your dollar, the Samsung Chromebook 2 lands toward the front of the pack.