The Samsung Chromebook 3 XE500C13-K02US finally offers, what we’ve always wanted Google to deliver all along–an affordable, portable way to hop online, with nothing getting on our way, built with a great design and all-day battery life.

The Samsung Chromebook 3 (XE500C13-K02US), looks like a Windows laptop, but it’s not. It runs on Chrome operating system instead of the mainstream Apple Mac OS X or Microsoft Windows platform. Designed for the curious folks who want to zip through Web browsing, the new Chromebook passes as what we’ve always wanted Google to deliver all along; a svelte, affordable and portable way to hop online.

We’ve reviewed some earlier models that have cost upwards of traditional laptops, leaving a sour taste among lots of users who have felt ripped off at the limitations of Chrome OS.

If you’re looking to do much more than surf the web and indulge in cloud-based content creation, then this isn’t the laptop for you. But, if you’re looking for an affordable option with much better content-creation functionality–like, an integrated keyboard–then the Samsung Chromebook 3 is an appealing option.

It is also a good deal cheaper than most Chromebooks we’ve reviewed, drawing it the closest any Chromebook has come to meeting Google’s initial goal of selling the Chromebook affordably, than even a smartphone.

The Samsung Chromebook 3 may be inexpensive, as Google expected, but the design doesn’t feel cheap. Its lightweight plastic construction may not be luxurious to match the newest crop of ultraportables, but its sturdy, and its spill-resistant design will suffice for students and writers alike. The 11.6-inch display has the same 1366-by-768 resolution, which is the same seen on both MacBook Air and the Microsoft Surface; although you might have to limit your side-by-side multitasking, keeping in mind that Chrome has always favored tabs anyway.

This thing remains thin, very thin–0.7 inches –but it packs hardware like a netbook. The reality is that it doesn’t really fit into any of these categories fully, but it slices its niche in-between inexpensive and portable laptops. At only 2.5 pounds, the Chromebook 3 is extremely portable, while delivering a large enough screen and keyboard that you can comfortably use without feeling hemmed. Even with the slim build and complete lack of cooling fans, the system didn’t get insanely warm during our tests.

On the Chromebook 3 is a full-size QWERTY keyboard, though Google have tweaked in a way that its optimized for the Web-based chrome experience. It doesn’t have a standard keyboard. For instance, in place of the Caps Lock key, you have a dedicated search button, while the F1-F12 keys have been replaced by Chrome-specific function keys.

The Delete key has also vanished, with the Backspace key now doing double duty (in conjunction with Alt key). As expected, the equivalent of Windows or Apple Key is absent. The trackpad is just a single-piece, with a blank face, which doesn’t include the usual right- and left -click buttons, instead you have one touchable clickable touchpad that supports one- and two -finger gestures.

The Samsung Chromebook 3’s most defining feature isn’t its hardware, affordability, or the unique keyboard; it must be the Chrome OS. Google’s web-centric OS is much better than the Chrome Web-browser, since it adds web-apps built-in, and goes ahead to thrown in some added offline functionality. It comes with a dedicated set of icons in the lower left corner of the screen that pull up Gmail, Google search, Google Drive, and YouTube. This is extended by a selection of other apps that offer extended functionality like Calendar, calculator and camera.

Additionally, you have a basic file manager in Chrome OS, mark the word basic. Once you plug in a USB flash drive or SD, it pops up a list of the drive’s contents inside an interface that looks like Gmail or Google Drive. All your documents and PDFs are opened by Chrome’s in-browser document viewer, while photos are edited within Chrome’s light image editor. For music and videos, they are opened with Chrome’s media player, but for a Chromebook, it’s expected that everything will be streamed.

Port selection is surprisingly robust. The laptop comes with an HDMI out port, for connectivity to your HDTV, one USB 3.0 port, and a USB 2.0 port. It also has a combination headphone and microphone jack, a card reader that supports the microSD format alongside a front-facing camera. Since the Chromebook 3 entirely depends on Internet connectivity, it has built-in it has built in 802.11ac WLAN, and Bluetooth for connecting to headsets, printers, or other peripherals.

Internal memory is lean, with only 16GB of internal flash memory—file storage is expected to be in the cloud, primarily using Google Drive. Typically, as a way of encouraging transition from Windows to Chrome OS, new Chromebook owners enjoy a free 100GB upgrade to their Google Drive capacity, good for two years.

The Samsung Chromebook 3 uses a 1.60GHz Intel Celeron N3050 processor (turbo up to 2.16 GHz). Paired with 4GB of RAM, it makes the most feather-light operating system, firing along quickly from tab to tab, and page to page. The combinations also give it faster booting, as it springs to life pretty fast once you open the lid, prompting for a password in less than 10 seconds. Apparently, it may not be quite fast as the two-second wake times we’ve seen in ultrabooks like the Asus ZenBook 13, but it’s a good deal ahead of the usual Windows 7 PC.

While it can’t be tested as a traditional Windows laptop, its speed and resilience even with multiple browser tabs open is impressive. It stands out as a laptop that you can rely on for daily browsing needs and document processing, albeit on Google-centered apps. Battery life is nothing short of amazing, as we managed to stream a 10-hour YouTube video and still had some charge remaining, which is in line with the 11 hours that Samsung estimates for regular use.

The Samsung Chromebook 3 XE500C13-K02US doesn’t come to the market to rival the latest ultrabooks in processing power or offer touch interfaces we’ve seen in tablets and smartphones, it actually doesn’t, but it does offer a lot of laptop for those who can get by with web access and cloud-based storage for far much less.

For buyers on a budget but fancy nothing much more than a way to get online, the Chromebook 3 is even more affordable and palatable than other more expensive Chromebook options. Whether you’re a writer in the middle of a news article or a college student researching on a term paper, the Samsung Chromebook 3 may be all you need, at a price that is possibly hard to ignore. 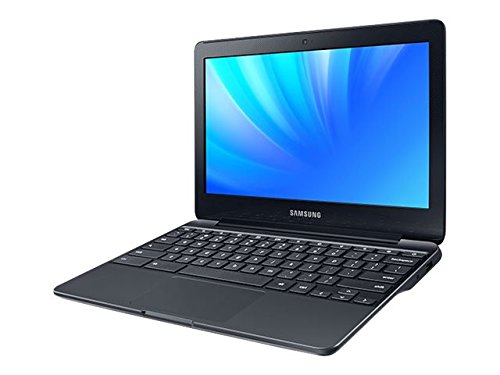