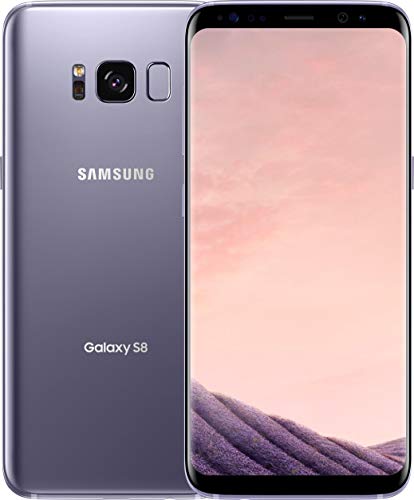 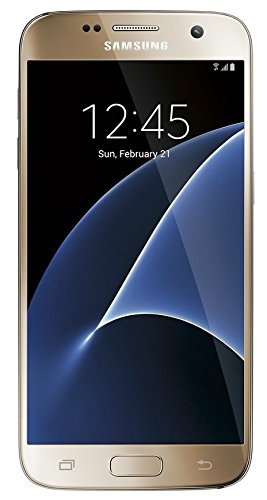 The Samsung Galaxy S8 is a luxurious phone that offers more phone than most folks would ever need. It has a lot going for it including a gorgeous wide-screen, comfortable feel, top-of-the-class components and forward-looking software.

Nowadays, phones have become a little cliché. Whether its Apple releasing a new iPhone 7, Huawei unleashing the P10, Sony flaunting a new Xperia XZ Premium or another flagship, they all feel and even feel the same.  And when I thought a phone wouldn’t have me delighted any more, the Samsung Galaxy S8 crosses my path, and it completely proves me wrong.

From the moment I picked it up, the 5.8-inch bezel-less screen made me realize that I had something -in my hands­ that’s way too special than expected. Its larger 6.2-inch sibling the Galaxy S8+ got me even more excited. It is leaps and bounds ahead of competing handsets in nearly everything it does from internet connectivity, calls, games, taking photos, or watching HD video. Overall, it is the most capable, well-designed phone on the market, thus our Editors’ Choice.

The larger S8+ overly identical, safe for a bigger screen and battery. No matter which you choose, rest assured that you’ll have the most capable handheld computer available today. Both sport an affluent design, a gorgeous display molded from curved glass, with wide screens for their body size, sleek cameras, and ability to pick wireless signals out of the air where other handsets can’t.

For this review, I will be diving deep into the smaller Galaxy S8 (unlocked version). There’s also a larger Galaxy S8+ model, featuring a wide 6.2-inch screen and a larger battery. For users in the US, the S8 is available from every major carrier as well as a number of prepaid carriers. Worth noting, various countries have different devices with different Samsung Exynos, thus function differently.

We’ve always wanted a minimalist form factor, but bigger screen size. Samsung gave its customers exactly that by simply shrinking bezels and bending edges. I found the S8 to be very slippery, so you’ll need a case for it. It is proportionately tall and narrow, measuring 586 by 2.68 by 0.31 inches, and weighs in at 5.47 ounces. Compared: it is fairly taller than its predecessor, the Samsung Galaxy S7 (5.61 by 2.74 by 0.31), though still narrower­–bearing in mind that the S7 only has a 5.1-inch display against the Galaxy S8’s whooping 5.8-inch panel.

The concept is to use the S8 in one hand, since those with small hands can easily wrap their hands around the handset. However, you’ll be making a few runs up and down the screen, than you’d do with the S7 inorder to reach all the corners of the screen. The front looks sharp, thanks to a 5.8-inch 2,960-by-1,449 AMOLED display, arguably the best so far in the market. It is crisp clear and looks bright, with good color saturation and stunning blacks. With a new 18.5.9 aspect ratio, the S8 is far much better than the 16:9 aspect ratio in most standard phones.

Other features on the phone include: a notification LED-placed above the screen and blinks when you have unread notifications. Samsung introduced a new button on the left side for activating Bixby, the new voice assistant by Samsung. The bottom is home to a single speaker, alongside a USB-C port and the usual 3.5mm headphone jack that Apple is threatening o do away with. Finally, you have a nice sounding speaker, in fact better than what you get on the S7.

It comes in three colors: black, gray, and silver. The review unit I received was set in black, though I have interacted with a friend’s gray handset as well, though both seem to pick fingerprints on the back. You might be thinking that it’s a non-issue, but remember the fingerprint sensor is on the back right next to the camera lens, so that enough reason to be concerned though there’s a slight ridge between them. That means, you will sometimes smudge the camera lens as you use the fingerprint scanner.

Interacting with the screen

Samsung made the S8 waterproof, which is a good gesture. It has a glass body with a gentle curve and is cut from material is seemingly more resilient that what you have on the S7 by up to 21 percent. Unlike the S7, it doesn’t come with a physical home button. Instead, all you have to do is press the screen and a home screen button icon pops up, with a slight haptic feedback. It functions just well, and the app drawer icon has also disappeared and all you do is swipe up from the home area.

It is one of those phones that allow you watch HD movies comfortably, with its 21:9 wide-screen, though 16:9 TV shows have some visible pillar boxing. Still, YouTube 16:9 videos look awesome, with an option to zoom and crop into full-screen mode.

Like a typical smartphone, the S8 supports almost all calling platforms ranging from HD Voice, VoLTE to Wi-Fi calling, in addition to clear call sound, with intelligent noise cancellation embedded into the microphone. For networking, you have dual-band Wi-Fi 802.11ac, which I found to work well with a number of routers in the neighborhood. There’s also NFC and MST, which simplifies mobile payments as well as ANT+ for supported smart home devices. It is the first phone with Bluetooth 5, which increases the range up to 120 feet away, though I didn’t find any other Bluetooth 5 devices around to test the S8 with yet.

The S8 comes with enough real-estate to store downloads, pictures, videos and other files. It has 64GB with 4GB RAM, alongside a microSD card slot paired with the SIM slot, supporting up to 256GB cards. Out-of-the-box about 10.7GB of the phone’s storage is taken up by the system and other non-deletable apps. A 3,000mAh battery fires up the larger, bright screen alongside the complex system functions.

With the battery in half-brightness, the phone had no problem lasting through the day on a single charge. Such a capacity means you won’t have issues having a shortest run-out time of about 15 hours, while the longest can stretch to well over 24 hours. The good news is that its quick charging feature is very quick, managing a charge of zero to 100 percent in about an hour and a half.

The Galaxy S8 is the first phone we’re testing with the Qualcomm Snapdragon 835 chipset. It brings niceties into the arena including more graphics horsepower than what competitors are offering. The snappy 835 enables the S8 to deliver optimized Samsung Web Browser, superbly rendered JavaScript and solid web performance. As if that’s not enough, the phone adds an invisible secret weapon in the modem. It is the first US phone (for those in the US carrier) with gigabit LTE and HPUE, which is a good combination for enhanced performance on all four major networks.

Android 7.0 Nougat, to the core

Samsung never relents in pushing Android to the core. And that improves the user experience. The S8 runs on the latest Android 7.0 Nougat, which comes with Samsung’s own icons, home screen, and other apps blended into the Google apps. In addition to that, Samsung keeps its camera gallery, music, and phone apps, although the music app is still an optional download. Samsung’s edge functionality has been tweaked and made better than ever, with seamless response to right-hand swipes among other features on the Edge Panels.

Best Camera Ever and Security

A 12-megapixel camera unfolds your world to a never-before pictorial experience. Although it’s the same number of pixels as the S7, the new model has a variety of modes and the S8’s pictures are crisp clear, bright and less pixelated. While it doesn’t have dual cameras, it includes a Selective Focus Mode that lets you create bokeh, and Pro mode comes handy as it includes Raw capture as well as adjusts the shutter speed. In fact, you can take pictures in low-light with enhanced details, less artifacting and improved colors. The front camera has been bumped from 5MP to 8MP and finally it has gotten autofocus, which gives you clearer selfies, and both cameras can record true 4K (2,560-by-1,440) videos, both at 30fps.

You’ll need to prove yourself inorder to gain access to the S8. It has three ways. Samsung finally realized that placing a finger next to the back camera isn’t the smartest idea, they introduced face recognition which is quick and easy. I tried and the experience was glitch-free and almost instant, although there have been rumors of folks unlocking the screen using a picture of themselves. Samsung says it’s impossible. To complicate it, Samsung ensured that you can only use your iris or fingerprint for Samsung Pay, and not your face that has been marred with claims of pictures unlocking the phone.

Phones are meant to have us connected–to each other, and the Internet. The Samsung Galaxy S8 is that phone that will not only have you connected, but also enable you create words, pictures and share them seamlessly. In fact, I see it as the best phone available for creating the things you love and sharing them, while at the same time giving you a chance to experience things shared by others.

The insider release news and leaks are rife about the upcoming Apple iPhone 8 –maybe they’ll call it iPhone X–and then we have the upcoming Samsung Note 8 that won’t be on fire ‘literally’; all these prove that 2017 will be an exciting year in tech. As of now, the Galaxy S8 stands tall as the most luxurious, best performing phone on the market right now; if you need it bigger the Galaxy S8+ delivers an even better experience. For most folks, its more phone than they need, but it’s certainly the phone you should have. All these reasons steer it to the top, and is therefore it’s our Editors’ Choice.