The Samsung NP900X3L-K06US Notebook 9 packs enough power to keep most of your demanding tasks at bay, while at the same time giving you nice eye candy on movies and light gaming.

The recently released 13.3-inch Samsung NP900X3L-K06US Notebook 9 is a neat-looking laptop from Samsung that sports some top-of-the-range specifications and features that will set you back several bucks. It features an Intel Core i5-6200U processor, 8GB of system memory and a 256GB solid-state drive (SSD), which is way better than conventional hard drives.

Aside from that, it does not really bring anything new to the competition, only that it is extremely light, thinner, harbors fine edges, and switched from aluminum to magnesium alloy body. You also have another variant of the same laptop, the Samsung NP900X5L-K02US Notebook 9, that comes with an Intel 6th-Gen. Intel Core i7 processor and a 15-inch screen while the other features remaining the same.

From an aesthetics perspective, it flaunts an Iron silver finish, making it a fancy laptop in every sense. The 13.3-inch display laptop measures 12.35 by 8.60 by 0.53 inches (WDH), hence it can easily fit into a backpack. Contrary to decades ago when laptops were heavy, thick and bulky, people nowadays take pride in thin laptops.

Samsung does not skimp on these either, it follows the trend with its 15.6-inch model weighing at just 2.9 pounds, while the 13.3- inch model weighs at 1.9 pounds much lighter than the LG gram 13Z950 which weighs 2.16 pounds. Its portability and the 2-cell lithium ion battery that offers up to 10 hours on a single charge, makes it the best companion for road warriors. 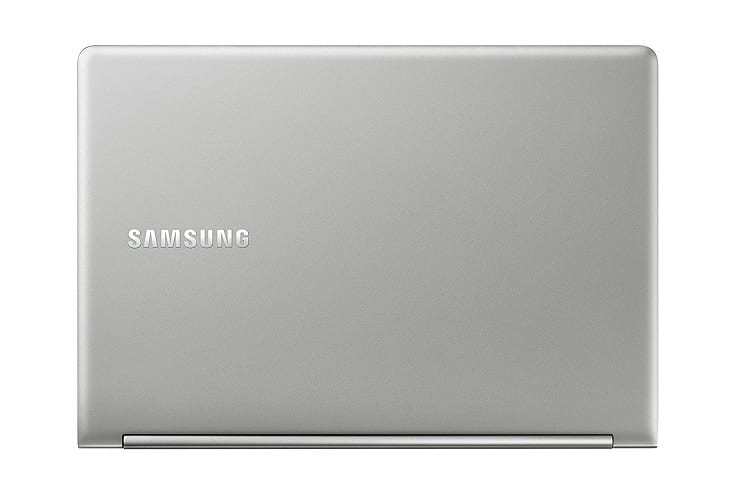 The Samsung NP900X3L-K06US Notebook 9 features a full HD display screen with a resolution of 1920 x 1080 pixels. It has a 180-degree hinge that lets the screen lie flat so you can enjoy watching with your family and friends. The brightness level reaches 400 nits, which is a good amount for both outdoor and indoor use. It also has a 720 webcam which is a good quality for shooting a video and chatting in Skype.

It has a pretty decent touchpad with a Multi-Gesture Support and a keyboard with a light sensor. It also has two stereo speakers that produce a good sound quality fit for watching movies and listening to your music.

In terms of connectivity, the laptop comes with two USB 3.0 ports, a micro HDMI and Mini VGA ports for video output if you want to expand your watching screen. Be keen enough when purchasing the HDMI cable not to end up with a Standard HDMI instead of a micro one. The 15-inch laptop comes with a reversible USB-C port and a microSD card.

There is a headphone/microphone port for your audio and an SD card slot to transfer your files. We do not expect an optical drive for such a lightweight, so in case you must use it then you have the option of purchasing an external optical drive. It has an RJ-45 port, a rare feature for a notebook, and it comes with 802.11ac Wireless LAN adapter that supports Bluetooth 4.1.

For storage, you get a superb 256 GB Solid-State drive hooked to M.2 interface, again it does not have any free slots for extra drives. The space is enough to store your files and other documents, so we won’t complain on this. It is a fast drive that boots up windows in a record 6 seconds to desktop and opens programs such as MS office and the browser effortlessly.

The laptop comes pre-installed with Windows 10 Home (64-bit). The machine is more ideal for power users and professionals intending to handle some heavy tasks such as programming, multitasking and image and video editing far from the basic activities of emailing and web browsing.

The Samsung NP900X3L-K06US Notebook 9 houses a 2.3 GHz Intel Core i5-6200U dual-core processor with a 2.8 GHz Intel’s Turbo Boost technology. This is far much better than what we saw in the Samsung ATIV Book 9 12.2 Inch Laptop that comes with Intel Core M 5Y31 0.9 GHz Processor. It receives ~3900 points in CPU Mark test, which is an excellent achievement for a laptop.

The processor is appropriate for heavy use in handling various tasks such as video and image editing with Photoshop, programming and other power demanding activities. It comes with 8GB system memory integrated onboard to save on space, this means that you cannot expand the memory. However, the 8GB is more than enough for most of the power users. 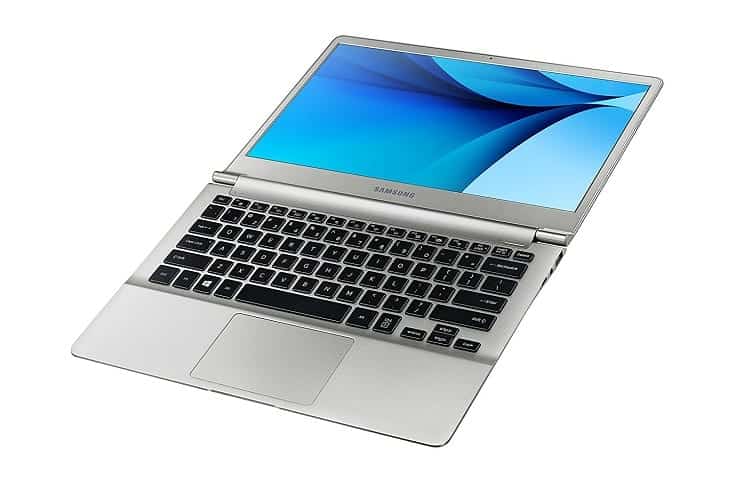 The laptop is not a gaming giant, so game enthusiasts won’t have much to smile about since the device does not have a dedicated graphics card, purely because of its small size hence there is no much space for such. The notebook comes with integrated Intel HD 520 which can only support a few games when the settings are adjusted.

Under normal settings and with a resolution of 1366 by 766, the device fired up GTA 5 and gave a decent 30FPS. For ultimate gaming, then gamers should consider the Dell Inspiron i7559-763BLK that comes with a dedicated NVIDIA GeForce GTX 960M 4GB GDDR5 graphics card to take care of all your gaming needs.

The Samsung NP900X3L-K06US Notebook 9 (and of course its sister the Samsung NP900X5L-K02US Notebook 9 is good for power users who are appreciative of the sufficient details included in this machine such as a solid state drive and Full HD resolution. There is no software that can make this machine to slow down in as much as it won’t serve the gamers well due to the lack of a dedicated graphics card. Its weight and 13” screen makes it a true Ultrabook that you can easily carry around. It might be pricey, but it is really a brilliant machine to own and run windows 10. 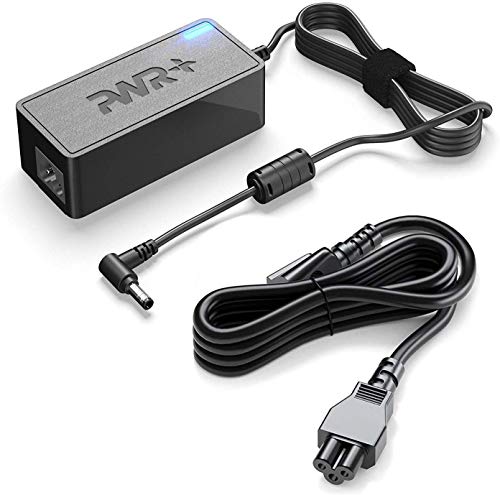