The Samsung NP900X5L-K02US is a good choice for anyone looking for a portable and powerful laptop that can perform daily work and entertainment tasks with style, but remains affordable than competitors.

Samsung has over the years stood as a strong contender in making consumer electronics and gadgets. The latest Samsung NP900X5L-K02US Notebook 9 laptop shows that the South-Korean company knows a thing or two about top-notch ultraportables and ultrabooks, and is still one of the best in the category. The follow-up to the top-rated Samsung Ativ Book 9 Series.

The Samsung Notebook 9 comes in two iterations: the Samsung NP900X3L-K06US Notebook 9 –which we reviewed earlier– a 13-incher with 2.3GHz Intel core i5 processor; and, the Samsung NP900X5L-K02US, a 15-incher with a 2.5ghZ Intel Core i5 processor and a 256GB solid-state-drive (SSD). If you’re looking at a high-end desktop-replacement laptop, then this is an excellent, less expensive alternative capable of performing daily work and entertainment tasks with style.

With a magnesium-aluminum chassis and slick design, the Notebook 9 is attractive and feels nice to hold. The laptop features a metallic finish, and it measures 0.6 by 13.6 by 9.3 inches (HWD) and weighs2.8 pounds. Put side-by-side with the competition, the Dell XPS 15 Touch is slightly bigger and heavier, while the Apple MacBook Pro is 0.71 by 14.25 by 9.75 inches and 4.49 pounds, about the same size in appearance and slightly heavier.

The ASUS Zenbook Pro UX501VW-DS71T is also of a similar size and weight at 0.8 by 15.1 by 10 inches (HWD) and 4.5 pounds. This is clearly the sweet spot for the Samsung NP900X5L-K02US, as it comes in slimmer and lighter than its competitors most of which are very similar in size and weight.

The non-touch 15.6-inch display is another highlight. With a 1920-by- 1080 resolution, the screen is sharp and clear. The viewing angles are wide, allowing you to see the picture from extreme angles without distortion. The resolution is lower than the Dell XPS 15 Touch’s 3,840-by-2,160 resolution which happens to include the full Adobe RGB color spectrum, and the ASUS Zenbook Pro UX501VW-DS71T too.

The 15-inch Apple MacBook Pro ‘s resolution is 2,880 by 1,800 in comparison, and does not feature touch technology too. We expected a backlit keyboard, but it isn’t a deal breaker for an otherwise superb system, but the 13-inch Samsung NP900X3L-K06US Notebook 9 comes with a backlit keyboard.

The system includes a 256GB solid-state drive (SSD) for fast load and boot times. A larger capacity would be nice, especially since the ASUS Zenbook Pro UX501VW-DS71T and the Dell XPS 15 Touch offer 512GB SSDs. The Apple MacBook Pro only offers 256GB as well.

The Samsung Notebook 9 is equipped with a sixth-generation 2.5GHz Intel Core i7 6500U processor, integrated Intel HD Graphics 520 and 8GB of memory. The Dell XPS 15 Touch features an Intel Core i7, an Nvidia GeForce GTX 750M GPU, and 16GB of memory, which are slightly more powerful specs all around. In our tests, the Notebook 9 was slightly behind its competitors for general productivity.

Although the differences were too far apart, the real frontier began to be felt in multimedia tests and video editing, whereby the shared memory with the graphics card began to take a toll on the system’s performance. For instance, while the Notebook 9 finished our Photoshop test in 5 minutes 38 seconds, the Dell XPS 15 Touch steered clear in 3 minutes 37 seconds, while the MacBook Pro finished the same test in 3 minutes 42 seconds.

For most medium-complex tasks, the Notebook 9 is plenty quick overall, and can complete most taxing media projects you might need to work on at a good clip. The Samsung NP900X5L-K02US Notebook 9 isn’t a dedicated gaming machine, and its integrated Intel HD 520 with shared memory compares with the dedicated NVIDIA GeForce 820M.

This means that it will handle some latest titles from 2015-2016, although at lower settings and resolutions. Clearly, the Notebook 9 may not be ready to take on 3D gaming, but it should meet all of your other needs, from streaming movies and rendering web pages to editing photos and video clips. Gaming, as mentioned earlier, is mostly out of the question for hardcore gamers, and for that you can consider the ASUS ROG GL552VW-DH71 laptop.

The best aspect of the new Notebook 9, however, is its battery life, lasting 11 hours 49 minutes in our rundown test. This is a dramatic improvement over the previous iteration (8:15), and leaves all other competitors behind by a similar margin. This improvement is largely due to the change in display resolution, making it a trade-off that many will find worthwhile.

While I was sad to see that the Samsung NP900X5L-K02US Notebook 9 didn’t offer the same touchscreen and backlit keyboard like the Dell XPS 15 Touch or ASUS Zenbook Pro UX501VW-DS71T, it was just part of the few disappointments in an otherwise premium ultraportable. The slim design and sturdy aluminum build is just as impressive as ever, and the larger 15.6-inch display offers more screen real estate in roughly the same package, not to mention the all-day battery life, a healthy port selection, and improvements to the keyboard and sound quality.

The ASUS Zenbook Pro UX501VW-DS71T is a little faster, and it includes more storage and display features that make the difference for professionals shopping for a high-end machine. As such, the ASUS Zenbook Pro UX501VW-DS71T remains our Editors’ Choice entry level high-end desktop-replacement laptop, but the Samsung Notebook 9 is a top-notch alternative that won’t be quite as hard on your wallet. 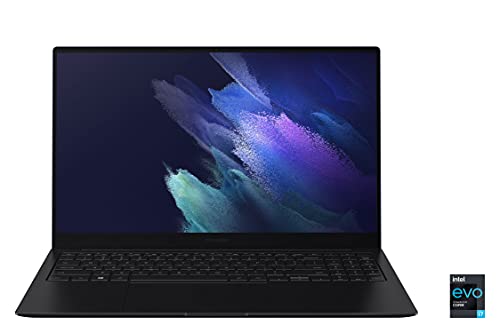