Skytech released the first version of the Shadow 3.0 gaming desktop back in 2020, ad we thought highly of it. The same great design is back in the newer Skytech Shadow 3.0, a new model that opts for AMD core components and Nvidia’s new Ampere-based RTX 3000 cards. In this case, that includes the Ryzen 5 5600 processor and RTX 3060 Ti graphics card, making this Shadow a strong value for 1080p and 1440p gaming at high frame rates.

It doesn’t quite match up to its direct competitors with Nvidia’s GeForce RTX 3080 GPU, like the Skytech Shiva, but the processor more than holds its own, and you will save some money while at it. The HP Omen 30L remains our Editors’ Choice, but the Skytech Shadow 3.0 comes close for value hunters, and those looking to jump on the AMD train as it picks up speed may find it a more satisfying package.

The Shadow 3.0 sports a fairly unique design, but if you’ve been using pre-built gaming PCs, this one might look familiar. Regardless, you’re getting a black case with excellent airflow, which we liked for its clean aesthetics and tidy interior. Personally, I like the easy access to the dust filters at the top. However, I’d prefer more connectivity that the pair of USB 3.0 ports up top, alongside the headset jack, power and reset buttons.

External expansion options are excellent, and to some extent you might consider it expansive. Around the back, you get more USB ports including 2.0, 3.0 and 3.2 Gen 1, as well as HDMI and Display Port on the RTX 3060 Ti graphics card.  Wireless connectivity comes in way of 802.11AC.

Also bundled into the package are a gaming mouse and keyboard, but for the monitor you’ll have to acquire one separately. For 1440p gaming, we recommend something like the 27-inch LG 27GL83A-B, that boasts a 144Hz refresh rate, 1ms response rate and Nvidia G-Sync support.

As you might expect given its pairing of AMD’s capable CPU and Nvidia’s RTX 3060 Ti, gaming at 1080p and 1440p is stellar. That said, the Skytech Shadow faces stiff competition from other pre-built machines equipped with the RTX 3070 and 3080 GPUs. CyberpowerPC’s Gamer Xtreme GXiVR8080A8 rings an RTX 2070 card and a higher-end Intel Core i9-9900K processor. And, HP’s Omen 30L features Nvidia’s GeForce 3070 graphics card paired with an Intel Core i7-10700KF graphics card.

The latter system is quite powerful, with better performance than the Skytech Shadow, but it sticks close on pricing, just a few hundred dollars more than the price you’re paying for our Skytech system. Again, if you care at all about value, you might have to skip the high-end RTX 3090 and opt instead for a 3080 or below.

In Shadow of the Tomb Raider (high settings), the Shadow 3.0 plays at 153 fps at 1080p resolution, but the frame rates drop to 103 fps in 1440p resolution. For a system that costs just over one grand, this is decent performance, and it proves that you can get away with over 50 fps in 4K resolution.

The components in our configuration of the Skytech Shadow 3.0 make for a capable and powerful machine. In fact, it doubles up for gaming pretty well, but if you can make use of lots of cores, it’s easier to recommend this AMD-based configuration.

We’re looking at an AMD Ryzen 5 3600 processor, 16GB RAM and 1TB NVMe SSD storage, in addition to Nvidia’s GeForce RTX 3060 graphics card. This is a solid configuration that you can use on pretty every productivity task, may it be, media creation, video editing, or anything else – it will deliver effortlessly

The new model of the Skytech Shadow keeps what we liked about the company’s other gaming rigs (namely palatable pricing) but adds new component options that should be appealing to most shoppers. AMD has been on a roller-coaster lately with its processors, and the new Ampere-based GPUs are nothing short of impressive

The processor is capable of running most productivity tasks and the GPU provides a notable bump over budget desktops, without breaking the bank. Nothing here is revolutionary, but the Skytech Shadow 3.0 is a smart marriage between form and function that we can easily recommend for gamers looking for a prebuilt bargain. 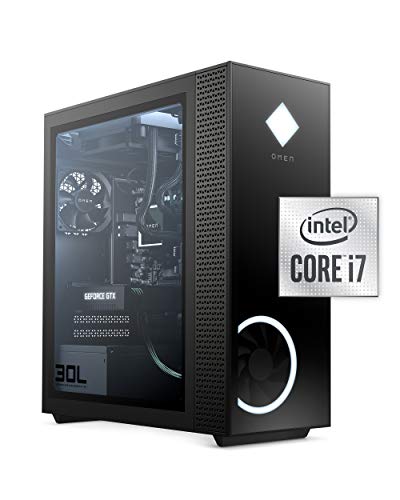